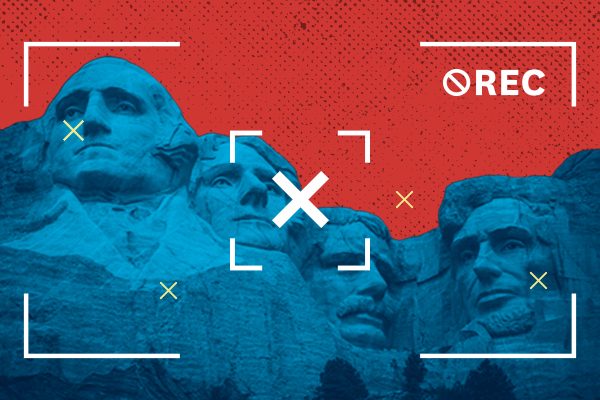 WASHINGTON, D.C., Aug. 26, 2022 — Visiting D.C.? Planning to take video at the Lincoln Memorial for your YouTube channel? Not so fast. Thanks to the National Park Service and the D.C. Circuit Court, that video on your iPhone could land you in jail if your YouTube viewership generates any revenue.

The Foundation for Individual Rights and Expression is deeply troubled by this week’s D.C. Circuit Court decision in Price v. Garland that upheld a National Park Service fee and permit requirement for commercial videography in national parks.

In upholding the constitutionality of NPS’ permit and fee regime, the court drew a bewildering distinction between the act of filming and other steps in ultimately communicating through film, holding that recording video “involves merely a noncommunicative step in the production of speech.” The court’s conclusion runs counter to decades of case law finding that the process of filmmaking is expressive, and that the First Amendment equally protects the creation and dissemination of speech, both of which are essential for communication.

The downstream implications of such a distinction are staggering: Ansel Adams would enjoy full First Amendment protection to exhibit his famous National Park photos, but not in taking them. A budding poet (the next Henry David Thoreau, perhaps?) heading off to the woods to write a book of poetry would be fully protected by the First Amendment in selling the book, but not in actually writing it.

“One has to wonder how the First Amendment can fully protect your ability to distribute your movie if your right to actually make it in the first place is diminished,” said FIRE General Counsel Ronnie London, who — as an attorney at Davis Wright Tremaine prior to joining FIRE — represented part-time independent filmmaker Gordon Price in his lawsuit against the National Park Service. (Bob Corn-Revere of DWT, who is also a member of FIRE’s Advisory Council, was and remains lead counsel.) “By the court and NPS’ logic, backpackers who upload ‘van life’ footage of their travels to Instagram for ad revenue without a permit and paying a fee to the government deserve to be in jail.”

The D.C. Circuit Court’s ruling reverses a lower court’s ruling that held the NPS permit and fee regime unconstitutional. Filmmaker Gordon Price, who filed the lawsuit alleging the regime violates the First Amendment, initially faced a misdemeanor charge after NPS officers served him a citation for “commercially filming” in a national park without a permit.

In order to create his 2018 film, “Crawford Road” — about a reportedly haunted stretch of road in York County, Virginia, the location of unsolved murders — Price filmed scenes in the Colonial National Historical Park, which is administered by the National Park Service. Before filming, he did not obtain a permit or pay the fee required by NPS.

When park rangers got wind that Price had premiered “Crawford Road” at a restaurant in Newport News, Virginia, they issued him a citation because he hadn’t obtained a permit for “commercial filming” in a national park. In the wake of the criminal charge, Price canceled further screenings and removed all footage shot on NPS land from “Crawford Road.” Discussions about a distribution deal for the film came to a halt.

Although NPS ultimately dropped the prosecution after the criminal court judge advised Price to get counsel and First Amendment lawyers stepped in to constitutionally challenge the charge, Price subsequently sued the government, alleging the permit and fee regime violate the First Amendment. A U.S. District Court judge initially agreed with Price that the permit and fee regime are unconstitutional. But on Aug. 23, the D.C. Circuit, in a 2-1 split decision by Senior Circuit Judge Douglas H. Ginsburg, reversed the decision of the district court in a blow to First Amendment doctrine that considers all steps in the filmmaking process protected expressive activity.

In a dissenting opinion, Judge David S. Tatel noted “the Permit Regime applies to an extraordinarily broad group of people, ranging from large-scale filming operations, to small documentary film crews, to individuals who take short videos on their phones and later monetize this content on social media platforms.” As the dissent explained, the consequence of the majority decision means that anything from recording commentary for YouTube to filming a protest on the National Mall could be illegal without a permit if the creator intends to profit from the footage.

What’s worse, Judge Tatel continued, the majority — “for the very first time — disaggregate[s] speech creation and dissemination, thus degrading First Amendment protection for filming, photography, and other activities essential to free expression.” By the majority’s logic, that includes expressive acts outside filmmaking, such as newsgathering by a journalist ahead of publication or the physical acts of writing or painting.

“The potential ramifications of the Circuit Court’s First Amendment interpretation are staggering,” said London. “The NPS’ motto is to foster ‘enjoyment, education, and inspiration,’ but it’s trampling filmmakers’ rights instead.”