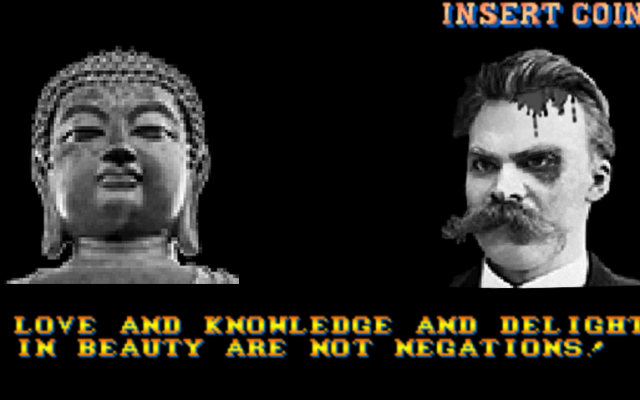 As we do every month here at the Eternally Radical Idea, here are my recommended album, book, and “nerd treat.” 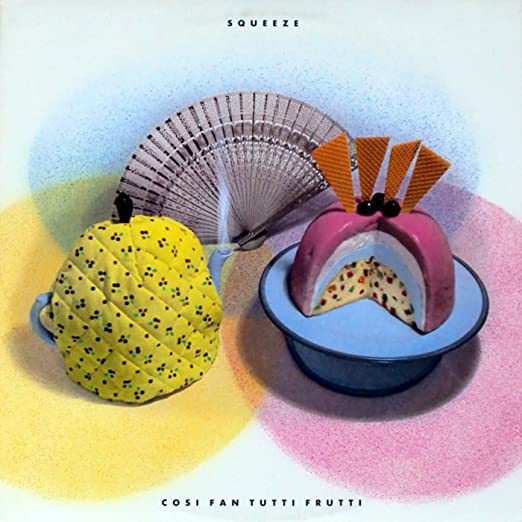 This month, the Prestigious Fats Waller Award goes to 1985’s “Cosi Fan Tutti Frutti” by Squeeze. This is a favorite album of mine, and it fits into the category of “experimental album by otherwise mainstream or pop artist.”

Other albums that fit in this category include “The Nylon Curtain” by Billy Joel, an album that I actually think kind of works; “In a Metal Mood: No More Mr. Nice Guy” by Pat Boone, which is so bad it’s great; and “Chris Gaines: Greatest Hits” by Garth Brooks, which went further down the experimental rabbit hole when Childish Gambino covered one of the tracks.

Squeeze had a special place in my family growing up. My mother is British, and we spent a lot of time in England as kids. It was nice to have a band that so exemplified aspects of working class British culture while at the same time producing great pop.

Where Squeeze really excels is in storytelling. A lot of their songs, particularly on this album, are like little short stories. They revolve around classic Squeeze themes like alcoholism and family issues (best exemplified by “King George Street”), but this album even includes a story about a tourist to discovering his plane is being hijacked (“Hits of the Year”), and an imagined shut-in who only understands the world via his TV (“Heartbreaking World”). It also includes the best hangover song of all time, “I Won’t Ever Go Drinking Again.” 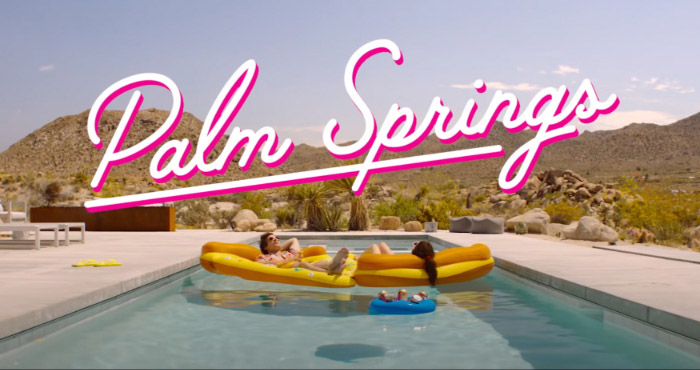 This month’s Prestigious Jack Kirby Award goes to the 2020 Hulu movie “Palm Springs” starring Andy Samberg and Cristin Milioti. It qualifies as a “nerd treat” because… you know what, I’m not going to spoil it. The less you know about this movie, the better.

All you really need to know is that it’s a mildly raunchy, mildly romantic, light comedy that takes an inventive turn.

The Prestigious Ashurbanipal Award: (The first half of) “A History of Western Philosophy” by Bertrand Russell 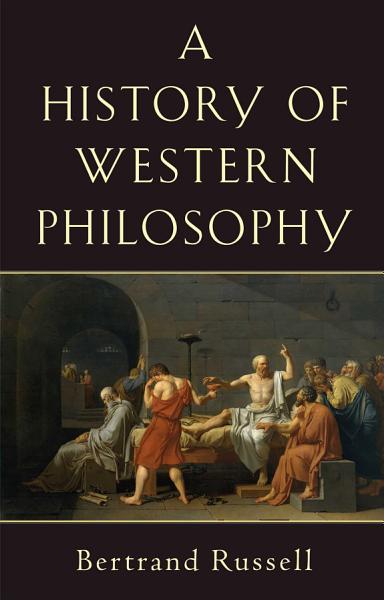 Here’s the bad news (and it is pretty bad for a book about philosophy): I would say that the sections on philosophy from Descartes on up were disappointing. Russell is determined to argue with the philosophers, rather than get out of the way and explain them. He often chooses things to argue about related to their views on science, which are easily disproved. It left me thinking too many great minds had pretty silly theories — a conclusion that is probably true, but I also suspect doesn’t give them a fair shake. The sections on more modern philosophers left me less interested in studying more philosophy than I was when I went in, which misses the point.

So how on earth do I get past that terrible conclusion?

Well, first of all, my recommendation is that you don’t need to read the whole thing. Read the section on ancient philosophy and the Greeks. It is delightful, beautifully written, surprisingly funny, and I learned a lot, particularly about Orphic traditions of ancient Greece.

And here’s the other reason: While going through the book, there were just moments of absolute gorgeousness and brilliance that will stay with me for the rest of my life. One of the later highlights is excerpted below, in which Bertrand Russell sets up an imaginary debate between Buddha and Friedrich Nietzsche. I’ve always been a Nietzsche skeptic, and have a soft spot for Buddhism, so I’m biased, but, man, I just felt like I had to share a sample of this:

Nietzsche, whom only Omnipotence could restrain from interrupting, would burst out when his turn came: “Good heavens, man, you must learn to be of tougher fibre. Why go about snivelling because trivial people suffer? Or, for that matter, because great men suffer? Trivial people suffer trivially, great men suffer greatly, and great sufferings are not to be regretted, because they are noble. Your ideal is a purely negative one, absence of suffering, which can be completely secured by non-existence. I, on the other hand, have positive ideals: I admire Alcibiades, and the Emperor Frederick II, and Napoleon. For the sake of such men, any misery is worth while. I appeal to You, Lord, as the greatest of creative artists, do not let Your artistic impulses be curbed by the degenerate fear-ridden maunderings of this wretched psychopath.”

Buddha, who in the courts of Heaven has learnt all history since his death, and has mastered science with delight in the knowledge and sorrow at the use to which men have put it, replies with calm urbanity: “You are mistaken, Professor Nietzsche, in thinking my ideal a purely negative one. True, it includes a negative element, the absence of suffering; but it has in addition quite as much that is positive as is to be found in your doctrine. Though I have no special admiration for Alcibiades and Napoleon, I, too, have my heroes: my successor Jesus, because he told men to love their enemies; the men who discovered how to master the forces of nature and secure food with less labour; the medical men who have shown how to diminish disease; the poets and artists and musicians who have caught glimpses of the Divine beatitude. Love and knowledge and delight in beauty are not negations; they are enough to fill the lives of the greatest men that have ever lived.”

You should check out the entire exchange, which appears at the end of chapter 25, “Nietzsche.”