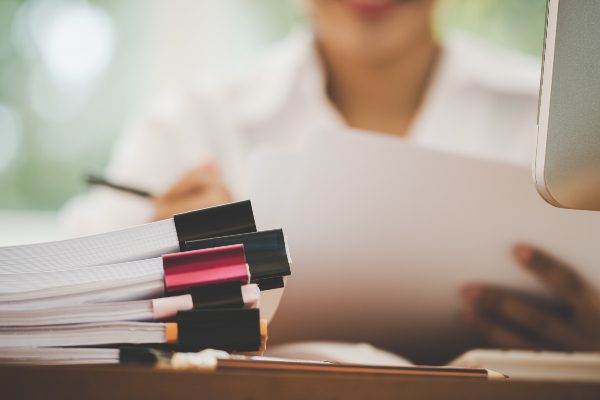 In April, the Department of Justice (DOJ) moved the goalposts on enforcing federal sexual harassment law on college campuses. According to DOJ’s new directive to the University of New Mexico (UNM), Title IX requires a “prompt, thorough, and impartial” investigation into every complaint about sexual harassment. Because federal agencies have defined “sexual harassment” broadly to include speech protected by the First Amendment, DOJ’s instructions to UNM effectively compel colleges to subject protected speech to official investigations. These investigations are, as we have seen repeatedly, likely to have a chilling effect on protected speech.

DOJ’s mandate creates a significant conflict between college administrators and the First Amendment. Overbroad definitions of sexual harassment previously mandated by the Department of Education’s Office for Civil Rights, including “unwelcome conduct of a sexual nature” (speech included), create the possibility that students and faculty will be punished for protected speech. But DOJ’s standard creates an additional risk: Even if students and faculty are not ultimately disciplined, they’re all but guaranteed to be subjected to investigative processes, meetings, and inquiries.

That’s not to say that every investigation will have an impermissible chilling effect on speech. An investigation, when properly managed, can be limited to a simple inquiry into whether official, punitive action may or should be taken, without subjecting the speaker to an intrusive, chilling investigation. The Supreme Court, in Laird v. Tatum (1972), held that broad, intelligence-gathering programs do not, “without more,” impermissibly chill speech.

But, as Professor Lawrence Rosenthal at Chapman University has observed:

The precise holding of Laird is narrow—the Court considered the alleged chilling effect of a program of intelligence gathering “without more.” The lower courts have accordingly read Laird to render nonjusticiable First Amendment attacks on an investigation when the plaintiff cannot prove that it was a target of an investigation, but plaintiffs who can establish that they have actually been targeted for investigation are usually thought to have presented justiciable claims, at least when they also establish objective evidence of a chilling effect associated with the complained-of investigation or some other tangible consequence for the protected activities of the investigative target.

There is no doubt that legislative investigations, whether on a federal or state level, are capable of encroaching upon the constitutional liberties of individuals. It is particularly important that the exercise of the power of compulsory process be carefully circumscribed when the investigative process tends to impinge upon such highly sensitive areas as freedom of speech or press, freedom of political association, and freedom of communication of ideas, particularly in the academic community.

In other words, while the First Amendment does not require college administrators to refrain from collecting information, there are some limits to how an investigation may be undertaken.

The point at which an investigation crosses from permissible information-gathering to impermissibly chilling is unclear. The standard, according to the U.S. Court of Appeals for the Ninth Circuit, is not subjective—that is, not whether this speaker would be deterred from continuing to exercise their First Amendment rights, but whether the acts “would chill or silence a person of ordinary firmness from future First Amendment activities.”

On campus, FIRE has seen and documented the chilling effects that misguided investigations can have on protected speech.

For example, The Sun Star, a student newspaper at the University of Alaska Fairbanks (UAF), was subjected to sexual harassment investigations and appeals—lasting nearly a year—following a professor’s complaints about two articles. One article, published in The Sun Star’s annual April Fools’ Day edition, used an image from the Robin Williams film Patch Adams to joke that UAF was constructing a new building in the shape of a vagina. The second article was a serious and critical examination of a “UAF Confessions” Facebook page, including screenshots of a publicly available post criticizing a student’s sexual activities and an interview with the student herself. After a professor filed sexual harassment complaints in response to each article, UAF initially determined that the articles were protected by the First Amendment. The professor appealed, and UAF hired an independent attorney to review the matter—again.

The chilling effects from the investigations were palpable. The editor-in-chief of The Sun Star wrote about how students were “hesitant to speak out against the university because they are either planning on attending graduate school, applying for a job or working for a department and are afraid of retaliation.” She also described how she was encouraged by UAF’s Dean of Students to drop out of a class taught by the professor who filed the complaint. In an interview with FIRE, the editor described how The Sun Star opted not to publish an article about sexual assault because of the investigations:

These concerns weighed heavily on The Sun Star’s student journalists until FIRE intervened and the investigation was dropped.

At the University of Wisconsin – Superior (UWS), an April Fools’ Day edition (are you sensing a theme here?) of the Promethean resulted in a similar, though fortunately much shorter, investigation. There, a UWS student complained that the April Fools’ edition was not sufficiently labeled as satirical and was offensive, prompting UWS to publicly condemn the Promethean and publicly announce—in a Facebook post—that it was investigating the student newspaper. UWS, while announcing its investigation, called for an open dialogue amongst its students. As I wrote at the time:

[I]n announcing an “investigation,” while simultaneously promoting “open dialogue,” UWS contradicts itself. It cannot have open dialogue while announcing to the conversation’s participants that some of them are under investigation for their protected speech. That only deters members of the community from having a frank and open discussion.

The Sun Star and the Promethean are not alone. At Southwest Missouri State University, the advisor and student editor of The Standard were investigated for an editorial cartoon—drawn by a Native American student—that a Native American group found “offensive.” In the course of the investigation, the advisor and editor were summoned to attend a “mediation” to discuss the cartoon.

Chilling investigations are not limited to student newspapers, of course. At the University of South Carolina (USC), students created a display of posters about campus free speech issues, and were then subjected to an investigation for having done so. With FIRE’s help, the students are now suing USC.

As my colleague Catherine Sevcenko explained, being called to an administrator’s carpet to explain speech is chilling in its own right:

[The students] were forced to spend 45 minutes explaining the message of each poster to an official from the Office of Equal Opportunity Programs. People in this country should not have to submit to questioning by a government bureaucrat to justify their beliefs — in this case, the belief that censorship on university campuses is wrong.

The basic premise of the First Amendment is that citizens can say what they want (with some narrow exceptions) without having to fear that a government bureaucrat will knock on the door and, backed by the power of the state, demand an explanation.

And, as regular readers of The Torch will know, Northwestern University subjected Professor Laura Kipnis to a 72-day Title IX investigation over an essay published in The Chronicle of Higher Education. Several complaints alleged alternatively that Kipnis had discussed publicly known facts concerning a sexual assault investigation and that she hadn’t included more information.

Chilling effects can come in a variety of forms. Some, like those experienced by students at UWS, involve a fear that continuing to engage in the kind of dialogue that prompted the investigation may result in further charges. Or, worse, students may fear that investigators will use their explanation of the controversy against them. Some subjects of investigations feel it necessary to retain counsel, often at great expense. Others may be required to meet with administrators or other campus stakeholders as part of the investigation, which may be annoying or inconvenient enough to discourage them from speaking provocatively in the future. And, of course, almost every subject of an investigation will have the nagging worry that they will be officially sanctioned, risking their jobs, scholarships, or opportunities to attend graduate school.

In the early 1990s, University of California Berkeley’s Prof. Malcolm Feeley coined a phrase—in connection with the lack of “justice” resulting from low-level criminal courts—that the “process is the punishment.” Feeley observed that people were more likely to plead guilty to criminal offenses because the cost of doing so—fines or a brief stay in jail—was much lower than the cost of fighting the charges: the cost of hiring an attorney, of losing a job during a lengthy stay in jail awaiting trial, and so forth. When it comes to speech, the cost of staying silent may be seen to be far lower than the price and pressure of being subjected to an investigation.

The investigation is often the punishment.