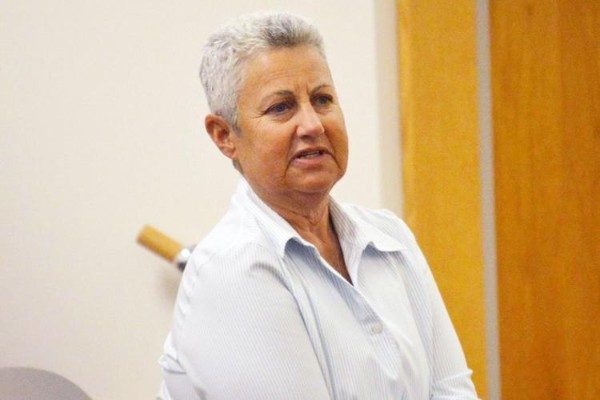 PLYMOUTH, N.H., April 30, 2019 — Former Plymouth State University adjunct professor Nancy Strapko reached a settlement with the university after she was fired for testifying in a criminal proceeding. Plymouth State agreed to pay Strapko $350,000 to avoid a lawsuit over her firing.

Earlier this year, the Foundation for Individual Rights in Education listed Plymouth State as one of its 10 Worst Colleges for Free Speech because of Strapko’s firing and the chilling effect it has on faculty exercising their civic responsibilities.

“Professor Strapko was fired for nothing more than her witness testimony — and that is a blatant violation of her First Amendment rights and a clear violation of Plymouth State’s free speech promises,” said Zach Greenberg, program officer in FIRE’s Individual Rights Defense Program. “Plymouth State disregarded the profound societal importance of ensuring that people with relevant information come forward when called to testify in criminal trials — a civic responsibility that forms the backbone of any functional system of justice.”

Strapko served as an expert witness for former Exeter High School guidance counselor Kristie Torbick, who pleaded guilty to sexually assaulting a 14-year-old student in July 2018. The trial inflamed widespread controversy, with many calling for Plymouth State to punish Strapko for testifying. The university caved to the pressure almost immediately, informing Strapko that “based on the current situation surrounding the letter you submitted to the court in the Kristie Torbick case, you will not be hired again at Plymouth State University.”

FIRE wrote to Plymouth State in September to explain that the First Amendment prohibits a public university from punishing its professors for testifying in judicial proceedings. FIRE called on Plymouth State — one of just 49 schools nationwide with FIRE’s highest, “green light” rating for its free speech policies — to put its policies into practice and protect the free speech rights of its faculty.

The settlement agreement between Strapko and the university was signed on Feb. 15, but the details became public only yesterday in an article from the New Hampshire Union Leader. The agreement includes a joint public statement from the university and Strapko: “The parties abhor all forms of interpersonal exploitation, in particular the sexual abuse of children. They also agree on the importance of witnesses participating in the criminal justice process, including criminal sentencing.”

FIRE has defended professors punished for what they say in class and over social media, as well on their office doors and on blogs — but this is the first time in FIRE’s history where a professor’s participation as a witness in a criminal proceeding drew the ire of university administrators. The profound civic importance of fair trials requires the ability of witnesses to be able to come forward and testify truthfully without fear that their government employer might retaliate against them.

“This settlement represents the high costs of failing to uphold the First Amendment rights of faculty at a public university,” said Greenberg. “Universities should learn from Plymouth State’s mistake by committing to protect free speech on campus — and honoring those commitments in practice.”