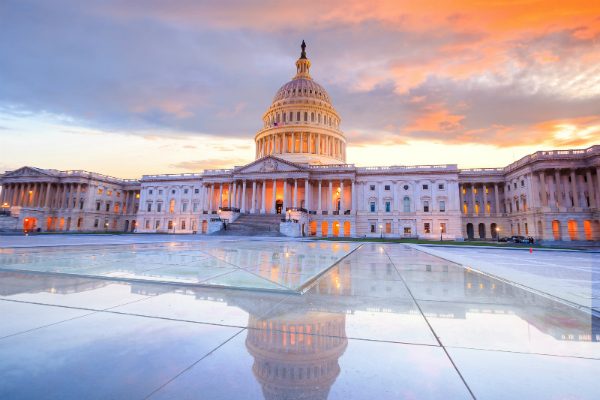 In March, the President issued Executive Order 13864, directing federal agencies to “take appropriate steps” to “promote free inquiry” at institutions of higher education that receive federal research and education grants. The Executive Order provides that this should be achieved “through compliance with the First Amendment for public institutions and compliance with stated institutional policies regarding freedom of speech for private institutions.” In response, FIRE pledged to “watch closely to see if today’s action furthers the meaningful, lasting policy changes that FIRE has secured over two decades — or results in unintended consequences that threaten free expression and academic freedom.”

Last month, the White House’s Office of Management and Budget published notice that the Department of Education will soon formally issue proposed new regulations to implement the Executive Order. Crafting such regulations will need to be done with great care to avoid producing unintended adverse effects that will do great harm to free speech on college campuses.

Here are FIRE’s initial thoughts on approaches the Department of Education must avoid to ensure that the forthcoming rules don’t backfire.

The Department of Education can play an important role in promoting free speech on college campuses, but it cannot replace the judicial process for resolving allegations of specific instances of censorship. Attempting to duplicate the judicial process would be problematic for several reasons.

First, unlike the judiciary, the executive branch is inherently and explicitly political. Resolving free speech cases often involves analysis of speech that partisans on one side or another find deeply offensive. Allowing even well-intentioned political actors to resolve these cases inevitably means politicizing these disputes. FIRE is deeply skeptical that political appointees will be as vigorous as judges in defending the speech they loathe. If the public perceives political bias in how administrations handle these cases, trust in the value of campus free speech will erode.

Duplicating the judicial process will also steer meritorious claims away from the judiciary, where resolving censorship disputes has the potential to create binding precedent. Judicial precedent generated by campus free speech litigation has been vital to protecting the rights of all students, not just those censored in a particular instance or at a particular school. To continue to successfully defend and advance student speech rights, litigants need to continue securing judicial precedent that applies beyond their own particular case. While a federal agency’s action on a dispute could bind the institution involved in that case, it would merely be influential to others. But federal court decisions, especially from the Supreme Court and circuit courts, are binding on other institutions as well.

Beyond the harm of politicization and the loss of judicial precedent, the third reason the Department must not create a process that would divert campus free speech cases from court is that the Department of Education is not a subject matter expert on the First Amendment. The judicial process is superior for resolving these cases because its procedures ensure that parties have the opportunity to fully brief the issues and invite the participation of non-party experts through amicus curiae briefs. This is particularly helpful in cases involving unsettled or evolving areas of the law. Federal agencies are not similarly equipped, nor are they bound by robust procedures that are directed toward producing just outcomes.

People may be surprised to find that FIRE strongly opposes tying the receipt of federal funding to the outcome of court cases — especially right after we pointed out that the judicial branch is far better suited to resolve free speech disputes than federal agencies. But there are important reasons we take this position.

The primary reason why it would be disastrous to tie receipt of federal dollars to the outcome of free speech lawsuits against those institutions is because doing so will dramatically skew the incentives for litigants, and not for the better. If institutions risked losing tens of millions of dollars (and, in some instances, hundreds of millions of dollars) by losing free speech litigation, institutions would have incentives to either (1) settle every claim brought before them, regardless of how frivolous, or (2) fight each case to the bitter end. Neither outcome would be good for free speech.

If a college or university risked losing federal research dollars by losing free speech lawsuits, plaintiffs would have incredible leverage over institutions — leverage we cannot expect them to always use judiciously. An institution might rationally choose to prematurely settle a claim of little merit, rather than risk an unexpected ruling, and this incentive might well encourage more such claims. Flooding the system with frivolous claims will undermine advocacy on behalf of those with meritorious claims, not only by diverting resources that could be better used to resolve the solid cases, but also by sowing judicial and public skepticism of the legitimacy of free speech complaints generally.

What’s more, providing institutions an extremely powerful incentive to avoid losing a free speech suit at all costs will foster a litigation environment where institutions unable to settle instead rationally choose to fight cases — especially cases on the cutting edge of First Amendment jurisprudence — to the bitter end. This litigation posture would dramatically increase the costs for plaintiffs and extend the length of cases by years. And because current interpretations of jurisdictional limitations allow for some free speech claims to become moot when a student graduates, dragging cases out will likely become an even more common defense tactic.

Moreover, if there is one key lesson taught by the all-or-nothing approach of tying all federal funding to compliance with Title IX, it is this: In their zeal to avoid such a drastic penalty, institutions will overreact. Currently, institutions regularly overreact to speech that is perceived to be a Title IX problem by engaging in unlawful censorship. While overreaction in the other direction — allowing actually unprotected expression to flourish on campus — might seem superficially appealing to free speech advocates, further blurring the lines between protected and unprotected speech is likely to cause public support for free speech on campus to wane.

And finally, if a university were to end crucial scientific research because of a successful challenge to its censorship efforts, the collateral damage to society could be considerable. At FIRE, we litigate campus free speech cases. We want there to be meaningful consequences when institutions engage in censorship, but people outside the university who are not responsible for the institution’s decisions should not be made to suffer when administrators fail to make the right calls. From a legal perspective, we certainly don’t want judges (particularly in close cases, or in cases that would expand free speech protections) to think that lifesaving medical research will be lost if they rule against a school. If a school is able to make the case that this would indeed be the consequence of losing a court case, we predict that at least some judges will do anything they can to avoid ruling against institutions.

FIRE is hopeful that when the Notice of Proposed Rulemaking is published, the Department will heed our warnings and implement the Executive Order in a manner that avoids the serious consequences outlined here. We look forward to formally providing our input on the NPRM once the process begins.