FIRE > Newsdesk > The Eternally Radical Idea > The final Prestigious Awards of 2020: A Christmas list just in time for New Years! 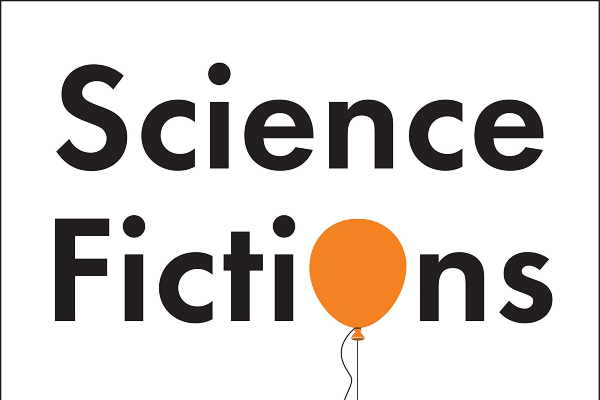 Okay, so much like my Christmas shopping, I have waited till the last minute to do our final awards of the year. And this year I’d like to make it more of a Christmas list…

I know, I know. I don’t mean it in the mean-spirited right-wing way of saying “screw your nonconforming beliefs!” But I also don’t feel the temptation to temper my warmhearted well-wishes for the season with graveness and guilt. I am an atheist who not only says “bless you” when people sneeze and likes to pepper my speech with “hallelujah” and other religious terminology, but who also has a sentimental soft spot for all things Christmas-y.

My rule of thumb, to go back to a point Jonathan Haidt and I discussed in a very different context, is just to consider the intention behind holiday well-wishes. If someone is saying “Merry Christmas,” “Happy Hanukkah,” “Happy Kwanzaa,” or “Happy Feast Day of Mithra” to you, with love and affection and joy in their hearts, don’t try to turn it into an insult.

The Prestigious Fats Waller Award: “Everyday is Christmas” by Sia 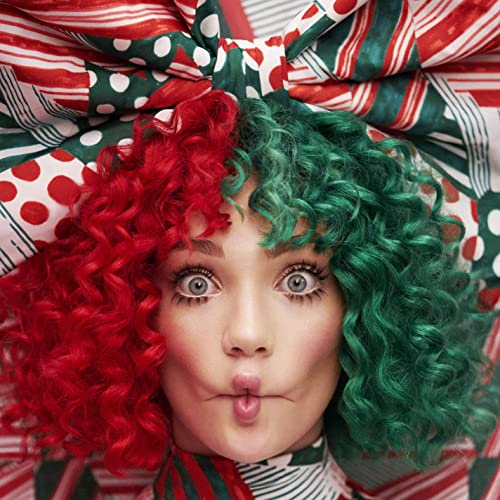 The winner of the Prestigious Fats Waller Award for December is Sia’s “Everyday is Christmas.”  I literally can’t remember another artist doing an entire album of Christmas songs, but apparently this used to be quite a thing, including some real gems from Etta James and a surprisingly disappointing “James Brown’s Funky Christmas.”

But here Sia is once again really trying to upgrade the genre. The single seems to be “Santa’s Coming For Us,” which came with a video featuring Kristen Bell, Dax Shepard, Henry Winkler, Susan Lucci, and, as Santa, J.B. Smoove. There’s also a trilogy of claymation videos for songs on the album: “Candy Cane Lane,” “Ho Ho Ho,” and “Underneath the Mistletoe.”

My personal favorite is “Underneath the Mistletoe,” a surprisingly effective Christmas ballad that somehow manages to make the mere repetition of “you and me babe, underneath the mistletoe” work for surprising effect. It seems to capture the spirit of the time of year in which we’re all longing to see each other.

My newly three-year-old, Maxwell, has a favorite song on the album, too: “Ho Ho Ho.” It’s catchy and fun, and he likes to get up and dance to it even if he’s at the dinner table. But it’s hard for me to take it entirely positively, given that the song is all about drinking, and Sia’s masterpiece, “Chandelier,” is a song clearly about alcoholism. I therefore prefer to classify “Ho Ho Ho” as a Boxing Day song — which is, after all, a day for lying in your living room, binge watching TV, eating leftovers, and drinking with your family if possible. 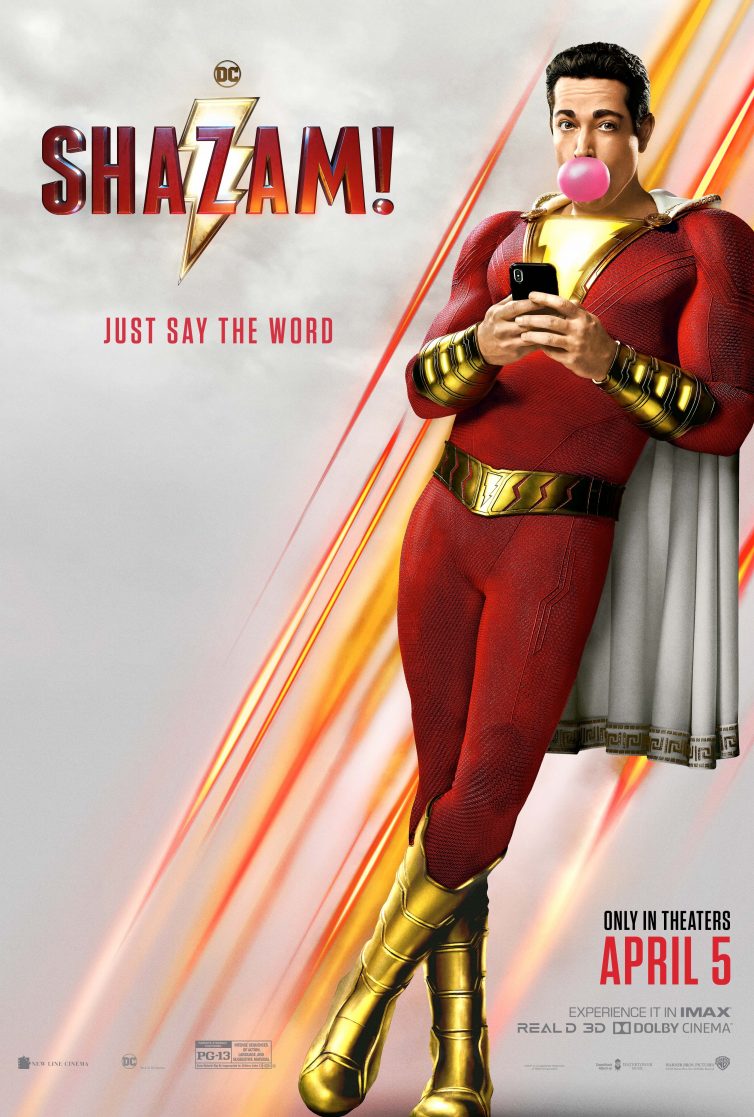 The Jack Kirby goes to “Shazam!” This has become my new favorite Christmas movie. Zach Levi is absolutely perfect as the Big Red Cheese himself, Mark Strong is an ideal Dr. Sivana, and the younger actors all kill it. It gives you the sense of what it might really be like if a 14-year-old boy got superpowers. It’s fun, funny, and good for the whole family. There is a scene or two that might be a little scary for younger children, but my kids enjoyed it.

As some of my twitter followers may know, I have an ongoing argument with my old friend David French about whether DC is better than Marvel. This is, of course, an insane argument, as Marvel is so clearly 100 billion times better. This was never clearer than after “Batman v. Superman: Dawn of Justice” came out, a movie that should’ve been amazing — that even a fairly forgiving nerd like me can’t think about without getting angry and screaming to the universe “MARTHA!?”

But I was just about to give David some credit, because DC started a good run with the truly excellent first “Wonder Woman,” the ridicu-tastic & delightfully silly “Aquaman,” and now with the just plain great “Shazam!” I’m sure with Patty Jenkins in charge, “Wonder Woman 1984” will be excellent too, so why don’t I just take a sip of my coffee right before sitting down to watch…

The Prestigious Ashurbanipal Award: “Science Fictions: How Fraud, Bias, Negligence, and Hype Undermine the Search for Truth” by Stuart Richie 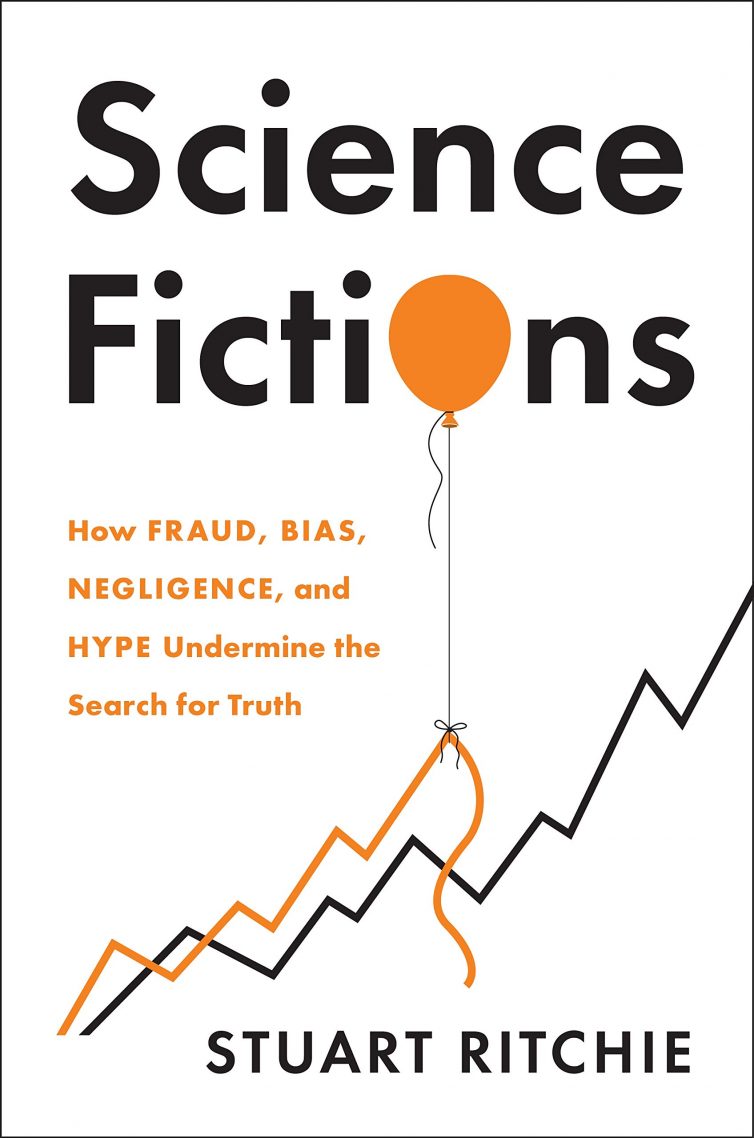 For the final recipient of 2020, the Prestigious Ashurbanipal award goes to Stuart Richie‘s “Science Fictions: How Fraud, Bias, Negligence, and Hype Undermine the Search for Truth.”

This book is much more than a book about the “replication crisis” in science, though it does cover that as well. This is a call to arms for us to realize how much our current levels of research fall short of historical norms. It argues its case in crisp, clear language, and is a powerful reminder to people like me to triple-check social science research and be ready to update their thinking if it relies too much on any one particular experiment.

It has also convinced me to support the open science movement. Indeed, one tiny reform that I would make that could vastly improve the world is to make sure that all academic journals are available for free to the public. (I’d also like to see Capitol Hill interns paid, K-12 begin at least one hour later so kids can sleep, and eleventy-jabillion dollars being spent on improving the safety of fission reactors and researching fusion reactors … but I digress.)

Unsurprisingly, I was particularly interested in the section on bias, as that comes closest to my work. Richie does talk about concerns about political bias, and even cites the excellent article by Jose Duarte, my friend Jonathan Haidt, and many others talking about the problem of lack of viewpoint diversity in higher education and among researchers. And while Richie is absolutely right that even in a situation of political imbalance science can still be of excellent quality and minimize the role of individual bias, I think he might want to revisit that in light of the powerful forces we’ve seen in recent years, demanding not just conformity in terms of personally held opinions, but going after individual publications and experts if their academic research shows “the wrong” thing. For example:

But I don’t hold this against the book at all. Of course, I’m biased towards my own area of expertise and specialization. This is a must-read, and I hope we will heed its warnings and improve our science. Also, I would love it if Stuart Ritchie would come on our podcast to discuss his magnificent book.

That winds down the Prestigious Awards for 2020 — but not FIRE’s work. As of the end of November, our requests for help were 80% higher than the average of the prior five years. Meanwhile, we’re doing more to advance free speech culture than ever, including our high school curriculum, student journalist hotline, and our free speech orientation program.

Please consider supporting our work, and thank you if you already have!