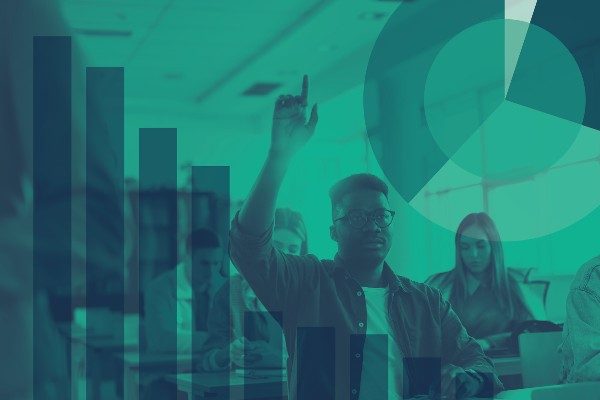 This week, the Foundation for Individual Rights and Expression (FIRE) released our third annual College Free Speech Rankings. This year we surveyed almost 45,000 undergraduates and ranked over 200 colleges. For the second time in three years, the University of Chicago was the top-ranked school. Kansas State, Purdue, Mississippi State, and Oklahoma State rounded out the top five. Last year’s top school, Claremont McKenna, is ranked sixth. This post describes our methodology, explains why we made some changes to how we calculate each school’s score, and discusses some of the results.

One of the primary goals of the rankings is to provide students, parents, professors, administrators, alumni, policymakers, and anyone else who’s interested in a multi-dimensional examination of how students experience the climate for free expression on their respective campuses. We hope that these rankings will help identify the campuses where free expression is more likely to thrive and those where it is not. This examination revealed that even the best performing schools have considerable room for improvement and that notable portions of students across the country are intolerant politically, supportive of illiberal forms of protest, and self-censor with some frequency out of concern for damaging their social reputations.

For instance, students who reported they self-censored “fairly often” or “very often” offered the following thoughts when asked to explain a time they did so:

We watched the Tunnel of Oppression in class. I was not comfortable giving my opinion in class.

I have very liberal views on the LGBT community and have encountered many members of the Iowa community who I would not be comfortable sharing my views with.

In my social psychology class, the professor and other students were advocating for defunding the police, which I strongly disagree with. I did not share my opinion because I feared social ostracization by my classmates.

What changes were made to the scoring system this year?

We introduced three changes to how the Overall Score is calculated this year.

Second, we incorporated data from our Scholars Under Fire database and our Campus Disinvitation database to expand our measurement of administrative behavior.

“Scholars Under Fire” documents 426 attempts to penalize collegiate scholars for their expression since 2015.

An alarming 74% of the attempts were successful.

Finally, we standardized the scores so that the average was 50 and the standard deviation was 10. Each school’s score was then adjusted according to its FIRE speech code rating.

Why did you make these changes?

More specifically, by including the tolerance mean (as opposed to separate values for Tolerance for Liberal Speakers and Tolerance for Conservative Speakers) and subtracting Tolerance Difference, we adjusted each school’s score to account for the possibility that an ideologically homogeneous campus may appear to have a strong culture of free expression, but actually is hostile to the views of an ideological minority whose views students may almost never encounter.

The inclusion of data from our Scholars Under Fire and Campus Disinvitation databases provides additional measures of administrative behavior. Previous years only include FIRE’s speech code rating for each school.

Finally, by standardizing the scores we are better able to identify campuses that have stronger expression climates, relative to their peers, even if those schools also still have work to do to create a campus where the free exchange of ideas flourishes.

How does FIRE calculate a school’s overall score?

The College Free Speech Rankings are based on a composite score of ten sub-components. Six of these assess student perceptions of different aspects of the speech climate on their campus:

The other four sub-components assess administrative behavior in regards to free expression on campus:

To create an overall score for each college, we summed the scores of the following student sub-components: Comfort Expressing Ideas, Mean Tolerance, Disruptive Conduct, Administrative Support, and Openness. Then we subtracted from this sum the Tolerance Difference. Schools were then rewarded for scholar support and penalized for sanctioned scholars and disinvitations. Each school’s score was then standardized so that the average was 50 and the standard deviation was 10. Finally, each score was then adjusted according to each school’s FIRE speech code rating. A school’s overall score can range from 0-100, and higher scores are indicative of a stronger climate for free speech. (A full explanation of the methodology is available in our annual rankings report.)

Who did we survey?

There was some confusion over who was sampled and surveyed in our previous rankings. This year our sample of 44,847 students included:

Why do you penalize schools for sanctioning or disinviting people who ‘deserved it’?

By their very nature both our Scholars Under Fire database and our Campus Disinvitation database contain some entries where the expression in question is widely considered to be abhorrent. Neither database considers offensiveness an adequate basis for restricting expression, and nor, for that matter, does the First Amendment. Furthermore, what is considered offensive, or even hateful, varies widely, and in most cases no single opinion or viewpoint on the matter can be considered certain or infallible. The result of this is that there is likely an entry in both databases that will offend almost anyone if one looks hard enough, and for some people it might not be that hard to find more than one.

Students at schools in the top 10 perceived that their administration was clearly supportive of free speech and more likely to defend a speaker’s rights during a controversy.

But flagging such entries misses the point of both databases and the rankings. When scholars are sanctioned following mob-like campaigns calling for them to be sanctioned, or when speakers are disinvited, it sends a message about what is acceptable expression and what is not. These incidents do not occur in a vacuum: They have a lasting impact on those who were on campus when they occurred or on those who are aware of them through word of mouth.

How do you know you’re measuring self-censorship?

One critique of surveying student attitudes towards free expression is that the question commonly cited as an indicator for how often college students self-censor may not measure self-censorship the same way in each student.

Setting aside that it is well know within the field of survey research that not everyone interprets each question they are asked the same way, this year’s rankings survey expanded how it measures self-censorship:

The first question was also asked in 2021, had five response options (“never,” “rarely,” “occasionally,” fairly often, and “very often”), and asks students about their frequency of self-censorship.  The second and third questions ask whether students experience feelings that would co-occur with self-censorship; the former had four response options (“not at all worried,” “not very worried,” “worried a little,” and “worried a lot”), while the latter had five (“no pressure at all,” “slight pressure,” “some pressure,” “a good deal of pressure,” and “a great deal of pressure”).

The rankings can be viewed at rankings.thefire.org and we encourage anyone — especially our critics — to check them out for yourselves.

Concern about one’s reputation and feeling pressure were also significantly positively correlated, r(44,845) = .32 p < .001, meaning that as concern about damaging one’s reputation increased so did the pressure experienced to avoid controversial topics. Given the large sample size (44,847), all of these correlations are rather large.

Finally, here are 10 randomly selected quotes from students who responded “fairly often” or “very often” to the first question and were then asked: “Please share a moment where you personally felt you could not express your opinion on your campus.”

At all times. You are shamed and shunned if your opinion is not common.

I have felt that I was unable to express my opinion when my opinion goes against the majority of the group.

Often times, administration fabricates their own stories and pushes their narratives to control the student population. They do not give opportunities to students to express opinions.

I am not a born citizen yet I reserve my opinions on many controversial topics. I do not feel comfortable speaking my opinion.  I just listen even though I do not agree. If they ask for my opinion I wont lie but will avoid talking about the matter.

Conservatives aren’t allowed to voice their opinion in general.

As a Black Queer Woman, [the administration] doesn’t listen to our concerns and hides all of the injustices under a rug to preserve its gilded image of white Catholicism.

When it comes to my religion.

When [a person who was somewhat of a friend] was “cancelled.” I Definitely felt like I couldn’t say anything about how sorry and apologetic he was (he personally vented to me about the situation) or about how, in my opinion, he is not at all what he was made out to be from that one student talk thread for fear of being called out and “cancelled” myself.

Thus, we are fairly confident that our questions succeed in capturing attitudes toward self-censorship, albeit imperfectly. However, the presence of some ambiguity is simply the nature of survey research.

Aren’t the ‘Top Schools’ just the conservative ones?

In a few words, not really.

Aren’t college students (and college graduates) more tolerant of offensive expression than everyone else?

Decades of research on political tolerance found that college graduates and those with college experience are more tolerant of offensive and hateful expression compared to those without college experience. Some have used these findings to argue that concerns about the state of free expression on campus are overblown. Setting aside that this rebuttal tends to not discuss how college administrators have historically suppressed free expression, it simply is no longer justified based on the available data.

The “tolerance gap” has evaporated over the past decade, primarily because the college educated and those with college experience have become less tolerant of offensive and hateful expression. So, as we’ve noted previously, citing data collected from previous decades to rebut data collected more recently is simply not relevant.

Check out the rankings and data for yourself

The rankings can be viewed at rankings.thefire.org and we encourage anyone — especially our critics — to check them out for yourselves. You can compare different schools and explore the data further with a plethora of crosstab options for each question. The raw data file in CSV format is also available upon request by emailing data@thefire.org.