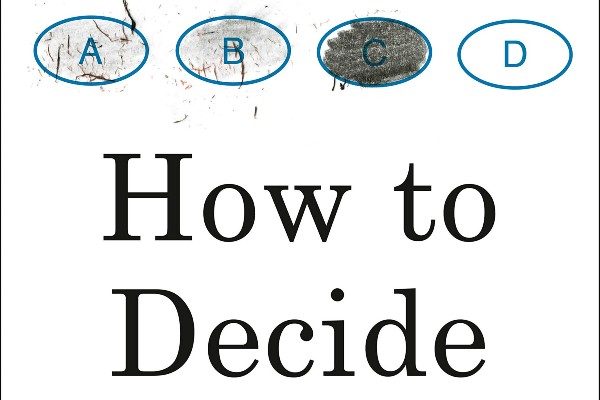 The Prestigious Jack Kirby Award: “How to Decide” by Annie Duke

The winner of the Prestigious Jack Kirby Award this month goes to “How to Decide” by Annie Duke. If you read “The Coddling of the American Mind,” you know I’m a big fan of Annie’s work. We cited her previous book, “Thinking in Bets,” and recommended it. 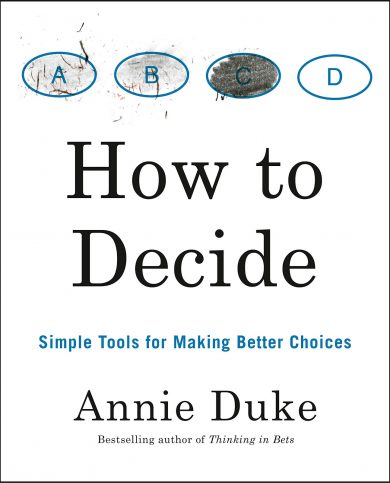 The book is a catalog of both the ways your decisions might be impaired (many of which are the kind of cognitive distortions we note in “Coddling,” traveling under other names) and the techniques to work through those limitations. Through thought experiments and reflections on your own experiences, “How to Decide” shows how the wide range of possibilities for any given decision can, in many cases, be narrowed down to a handful of likely outcomes.

This book is for nerds and our little nerdlings. As parents, we should start teaching this way of thinking early and often. It’s less of a regular nonfiction book and more of a workbook, and I bet Annie is going to continue to innovate in the field of teaching people how to make better decisions. (See? I’m already making safer predictions!)

As you can see from my previous post, I see a lot of potential for Annie’s works to be translated into apps that include a combination of user input and artificial intelligence with some human oversight. If even a small percentage of the human race could markedly improve their decision-making skills, these works could be a source of tremendous change for the better. 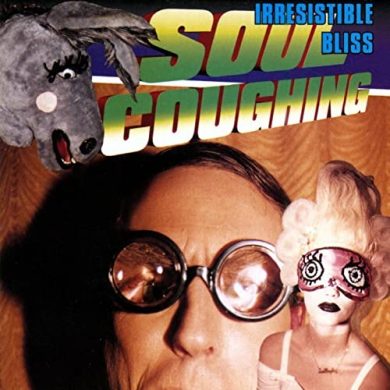 I am a product of the 90s. I relish in that. And one of my favorite bands of the 90s (and of all time) is Soul Coughing. I kind of thought bands and artists like Portishead, Garbage, and Fat Boy Slim were where music was heading in the late 90s, and I guessed wrong. Apparently, music decided to go all ska, Spice Girls and boy bands to round out the last truly awesome decade.

But I still love “Irresistible Bliss.” It’s filled with wit, creativity, and vivid imagery, with music that gives you the sense of an object moving awkwardly through space. “Super Bon Bon” was the hit of the album and is a classic, but Soul Coughing’s unique aesthetic is better on display in “Soft Serve”; its humor and catchiness, in “Disseminated”; and its signature combination of sex and math in “4 out of 5.”

And why would I give this award to Soul Coughing’s second album, not their even more inventive, even more groundbreaking and original 1994 debut, “Ruby Vroom?” Well, I just assumed everyone already knew and venerated that album, right?

The Prestigious Ashurbanipal Award: “Ten Lessons for a Post-Pandemic World” by Fareed Zakaria 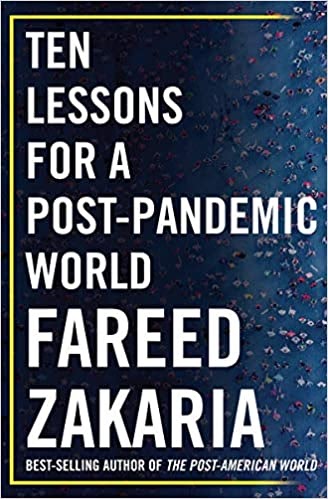 I am a fan of Zakaria, as he takes a pragmatic, largely non-ideological view of the world. He tries to figure out both what we’re doing wrong and, perhaps more importantly, what we’re doing right, or at least mostly right. This latter factor is extremely important to human progress (as FIRE friend and advisory council member Steven Pinker has explained) because, if we don’t understand what we’re doing right, the possibility of getting everything wrong only grows.

I definitely don’t agree with Zakaria on every point he makes — hopefully nobody reading my recommendations ever thinks I am saying I endorse all, or in some cases, any of the arguments someone makes — but he makes them well.

One clear area of tension between my thinking and his is that I become more convinced that these deeper commitments to state autonomy recommended by David French may be one of the ways we can deal with our national polarization without literally splitting apart the country. Zakaria is much more concerned about how we disempower our own government, both from the right (like French’s federalism), and from the left — frankly, from people like me, who often wish to constrain government (although I doubt he would disagree that it needs to be constrained when it comes to free speech). I feel a similar tension when I read Philip K. Howard’s work (his latest book “Try Common Sense” even has a shout out for my and Haidt’s work); I have sympathy for his worldview, even if I am often opposed to it.

Nevertheless, there’s a lot of wisdom in this book. It has a lot of good sense served with an appropriate cocktail of cynicism and optimism about where we are headed post-pandemic.

We also seem to be thinking very similar things about artificial intelligence at pretty much precisely the same time. As I noted in the recent post “Fleabag, Noom, the Future of Freedom, & ‘Censorship Gravity’,” I see real potential for both mischief and mayhem as we become increasingly reliant on apps and artificial intelligence to tell us what to do:

Imagine growing up with an imaginary friend who is loaded with all the wisdom of the world, error checked by professionals, and can — if not always provide you the best advice on what to do — give you the best advice on what not to do. … There is an attendant risk, however. Giving too much of our decision-making faculty to the judgment of an app will likely make us worse at making decisions for ourselves and more helpless in the areas where we are not electronically assisted.

As if responding to me, Zakaria writes:

People worry that as AI becomes more highly developed, we will rely on our computers for so much that we will end up thinking of them as friends and becoming unable to function without them. But already, my phone can give me more information than any human I know. It can solve complex tasks in a nanosecond. It can entertain me with content from across time and space. And yet, I have never mistaken it for a friend. 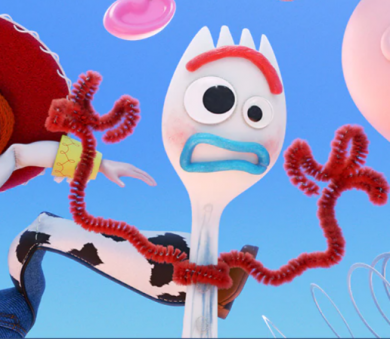 He dismisses the possibility of us seeing our AI apps as friends because he hasn’t had that experience. But as the father of a two-year-old and a four-year-old, and someone who is very much in his own imagination 60% of the time, it’s important to remember that we can give human qualities to everything from teddy bears, to Amazon Echo Dots, to Forky from “Toy Story 4.” In fact, as a kid, I would often talk to the moon as if the moon could hear me. And most of those are things that are absolutely not talking back to me. We will personify them to a degree that makes no logical sense but makes perfect human sense.

The more personalized AI becomes, the more likely we are going to see it as a companion, a confidant, and probably occasionally, as an adversary. Simply put, things are going to get even weirder.

You can check out previous editions of the Prestigious Awards here.