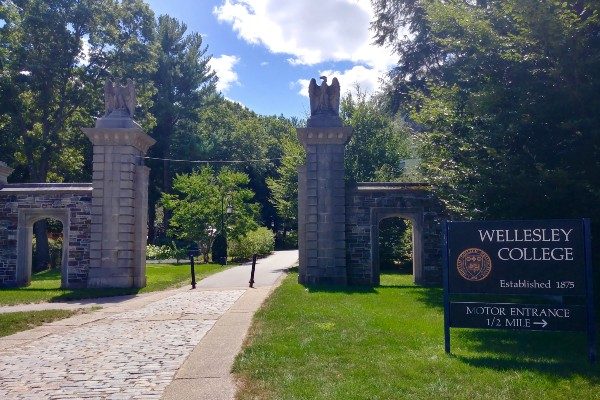 John Stuart Mill, in what may be the most famous philosophical defense of free speech, argued that free speech ought to be preserved because it allows society to seek truth through dialogue. Free speech, Mill wrote, is not only intrinsically but also instrumentally valuable: we value free speech because dialogue allows us to seek truth, not just because a simple right to free speech gives us utility in and of itself.

In order to attain optimal truth-seeking, there needs to exist a culture that permits — and encourages — free speech. This past year, I was the seminar coordinator for the Freedom Project, an organization that advocates for free inquiry at Wellesley College. In a campus culture that is often inhospitable to ideas that deviate from the ideological and political mainstream of the student body (FIRE even made a video about the situation at Wellesley), it was difficult to encourage free inquiry in a way that helped get to the root of the importance of protecting free speech.

When it comes to political speech — the kind of speech that tends to be socially censured on college campuses — free speech is instrumentally valuable not only to seek truth but to question authorities. Yet my peers seem to have an unprecedented comfort with authority, which manifests in their apathy toward protecting speech. A culture of silencing, in any context, is a culture that abides the implicit values of an authority, even when those values are not (and cannot be) codified.

I realized that even in an environment in which I had tried to cultivate a respect for free speech, people only felt comfortable speaking with my permission in my capacity as an authority.

A common argument against censorship is that authorities cannot be relied upon to wield the power of censorship in a way that those who give them that power desire. But this argument is ineffective to persuade those who have an underlying faith in the ability (and willingness) of those in positions of authority to do what they deem to be “right.” This may partially explain why viewpoint diversity has become increasingly rare: generational comfort with authority means that heterodox thinkers may be few and far between.

Wellesley is ranked “yellow” in FIRE’s Spotlight Database, but the college’s speech and expressive conduct codes do not reflect the students’ attitude toward free expression. Research on human behavior confirms the existence of social (as opposed to legal) “chilling effects” when people are aware they will be observed disagreeing with prevailing opinions. As Justice Felix Frankfurter wrote in Dennis v. United States, “Civil liberties draw, at best, only limited strength from legal guarantees.”

When planning the seminar program, I tried to make it clear from the start of the seminar program that diverse opinions could be expressed within the safety of the seminar room, in contrast to the campus community at large. We drew up an agreement at the start of the program that discouraged students from discussing or criticizing each other outside of the context of the room. I taught strategies for engagement gleaned from my years of participating in competitive debate: how to deconstruct and pick apart arguments, how to use different rebuttal strategies, and how to remain calm in the face of ideas we might find reprehensible.

Despite my efforts, many students still felt hesitant to diverge from popular opinion in discussions about controversial subjects. During one meeting, a student mentioned that she still felt as if she could not speak her mind. No matter what strategies I taught, I felt I could not fully communicate to the students the importance of having open discourse.

During the last seminar of the program, we discussed the importance of free speech and how to create a culture conducive to it. Opinions from the students were mixed, and even those who believed in the importance of free speech were unable to articulate why. A student’s boyfriend arrived early to pick her up, and asked if he could sit in on the end of our discussion. After the discussion, I received an email from him with his reflections on the seminar. He wrote:

As an individual walking into an environment where there are no formal rules against my speech and it is up to me to exercise that right, I don’t think I would have felt comfortable speaking at all without being invited to speak by you.

I realized that even in an environment in which I had tried to cultivate a respect for free speech, people only felt comfortable speaking with my permission in my capacity as an authority. As a seminar leader, my valuation of free speech represented that of the authorities of the Freedom Project. By asking the participants in my seminars to blindly accept free speech as valuable, I never asked them to engage in the more difficult exercise of questioning their acceptance of an authority’s values and permission to speak — which explained why it was so difficult for them to articulate why free speech was important. Without valuing the purpose of free speech —  to question authority —  it is difficult to value free speech in the first place.

At the same time, to even attempt to have discussions of many controversial issues, we had to accept as a premise that free expression without consequences was a good thing. Absent such a premise, many of our conversations would never have occurred due to our fears about social repercussions of voicing unpopular opinions. But having a discussion about the benefits and detriments of free speech that concluded in the rejection of the principle of free speech may have prevented future speech — in the marketplace of ideas, the existence of free speech must allow for and enable its own demise.

If I had made a greater effort to emphasize the importance of challenging the values of authorities, the students may very well have challenged — and rejected — mine. As a believer in the marketplace of ideas, I cannot deny them that. I do not know how I could ask other students to blindly accept my own values without falling victim to hypocrisy, but without the initial step of accepting free speech as a value, any conversation of ours would have been stunted before it could have begun.

Maya Rubin is a rising junior at Wellesley College and a FIRE Summer Intern.