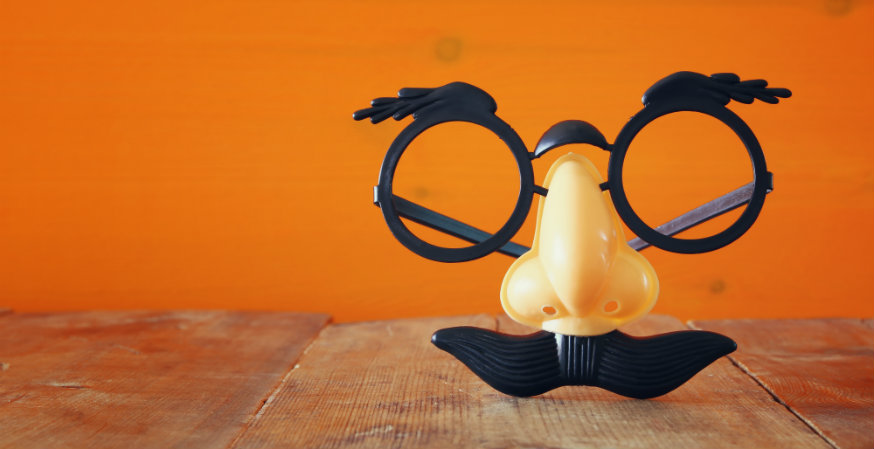 Hey, students, it’s that time of year again: Halloween! Time to put on your — no, wait, don’t wear that. Or how about your — oh, hmm, on second thought, better not wear that either. In fact, I think the only safe things to dress up as this year are 1) yourself; 2) a character whose ethnic makeup precisely matches your own (I’m still waiting for the half-Hungarian, one-quarter-Polish, and one-quarter-Lithuanian princess — I’m looking at you, Disney!); or 3) something non-human. Almost anything else risks running afoul of the campus costume police. 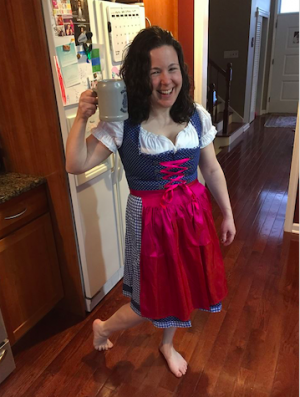 Your non-German author, culturally appreciating — or appropriating? — some “traditional” garb.

Thankfully, Halloween hysteria seems to have died down a bit from the fever pitch it reached in 2015. That year, Erika Christakis and her husband, Nicholas, were practically drummed out of their roles as faculty headmasters of a Yale residential college after Erika, an expert in early childhood education, questioned whether policing adult college students’ costumes was the appropriate role of an institution of higher education.

But choosing the wrong costume can still land you in hot water.

Oklahoma State University, for example, recently posted a Halloween costume guide suggesting that offensive costumes — a broad category including any “costumes depicting traditional wear” from other cultures — might be a violation of the university’s “Cowboy Community Standards.” The University of St. Thomas in Minnesota offers a guide that discourages students from wearing costumes that could be described as “traditional,” “ethnic,” “cultural,” or “tribal.”

Speaking to The Washington Free Beacon, my colleague Adam Goldstein summed up the difficulties with trying to police the subjective line between cultural appropriation and cultural appreciation:

“There’s no legal definition for either term. It’s just a shifting line dependent on rhetoric, taste, the particular emotional state of an individual,” said Goldstein. “That two administrators at the same institution could disagree on whether something was ‘appreciation’ or ‘appropriation’ is solid evidence that [these terms] can never meet the demands of due process.”

Though students are instructed not to dress up as people of other ethnicities, but Goldstein noted people commonly have multi-ethnic backgrounds, making such a mandate hard to parse.

“If I’m accused of cultural appropriation, do I bring out my report from 23AndMe (a genetic ancestry service) showing I’m whatever percent Russian or Ethiopian,” Goldstein asked.

Now, it is true that many universities do not explicitly ban offensive costumes, but instead issue guidelines strongly discouraging them. The question, in such cases, is how these universities will actually respond to student complaints about supposedly offensive costumes. It is fine — if a bit paternalistic — for a university to offer costume suggestions to its adult students. But too often, we see universities announcing “investigations” into reports of offensive costumes — and even absent formal punishment, these official investigations can themselves have an impermissible chilling effect on free speech.

So have fun out there tonight, and if you find yourself the subject of investigation or punishment over your costume choices, remember that FIRE is here to help.