FIRE > Newsdesk > The Eternally Radical Idea > ‘The Scout Mindset’ by Julia Galef reminds us that seeing the world as it is doesn’t have to make you miserable: The April 2021 Prestigious Awards 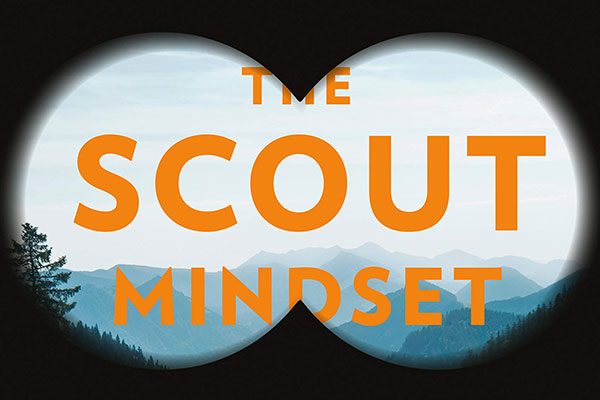 Key Concept — The Scout Mindset: A term coined by author and Center for Applied Rationality co-founder Julia Galef that refers to a mindset that is committed to knowing the world as it is, as accurately as possible, despite the reality of cognitive biases, stubbornness, pressure from “our tribe,” the impossibility of perfect information, and the permanence of uncertainty.

April’s Prestigious Ashurbanipal award goes to “The Scout Mindset: Why Some People See Things Clearly and Others Don’t” 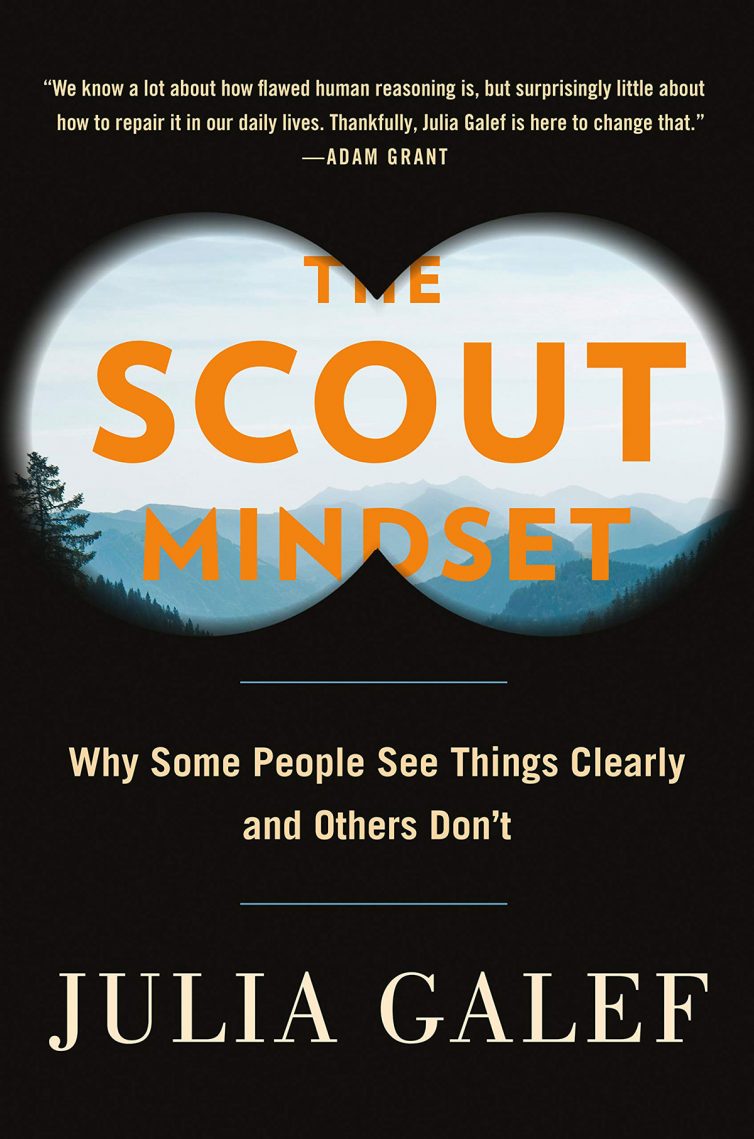 As a kid, I remember wishing I was more self-deceived. The happier, more confident kids all seemed to possess a self-assurance that required (at least to my mind) an unrealistic view of themselves and life in general. Yet those delusions seemed useful when it came to making friends, getting dates, and succeeding in sports. As time went on, I would realize that I was (and probably still am) plenty self-deceived.

The most important personal takeaway from Julia Galef’s excellent book, “The Scout Mindset: Why Some People See Things Clearly and Others Don’t,” is that you do not, in fact, have to be self-deceived to be happy. Whereas now I’m sure I have plenty of self-inflating deceptions, my major issue when I was in, say, grade school, was that I believed in “masochistic epistemology”: whatever hurts is true. (Galef credits YouTuber Natalie Wynn of the channel ContraPoints with this term.) My Catholic mother and Russian Orthodox father knew this epistemology well, but I think it was more my situation and temperament that led to this bleak worldview.

“The Scout Mindset” is my book of the month because it discusses not only the cognitive impediments to being more or less self-deceived, but the emotional impediments as well. Critically, the book discusses at length how we deal with one of the toughest self-deceptions: “motivated reasoning” (i.e., when we come to hold beliefs not through rational methods, but by weighting evidence differently based on what conclusion we want to come to).

The book is also everything that good popular nonfiction should be. It is jam-packed with new information and stories, conveyed in a way that is clear, relatable, concise, honest, thoughtful, and funny. Galef pokes fun at her own failures and fully admits to her own failings to make it easier for the reader to do the same. She dispels some common misconceptions, including that Abraham Lincoln’s team of rivals was effective, that you can effectively get out of your echo chamber just by turning on the right-wing or left-wing news, and that people who express doubt are less persuasive. She also taught me the valuable distinction between “social confidence” and “epistemic confidence.” (Explain those? No! Read the book!)

I used to even joke with a friend that maybe ignorance is the only bliss. That’s utter nonsense, but it’s one thing to know this intellectually; it’s another thing to feel it deep down.

Last year, right before we launched the ERI blog, I wrote a post that conveyed my idiosyncratic view of free speech. I dubbed it the “pure informational theory of free speech,” or, the “lab in the looking glass” theory. Simply, the most important justification for freedom of speech is the paramount importance of knowing the world as it really is. If that’s your goal, then censorship seems counterproductive. If you can learn to look at things with even just a little scholarly detachment, you rarely benefit from knowing less about what people really think. If people have crazy beliefs, it’s better to know that early than to be surprised by it later. It’s also useful to know if more people than you thought agree with you but were afraid to say so (see: the Emperor’s New Clothes or “pluralistic ignorance” as Steven Pinker put it at FIRE’s 15th Anniversary).

So, I have to ask myself: Am I attracted to this book because of motivated reasoning and confirmation bias, since Galef and I agree on so many different things? Well, I can’t dismiss the possibility, and I’m open to updating my assumptions.

This book is a great complement to Annie Duke’s “Thinking in Bets” (Duke won the October 2020 Prestigious Ashurbanipal award for her more recent book, “How to Decide”). Between these two books you can improve your decision hygiene and make yourself a little bit smarter by being a lot less certain. I have introduced into my decisions a percentage-confidence system. It may sound funny, but telling someone that you are 74% confident things will turn out one way gives the person a lot more information than saying, “I’m fairly confident.”

For me, the most moving part of reading this book is that it made me re-examine the way I look at the world. As a kid, I lamented not being sufficiently self-deceived, and I still believed that maybe greater self-deception was the only path to happiness. And, of course, that way of thinking tended to make me miserable. I used to even joke with a friend that maybe ignorance is the only bliss. That’s utter nonsense, but it’s one thing to know this intellectually; it’s another thing to feel it deep down. There is something deeply satisfying about being comfortable in doubt, comfortable with the limitations of what you know — and even what can be known — and to never stop looking at the world with a bit of awe and wonder, knowing how perfectly dim we all are in the face of it.

Thank you Ms. Galef for this potent and important book.

My first ever honorable mentions 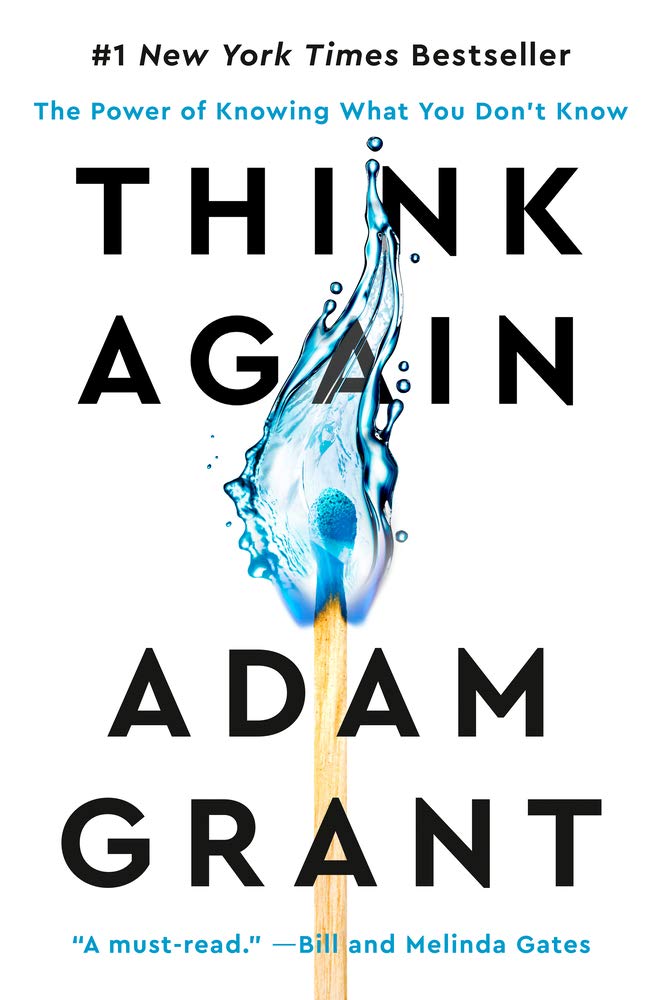 As I mentioned on Twitter, this was a particularly competitive month. I read Adam Grant’s excellent “Think Again: The Power of Knowing What You Don’t Know,” Damon Root’s biography, “A Glorious Liberty: Frederick Douglass and the Fight for an Antislavery Constitution,” and Eric Berkowitz’s “Dangerous Ideas: A Brief History of Censorship in the West, from the Ancients to Fake News.” I made my decision based on which book I am most likely to recommend for the most people, and Julia’s came out ahead. But I do plan to write a full review of Berkowitz’s magnificent history of Western censorship sometime soon.

I am considering discontinuing the two lighter parts of my awards (but the silly title shall live on!), the music recommendation and the nerd treat, but before I do, there are some artists I definitely have to praise. Anyone who knows me knows my all-time favorite musician is Beck. But I haven’t recommended him yet because, given that he is so incredibly different in tone and substance from album to album, there’s no one album I can really recommend. In order to remedy that, I’m just going to do a couple categories. Here are my picks for Beck’s funniest songs: 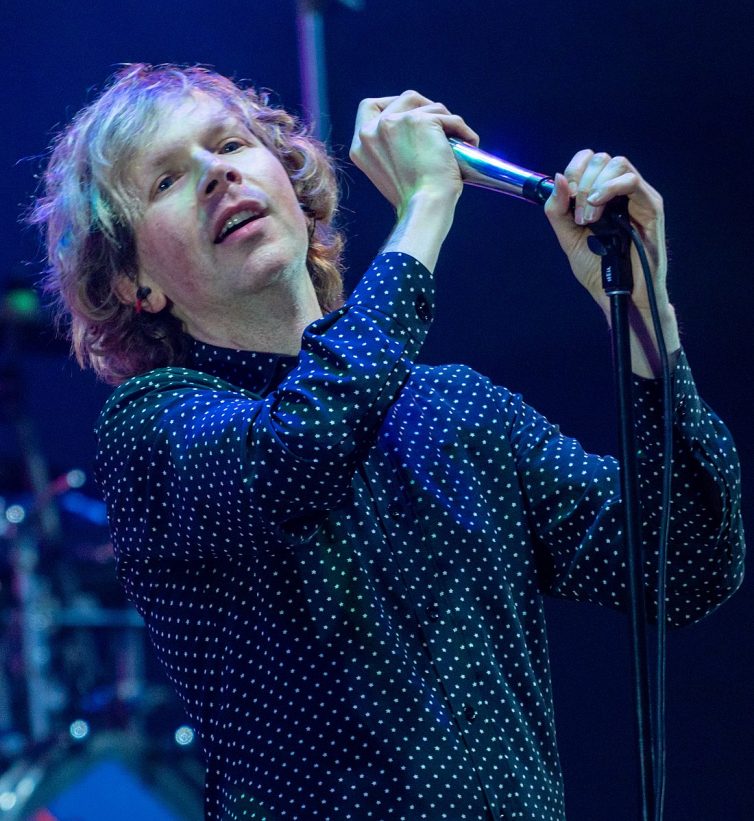 Satan Gave Me a Taco

And, of course, his all-time hit Loser, which sports one of the greatest opening lines in music history.

The Jack Kirby award this month goes to: “Numberblocks”

This children’s show on Netflix is for you and all your little nerdlings. I swear to God, the show has taught my five-year-old, Ben, addition, subtraction, multiplication, and division, odd and even numbers, and how to square and cube numbers. It’s quite an accomplishment to have lessons and educational songs so good that your kid giddily sings them all the time unprovoked. My wife asked him what his favorite number songs are and he listed 14, 16, 13, 12, 50, and 100 before we stopped him. And to be clear, this is the kind of show that parents enjoy as well. Just check out the song dedicated to the number 100. I sing it a lot.

Really expertly done, funny, engaging, possibly the best educational program I’ve seen yet. (No light praise, as this includes my beloved “Ask the Storybots.”) I am really hoping Numberblocks keeps going with even more advanced lessons so I can brush up on my calculus!

This brings us to the end of April’s Prestigious Awards, which, if you’re still in a counting mood, is the twelfth entry in the series. Soon: twelve awards enter. One award leaves. For next month, I am asking YOU to vote for the first ever annual EXCESSIVELY Prestigious Award (known colloquially as “the excessively”).  You’ll get the whole seat for free but you’ll only use the edge.