Getting this one right under the wire before the month ends, but this month’s prestigious awards go to: 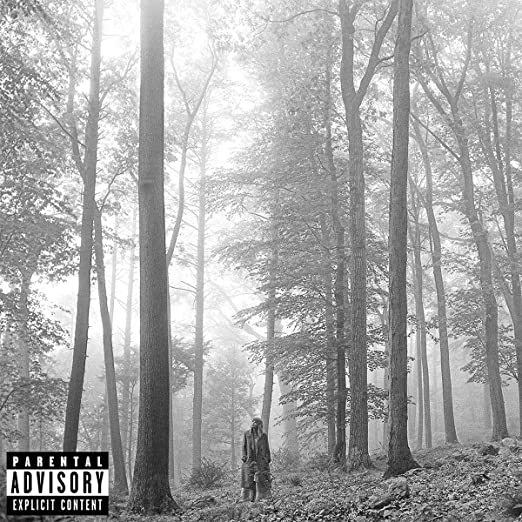 There comes a time in every person’s career when they have to take a deeply unpopular stand. In that spirit, the Prestigious Fats Waller Award goes to “Folklore” by Taylor Swift.

Her new collaboration with Aaron Dessner (the multi-instrumentalist and producer of one of my favorite bands of the last 15 years, The National) has been critically acclaimed, but it really is just a Taylor Swift album designed to garner critical acclaim.

What is the formula for a pop star getting critical acclaim? Slow down your music, focus on sad subjects (“My Tears Ricochet” works well & is essentially a ghost story), be a bit confessional (the lovely “This is Me Trying” surely feels that way), and leave out your sense of humor. In that way, Swift has duped her critics into gushing over what is essentially just a sadder (“Epiphany” being an especially moving example), slower Taylor Swift album (the big giveaway is “The Last Great American Dynasty,” which is about as classic Swift storytelling as it gets).

But she has always been a uniquely talented songwriter, is always great at weaving a personal, romantic story (of which my favorite is “Invisible String”), and always brings the tragic point of view of a crossover country star. It’s excellent pop, some really great love songs, and in my opinion, that should surely be enough.

This month’s “nerd treat” is “Marvel Comics: The Untold Story” by Sean Howe. I went into this book expecting that all the rumors I heard about the writers of Marvel comic books being jerks were going to be confirmed, but I left it pleasantly surprised.

Sure, my hero Jack Kirby seems to have spent many years bitter and angry, claiming Stan Lee had next to nothing to do with their joint creation. One has only to examine Kirby’s independent work at DC to see how unlikely this seems. 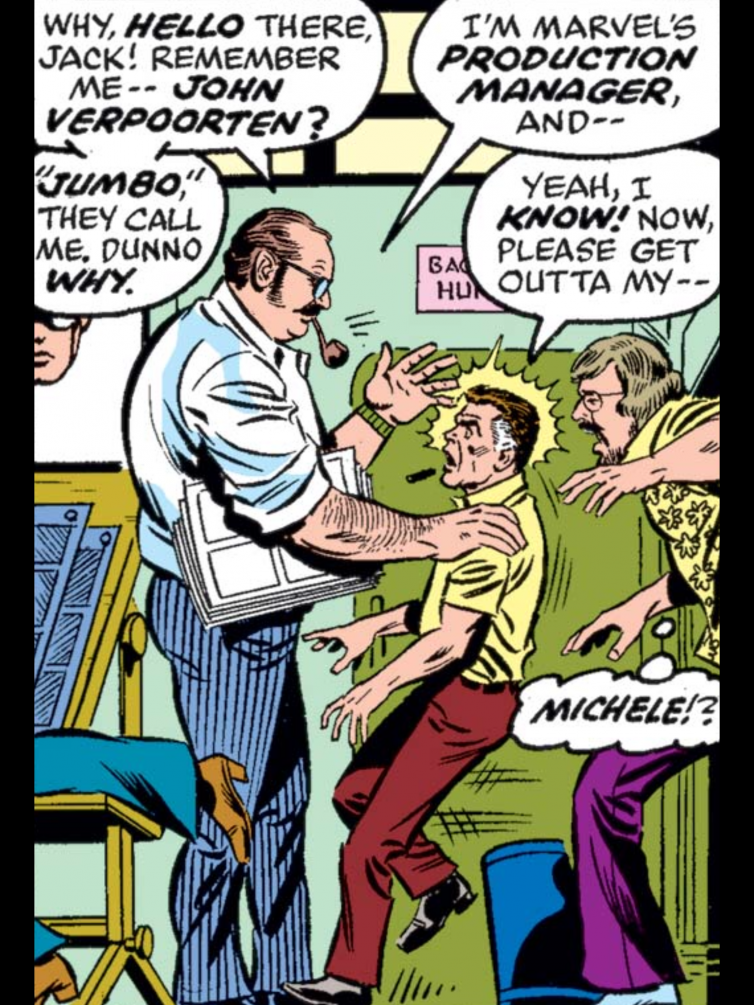 Kirby was among the best universe creators of all time, but Stan Lee was better at bringing a humanizing touch to the characters that made them relatable. Kirby’s Fourth World at DC is one of the great comic book achievements of all time, but it wasn’t that well received at the time, partially because the characters were stiff as Kirby never was all that great writing dialogue or characterization.

Anyway, the reason why I love this book so much is because it tells a very personal story of the lives of many of my favorite comic book writers and artists, who stuck through some very nasty times, including a moral panic against comics in the early 1950s. And you learn little details about the private lives of the authors many of us grew up with. The vision of Jim Starlin and his work friends tripping on acid and wandering around New York at all hours to find inspiration in the deeply troubled NYC of the mid-1970s is as memorable as the groundbreaking, ambitious characters who would be conjured up (including, of course, Thanos, Drax the Destroyer, and Gamora).

There is great sadness in the book as well. Many Marvel legends died young, including the great John Verpoorten, a 6 foot 6 manager and artist at Marvel who predicted he would die alone in his home, and unfortunately, that happened in 1977, when he was just 37. My biggest complaint about this book is that it ends too soon, with Stan Lee just having been bought out for all of his rights around 2005, right before Marvel was to truly take over the (cinematic) universe. I would love to see a sequel to this work. 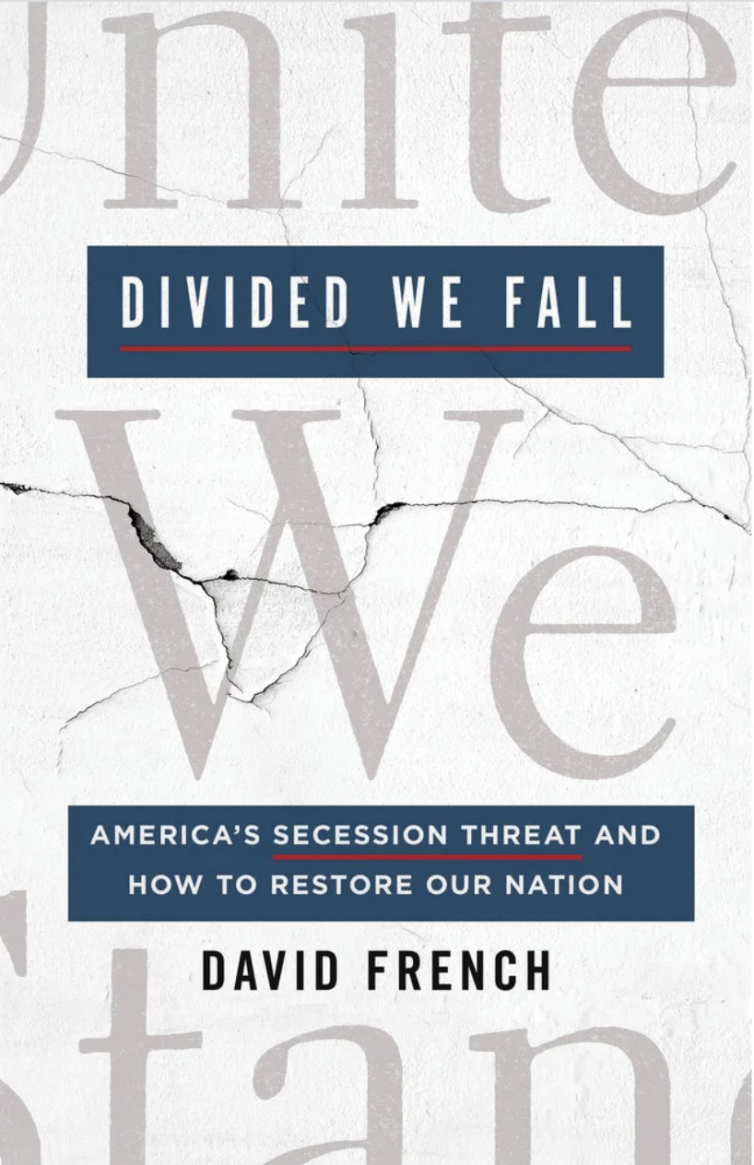 The September Prestigious Ashurbanipal Award goes to my friend David French and his book “Divided We Fall.”

When I first met David French, he was a lawyer working on FIRE cases, even by the time I started there in 2001. Anytime we hopped on the phone, we would immediately go down the rabbit hole about our favorite and least favorite “Star Trek” episodes and other important aspects of nerdom. I liked him a great deal, so much that I really advocated for him becoming the first president of FIRE after the Executive Director left in 2003. It was a joy to work with him then, and I could not respect his decision to leave FIRE and join the military in 2006 more.

His new book is one that I would like to say I think is utterly impossible. The idea of the US breaking apart feels preposterous. I still think we’re not quite there, but French eloquently and creatively points out how this really could happen, and adds an additional important touch by saying what effect this would have on geopolitical stability. It’s a must-read from a very important thinker and friend from across the aisle.

Internally, FIRE tries to model the viewpoint diversity we advocate for elsewhere. Working closely with people from different parts of the political spectrum has intrinsic benefits, such as increasing tolerance and understanding of others. It also has organizational benefits, such as access to smart, thoughtful viewpoints a partisan organization would likely not have considered before taking action. And at the very best of times, it can have the personal benefit of getting to know someone like David French; a lifelong friend and real-world evidence that no political ideology has the monopoly on compassion, intelligence, integrity, or good humor.

And I do want to say one more thing about David to my fellow left-of-center folks: he is really trying to bridge the divide. Most people have given up on this entirely. Even if you would passionately disagree with a lot of the people across the divide, we need more people trying to make our remarkable Republic work. Don’t take the existence of such people for granted, as there are already so many people trying to make such cooperation all but impossible (I call these people “the purifiers” and I may discuss them in a later piece).