FIRE > Newsdesk > Top Story > The United Nations is taking notice of academic freedom. FIRE is asking hundreds of colleges to do the same. 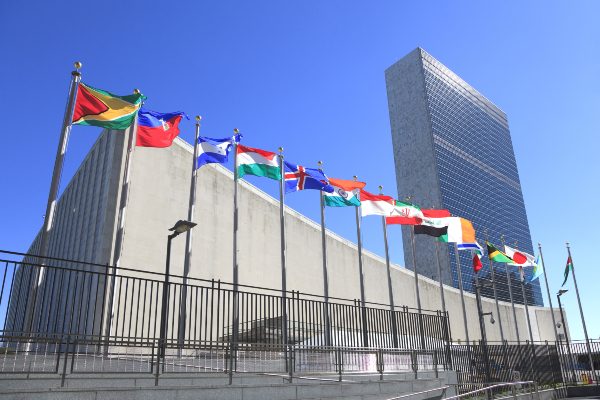 Today, FIRE wrote to more than 400 institutions to encourage them to take note of a new report on academic freedom released by the United Nations Office of the High Commissioner for Human Rights’ Special Rapporteur on the Promotion and Protection of the Right to Freedom of Opinion and Expression.

The report, which was written by former Special Rapporteur David Kaye and presented to the United Nations General Assembly on Oct. 23, 2020, by current mandate holder Irene Khan, presents a concerning picture of the global state of academic freedom.

FIRE’s letter today notifies universities of the report’s commentary on academic freedom in the United States as well as its recommendations for how institutions can better protect student and faculty rights on campus.

The willingness of universities to submit to public pressure can erode academic freedom and freedom of expression. In the United States of America, pressure from the public or from students has led to disciplinary reviews of academics, and in some instances, has even resulted in them being barred from campus. Broadly speaking, such a dynamic may lead to a culture of repression and self-censorship, where restrictive measures against academic staff are guided by outside pressure rather than academic achievements and activities.

This “willingness of universities to submit to public pressure” is an unfortunate trend FIRE has challenged at universities across the country. In recent months, we’ve seen a vast uptick in cases from students and faculty experiencing censorship. As the report explains, this willingness affects not only the community members who have been directly censored, but also their peers who may choose to remain silent rather than risk retaliation.

The report also explains that academic freedom should be broadly construed by universities, and warns institutions against punishing academics’ speech, whether it occurs on campus or on social media:

Individuals enjoy academic freedom not only within their institutions, in the internal aspects of research, scholarship, teaching, convenings and other on-campus activities, but also “extramurally”, in their role as educators and commentators outside the institution.  For instance, an academic bringing her or his expertise to bear in a hearing before a legislature, a lecture to a community, a conversation on broadcast media or a post on social media should be understood as, inter alia, an exercise of academic freedom. In other words, that framework is not limited to the institutional environment. When an academic engages in expression outside of her or his academic topic – that is, not only outside the substantive area but also methodologically – she or he retains the right to freedom of expression guaranteed by human rights law, even if that engagement is not considered a part of her or his academic freedom. It should also be emphasized that academics should not be punished by their institutions for exercising their rights to freedom of expression, association and assembly and religious belief, among others.

These are common sense recommendations that would allow universities to live up their existing obligations to freedom of expression, whether they come from the First Amendment at public universities or policy commitments to free expression at private universities.

As FIRE’s letter explains, we hope that U.S. institutions take the report’s valuable recommendations under consideration and incorporate them into their institution’s policies on academic freedom and freedom of expression and publicly commit to standing firm against pressure to censor.

We again thank the Special Rapporteur for bringing attention to this vital topic, and we stand ready to aid U.S. university leadership in their efforts to protect expressive freedoms on campus — whether those campuses are at home or abroad.