FIRE > Newsdesk > Top Story > The University of Chicago is a green light school. That doesn’t mean speech is free. 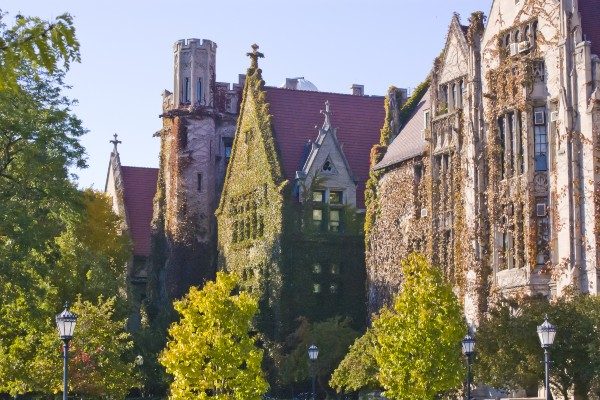 In September before my freshman year, I received a text from a stranger. She’d heard that I was interested in studying Russian and, as a fellow student at the University of Chicago, she offered me advice about the university’s language departments. We began a lengthy Facebook correspondence, and I was truly excited. An older UChicago student had taken time out of her busy summer schedule to contact me — and her support made my transition to college easier. I was thankful for her kindness.

Fast forward a few weeks and I’d moved into my dorm. I ran into this same older student often, but she rarely acknowledged me. And when we did speak, she was surprisingly unfriendly. At first, I didn’t understand. We hadn’t gotten into a fight. She barely even knew me. Then, I overheard her describe me to one of her friends. “That’s that Republican girl,” she said. The statement was true — I am Republican — but she meant it as an insult. My friends later told me that she was warning people to stop interacting with me, merely because I was on the “wrong” side of the political spectrum. She came to this conclusion without ever confronting me about it. To this day, we’ve never discussed the underlying “issue” of my political beliefs.

My point in telling this story is not to play the victim. I am vocal about my political beliefs, and I recognize that my speech has social consequences — as it should. It makes sense that individuals will surround themselves with people whose voices they admire and enjoy. But the problem here is not that I was judged for my words, but that I was ostracized without ever being given a meaningful opportunity to “explain myself.”

While social consequences for speech are reasonable in the marketplace of ideas, the catch is that all individuals deserve the opportunity to speak and be judged for their own words. Truly embracing the free exercise of student speech requires that students be thoughtful enough to actually listen to the words of their peers in good faith — before jumping to conclusions and resorting to the oppressive tactics of social ostracization. My peers often wrongly assume that dissenting opinions are hackneyed and irrelevant. On the contrary, it’s necessary to a well-functioning community of thinking, learning beings that we reason together and disagree civilly.

Contrary to what naysayers might allege, it’s wholly possible to engage with each other in good faith despite our disagreements

Contrary to what naysayers might allege, it’s wholly possible to engage with each other in good faith despite our disagreements. A striking example of this occurred during my high school years. During the 2016 presidential election, I shared my support for President Donald Trump at a school town hall meeting. A classmate likewise shared her support for Hillary Clinton. Both of our speeches were impassioned. We felt very strongly about the election. But, after our presentations, we remained civil. More than that, we became friends. I made an effort to greet this student in the halls, to ask her what she thought of current events, and to listen to what she had to say. She began to attend the political organization that I co-founded. And after I graduated, she became one of that group’s leaders. When she attended my high school graduation party, she gave me a letter, in which she asked me to keep speaking — not because she agreed with my political beliefs (she still didn’t), but because we were friends and she believed my voice was worth hearing, irrespective of our disagreements.

Today, I indisputably belong to the political minority on my campus and in the city of Chicago. I recognize that I have two choices: I can engage positively with those I disagree with or I can be totally isolated. I obviously choose the former. Thus, my boyfriend and I do not share the same political beliefs, but we discuss politics often. I am the only openly Republican student pursuing a Law, Letters, and Society major in UChicago’s class of 2022; in my discussion-based classes, I defend my admiration for Ayn Rand and other thinkers, despite the fact that I am always outnumbered. Many of my closest friends proudly vote differently from me, and our political discussions make our relationships more interesting.

However, while it’s truly possible to engage thoughtfully and productively with those who think differently from me, many of my peers remain hostile to attempts at bipartisan, thoughtful discussion. Every day in class and beyond, I’m once again confronted with two choices: speak at the risk of social ostracization and mockery, or remain silent. Depending on the circumstances, this choice is not so easy. After all, the social climate of my university environment does not make such engagement easy, and the social costs of speaking remain high. This is true, despite the fact that the University of Chicago’s administration is openly committed to the free exchange of ideas — as evidenced by the Chicago Statement, UChicago’s green light speech rating from FIRE, and the administration’s letter to the class of 2020. UChicago’s staunch support of the First Amendment is the primary reason that I chose to attend the university, but my experiences on campus illustrate that the student body often fails to embrace the administration’s commitments.

My story is just the tip of the iceberg. In March of this year, a fellow classmate documented her experience being viciously criticized for her participation in a digital initiative with the Institute of Politics, not on the basis of her argument, but on the basis of her identity. More than that, she was socially ostracized for her “dissenting” speech. Two additional peers — who sit on opposing ends of the political spectrum — published ensuing articles about the dire social consequences of sharing minority views on campus. My peers are thus wholly aware that impulsive and oppressive social ostracization often stifles student speech. The aforementioned three students were even willing to go on record to defend the university’s commitment to free expression. And there is a palpable desire for change.

Luckily, the solution might be simpler than we fear. Sitting in a synchronous Russian lesson on Zoom, I frequently studied with the very student from my freshman year who had formerly dismissed me for my political beliefs. We told stories to cheer ourselves up mid-pandemic. And when forced to interact with me in a classroom setting, she was capable of treating me with respect — and I reciprocated. Our conversations were admittedly superficial, but they were a start in the right direction. The more we talked, the more we were reminded of the fact that we’d once been almost friends. The moment our political differences arose, that friendship was forgotten; but the more we talked, the harder it became to remain so divided. While those of us who disagree don’t have to all be friends, we should give each other the opportunity to speak and be judged for our own words. After all, we are not infallible. We are still human — and we are worth being listened to. Sometimes it takes being forced to collaborate with one another in a classroom setting to remind ourselves of this fact.

Audrey Unverferth is a rising junior at the University of Chicago and a FIRE Summer Intern.