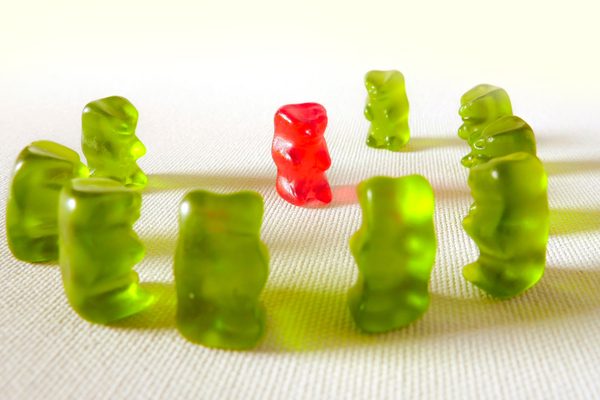 Earlier this week, I noted how in recent months many faculty faced demands they be fired from their jobs in response to speech that was demonstrably protected by either the First Amendment, their institutions’ academic freedom promises, or both. But merely chronicling the many such illiberal campaigns we saw this summer is only so useful. Why did they happen? And should we be surprised that they unfolded the way they did? To that latter question I would answer no, given FIRE’s years observing the dynamics of campus protests up close and defending the rights of those on all sides of them. Here, I’ll attempt to explain why, and how.

Even though it was summer and in-person operations at most campuses were dramatically reduced due to the COVID-19 pandemic, the killing of George Floyd in Minneapolis sparked a remarkable mobilization by students to call on their institutions to improve the racial climates through various means. The last time we saw a comparable level of mobilization by students was likely in the 2015 fall semester, when students at dozens of campuses, spurred by anti-racism protests at the University of Missouri, compiled demands on their university administrations to take specific measures to combat racism and improve equity on campus. (A website that collected many of the demands is now offline, but you can scroll through this archived version of the site.)

FIRE followed the protests and paid close attention to the demands levied by students, which included several that would have violated free speech and academic freedom if they had been enacted. While the protests and demands raised issues for free expression, the period didn’t generate a long roster of faculty members faced with demands they face sanctions for their speech — at least not like we saw this summer. There were notable exceptions, though. Chief among them is the case of Nicholas and Erika Christakis at Yale University, ignited by an email Erika Christakis sent to the students of the campus residence hall where she was associate master gently critiquing the impetus behind student demands that Yale police students’ Halloween costumes. The response to Erika’s email led to a viral encounter (caught by FIRE President and CEO Greg Lukianoff, who happened to be on campus that day), in which students berated Nicholas Christakis and demanded he apologize for his wife’s email. The Christakises resigned as house masters the next year, and Erika left teaching entirely.

The Yale episode was seen by some as a turning point in campus activism. It also happened at a time when America was far more tuned in to the issues in play than it had previously been, with Greg Lukianoff and Jonathan Haidt’s “The Coddling of the American Mind” cover article in The Atlantic on its way to being one of the most-read articles in the magazine’s history. As Greg wrote this summer in his rundown on “cancel culture” (see also this Twitter thread), the period around 2015 was also a time when the new norms of this culture were establishing themselves on campuses, something Greg also had also previewed in his short 2014 volume “Freedom from Speech,” the writing of which was inspired in part by the marked increase in students’ demands for speech-restrictive policies.

THREAD: As you may have noticed, “cancel culture” has intensified in recent weeks. Everywhere you look online, people are organizing to get people fired or kicked out of college for offensive things they’ve said or done, often in the distant past. 1/33https://t.co/QDQxX3YJs8

The years after 2015 saw an increasing number of ugly, sometimes violent confrontations targeting faculty speaking or acting entirely within their rights as professors. Professor Bret Weinstein was effectively run out of The Evergreen State College for critiquing a campus “Day of Absence.” Weinstein was all but abandoned by the institution, which couldn’t guarantee his physical safety from protesters. Middlebury College professor Allison Stanger suffered a concussion when students violently disrupted an event with social scientist Charles Murray, whose talk she was moderating. Students at Sarah Lawrence College demanded it fire political science professor Sam Abrams for publishing a column on the political leanings of college administrators, and vandalized his office.

Students increasingly demand professors be investigated, if not fired, for the uncensored use of racial slurs in relevant academic contexts.

In the classroom, discussion of certain difficult issues — and the academic discussion of racial slurs in particular — has become increasingly fraught in the last couple of years, as students increasingly demand professors be investigated, if not fired, for the uncensored use of racial slurs in relevant academic contexts. Augsburg University professor Phil Adamo and New School professor Laurie Scheck were both investigated for accurately quoting from James Baldwin. Emory University law professor Paul Zwier was removed from teaching for more than a year following complaints about his using a racial slur in the context of discussing cases of racial discrimination. This summer, UCLA instructor Ajax Peris faced investigation for quoting from Martin Luther King, Jr.’s “Letter from a Birmingham Jail.” And just in the last couple of weeks Duquesne University professor Gary Shank was fired for leading a discussion about the problems posed by the use of the N-word, in which he was willing to use the term. Meanwhile, St. John’s University removed professor Richard Taylor from teaching and sanctioned him after students distorted and denounced a class thought experimentation exercise as a requirement that they mount a defense of slavery.

The undergraduates on campus in 2015 have mostly graduated and entered professional life, and judging from the upheavals seen in other institutions, the norms of “cancel culture” have come with them. But that doesn’t mean those norms fell out of fashion on campus. The last few years would suggest they’ve only woven themselves more deeply into the fabric of the campus.

Forewarned is (not) forearmed

In June 2019, Greg authored “Five ways university presidents can prove their commitment to free speech” for FIRE. If the last few months have made anything clear, it’s how many university leaders could have stood to put Greg’s advice into action at their institutions. I especially draw readers’ attention to his third point: “Defend the free speech rights of your students and faculty loudly, clearly, and early.” As Greg wrote:

In my experience, many threats to free speech on campus effectively end when campus leadership demonstrates a principled commitment to expressive rights and academic freedom publicly, loudly, and clearly at the very beginning of the controversy. Meanwhile, many censorship incidents end in ignominy when a college president fails to take a decisive stand.

The last several months, it seems, have continuously proven Greg’s point, given the mushrooming number of speech-related controversies engulfing campuses and the relative dearth of strong statements in support of free expression from campus leaders. Over and over again, university leaders hedged on — if not outright abdicated — their free expression obligations when professors were faced with illiberal demands, muddying the waters on what should be clear matters of free expression. Take some of the cases I covered in my earlier post. Princeton President Christopher Eisgruber, for instance, took nearly two weeks to make clear that Joshua Katz’s criticisms of fellow faculty and students were protected by his academic freedom rights after officials suggested they would investigate his expression. At the University of California, Los Angeles, Gordon Klein was preemptively removed from teaching and denounced by administrators for the content of an email to a student, before being quietly reinstated weeks later, long after it was clear there was no cause for investigation to begin with. And University of Central Florida President Alexander Cartwright openly solicited students to submit complaints against Charles Negy following an uproar over his protected tweets, all but ensuring a process that won’t treat him fairly.

There’s nothing to stop a university from conveying its own opposition to certain speech or viewpoints even while vigorously defending speakers’ right to voice them.

It’s important to remember, of course, that institutions have their own free expression rights, and the freedom to set and to communicate their institutional values (so long as, at least in the case of public universities, those values don’t violate the Constitution). And this moment, indeed, has presented some particularly difficult challenges for university leaders, who have been quick to convey their commitments to diversity, inclusion, and anti-racism. And, as we’ve said numerous times before, there’s nothing to stop a university from conveying its own opposition to certain speech or viewpoints even while vigorously defending speakers’ right to voice them.

That university leaders have a difficult job in these circumstances, however, doesn’t preclude us observing that too many of them are failing at it. What’s more, it’s a challenge they should have seen coming. As my colleague Adam Steinbaugh wrote of the trends accelerating FIRE’s case submissions over the summer, “where there is conflict and controversy, censorship follows.”

The last several months have made clear another reason why it’s important for campus leaders to get out in front of speech controversies with strong statements defending the right to free expression: It may be the best tool at their disposal to confront a vexing problem. As FIRE executive director Robert Shibley wrote following the death of professor Mike Adams:

Sometimes there is no legal solution to a problem. Attempting to censor cancellation attempts on the grounds that they are harmful would be no more effective than hate speech bans have been at containing hate, and would ignore the rights of and potential damage to those who wish to freely express their vitriol. Two wrongs don’t make a right.

This is true for the bulk of the cases I’ve covered in these two posts. In most instances, those demanding professors be punished or fired for their speech weren’t doing anything their First Amendment rights didn’t protect. And no one has the right to be free from criticism or vitriol. But that doesn’t mean universities have no role to play in mitigating these conflicts. If universities are strongly on the record in favor of free expression and make clear that they won’t bow to demands for unconstitutional action, they can help cultivate a culture of free expression in which disputes can evince a better respect for the rights of others.

To look at the problem from the other direction, mob-like demands for unconstitutional action gain traction because those making the demands expect they won’t encounter meaningful resistance from those in a position to say no. Behavior that gets rewarded gets repeated.

Universities, as places that thrive on the exchange of ideas and the debating of opposing viewpoints, are ideally situated to lead the charge against the current surge in demands for censorship. By and large, they haven’t risen to the challenge. The leadership vacuum that’s left isn’t just a missed opportunity: It ensures that we’ll see more demands for punitive action against faculty, and more universities buckling under the pressure to sacrifice fundamental rights when it owes it to the community to redouble their commitment to them.