FIRE > Newsdesk > Top Story > Theater director fought for banned show to go on. Tonight, it will — and you can watch. 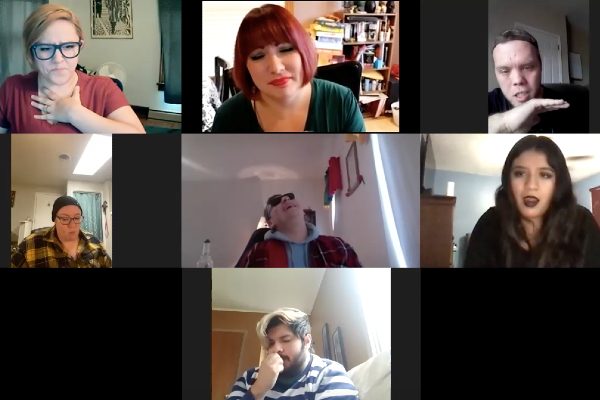 The virtual curtain will finally rise tonight on a play that got the Vaudeville Hook at Muscatine Community College earlier this semester. For MCC theater director Alyssa Oltmanns, who fought alongside FIRE to get the college to support the show, opening night for her small theater program in a town on the eastern edge of Iowa represents a big victory — not just for the arts, but for theater faculty nationwide who perform controversial material. 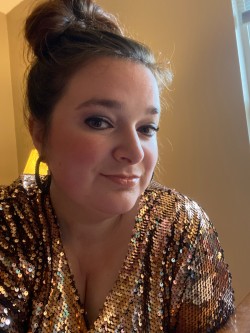 MCC theater director Alyssa Oltmanns advocated against cancellation of the play for months.

“There are lots of hot topic, or big-issue themes in the play,” Oltmanns said of the dark comedy “Dog Sees God: Confessions of a Teenage Blockhead.” “To anyone who’s had the luxury of not encountering these issues in their lives, I think it can seem like a sensational script. But what it really is is a truthful depiction of life.”

(Spoiler alert: Snoopy may or may not get rabies.)

But those hot topics initially appeared too hot for MCC to handle, with an administrators at the Iowa college citing pretextual concerns like COVID — odd for a virtual play — as the reason for its cancellation. Early on, one administrator told Oltmanns he worried he’d get calls about the play’s content.

“He said he worried that ‘if you do this play, I’ll get phone calls to my office because this isn’t the “Peanuts” they are used to’,” Oltmanns told local outlet The Gazette in September.

Oltmanns tells FIRE she chose the play for that very reason.

“These messy issues are a big part of the lives of those around us. We might not know it, but they’re there,” she said. “Even though this is a fictional script, it’s realistic of the world around us.”

“What I want viewers and my students to take away is that they’re not alone,” Oltmanns said. “Any of the things the characters are struggling with, if someone sees this and realizes they’re not alone, that can give them the boost of confidence to get help and reframe the narrative of what they thought about their lives.”

After two letters from FIRE, MCC agreed to offer students free tickets and will allow Oltmanns to select the script for a play this spring. And a broader community coalition stepped in to co-sponsor the show, a development Oltmanns said has been a silver lining.

“Our shows have always been open to community involvement,” Oltmanns said. “[This situation] brought in community members like Pearl City Players, who are the community theater here in Muscatine.”

“It just shows that with or without gatekeepers, the arts will continue.”

FIRE will be here to ensure those gatekeepers don’t unnecessarily interfere in the academic freedom rights of faculty like Oltmanns. At a public college like MCC, theater faculty must be free to engage with material that might make others uncomfortable.

“We’re pleased that MCC eventually offered some form of support for the show, but it shouldn’t have taken months of Alyssa’s self-advocacy and two letters from FIRE to get there,” said FIRE Program Officer Lindsie Rank, who authored FIRE’s letters to MCC. “We’ll be watching to make sure Alyssa and her theater program won’t suffer any additional censorship at the hands of MCC.”

Oltmanns has also been encouraged by the support of fellow faculty, who objected to MCC’s actions.

“It just shows that with or without gatekeepers, the arts will continue.”

“District-wide I’ve had the support of basically everyone I’ve spoken with. About 20 faculty members from across the district signed a letter to the chancellor in support of not only the play, him reversing the decision and reinstating the play, but they also signed a letter about academic freedom and just how his decision scared them in terms of setting a precedent for censoring professors with their content,” Oltmanns said. “The faculty across the district have been very vocal and very brave in standing up not only for me but for the art of teaching, period.”

Oltmanns said having her play briefly banned forced her to explore new avenues for creativity. And those lessons are applicable beyond one play at one community college.

“If you are working as an artist or an activist, you’re constantly evolving and creating new ways of getting people’s attention, attention and making an impact and creating change.”

But Oltmanns does hope change can start at MCC.

Tickets $5, or free for MCC Students.

Click here for tickets, or go to ShowTix4U and search “Muscatine.”