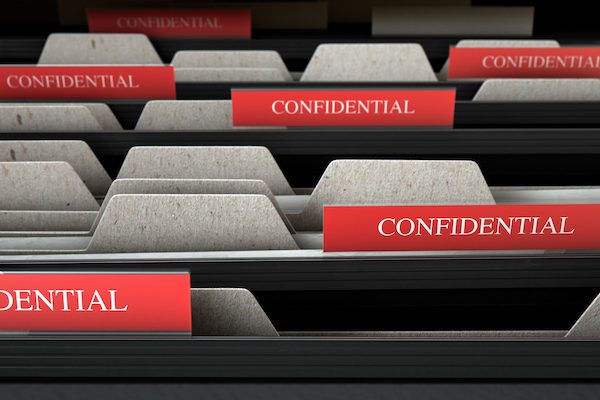 Since FIRE’s Student Press Freedom Initiative (SPFI, or “spiffy” for short) launched last month, our 24/7 hotline for student journalists has been ringing off the hook.

Day and night, FIRE lawyers have helped college journalists answer questions about defamation, First Amendment issues, copyright, and more. Each month, in order to spread the knowledge we share on the SPFI hotline, we’ll highlight one question we answered and talk through ways student journalists across the country can think through these issues.

This month’s question: How can I request records from police departments at private colleges and universities?

The short answer: It depends on your state, and, in some states, there’s no clear answer.

The long answer: Public records laws — sometimes referred to as freedom of information acts, or FOIA — vary vastly from state to state. While these laws almost always allow public access to records of public universities and their security forces, one of the ways they differ is in their applicability to police departments at private colleges. (Note, we’re not talking about security departments, which do not have police powers, but actual police departments.)

One can find many examples of state-sanctioned police departments that are nonetheless affiliated with private institutions. Here in Philadelphia, we have the University of Pennsylvania Police Department. In Baltimore, the Loyola University Maryland Department of Public Safety is staffed by sworn police officers with “full police authority on all university property.”

Nearly all colleges and universities—public and private—are required by the Clery Act to maintain public daily crime logs.

Sometimes, these police departments’ jurisdictions are limited to campus. But, at institutions like the University of Chicago, campus police may have jurisdiction not just on campus, but also in surrounding neighborhoods.

When sworn police officers act under color of state law, and even have arrest authority, surely their actions must also be in the public record, right?

In states such as Massachusetts, state public records laws explicitly do not apply to police officers and departments housed within private colleges and universities.

In Massachusetts, courts have held that since private universities are not public entities, their police departments are not subject to public records laws. In Harvard Crimson, Inc. v. President and Fellows of Harvard College, the Supreme Judicial Court of Massachusetts put the onus on the state legislature to include private university police under public records law. The court stated that it strictly construes the definition of public records “to preclude the public disclosure of documents held by entities other than those specifically delineated in the statute.” The court reached this conclusion in spite of the fact that some officers at the Harvard University Police Department have been appointed as special state officers or even deputy sheriffs in surrounding counties. The court noted that the university police are required to keep daily crime logs that are available to the public, but that requirement falls well short of what would be required were the department subject to the public records law.

In fact, nearly all colleges and universities—public and private—are required by the Clery Act to maintain public daily crime logs, but these logs generally contain far less information than police reports and similar records.

Lack of transparency in police departments at private colleges isn’t just a problem in Massachusetts. In fact, in 2016, our friends at the Student Press Law Center filed public records requests with 30 police departments at private colleges and universities across the country, and only three — Elon, Duke, and Yale — formally responded. (A staffer at a fourth university, Northeastern, accidentally replied to the SPLC asking a colleague, “Lisa,” if he was correct that he did not have to respond per Massachusetts law.)

In some states, the law simply isn’t clear. That’s the case in Illinois, where, in 2015, the state considered but failed to pass legislation subjecting private university police departments to public records laws. This legislative push followed demands from students at the University of Chicago for more transparency from its police department. Though the bill ultimately failed to pass both chambers by the end of the legislative session, the University of Chicago voluntarily released documents that activists had sought.

Lack of clarity also plagues Pennsylvania and Louisiana, where neither statute nor court precedent makes clear whether these police departments are subject to open records laws.

Where laws do apply

It did not matter that the police department was a subdivision of a private entity because, in Ohio, private entities can be subject to public records laws when they perform government functions.

In fact, in Ohio, student journalists can thank their predecessors for taking the question all the way to the Ohio Supreme Court. In Ex rel. Schiffbauer v. Banaszak, a student editor at Otterbein University took the private university to court when it denied her request for police reports. Otterbein had claimed that as a private university, its police were not subject to public records laws, but the Ohio Supreme Court disagreed. The court held that since the universities are allowed by statute to establish fully fledged police departments, the departments both exercise a governmental function and are established by the laws of the state. Thus, the police departments are subject to Ohio’s public records act, which applies to any “organized body, office, agency, institution, or entity established by the laws of this state for the exercise of any function of government.” It did not matter that the police department was a subdivision of a private entity because, in Ohio, private entities can be subject to public records laws when they perform government functions.

In Connecticut, the state’s Freedom of Information Commission determined its public records law applies to police departments at private universities because they are the functional equivalent of a public agency with regard to their law enforcement functions. However, in Simons v. Freedom of Information Commission, one Connecticut court clarified that private university police departments in Connecticut are required to turn over only records that directly relate to law enforcement activities. Disclosure of other records, such as salary information, is not required.

In both Georgia and Indiana, state legislatures acted quickly to amend state records laws to explicitly include private college police departments after cases in both states held pre-amendment laws did not require disclosure by these departments.

In Indiana, when an ESPN reporter sought records from the Notre Dame police department, the Indiana Supreme Court ruled that the department was neither a law enforcement agency nor a public agency under the public records law. The decision came in November 2016, but by 2017 the Indiana legislature had amended its public records law to make it explicitly applicable to private university police records created or received after July 1, 2016.

After students spread the word about their student publication with this poster, @bereacollege called for a campus-wide boycott of @TheBereaTorch.

Why? Communist imagery and their reporting on controversial topics.https://t.co/SBpzrCs18F pic.twitter.com/LMsg0QGffr

Similarly, the Georgia legislature acted after its court of appeals held the public records laws did not apply to the Mercer University Police Department when a Jane Doe sought records related to sexual assault on campus following her own assault. The Georgia legislature acted swiftly, and Georgia Code § 20-8-7 now states that “law enforcement records created, received, or maintained by campus policemen that relate to the investigation of criminal conduct and crimes as defined under Georgia law and which are not subject to protection from disclosure by any other Georgia law shall be made available within a reasonable time after request for public inspection and copying.”

North Carolina’s legislature, similarly, acted due to litigation, but this time while that litigation was pending. In Ochsner v. Elon University, a student reporter took Elon University to court after it refused his request for arrest records. However, before the court had a chance to decide the matter, the legislature stepped in, explicitly bringing private college police forces under the purview of state records law.

The same thing happened in Utah, where a newspaper appealed the state commission’s ruling that a private university police department was not subject to the public records law. Before the supreme court could decide the ensuing appeal in Salt Lake Tribune v. State Records Commission, the legislature acted to bring the departments under the purview of the law.

Similarly, in Virginia, Code § 2.2-3701 states that private police departments shall be considered public bodies and “shall have the same obligations to disclose public records as other custodians of public records.”

What’s a student journalist to do?

Student journalists at private institutions in states where public records law clearly covers private college police departments should take advantage by requesting police reports and other records that might bolster reporting. For more information about public records laws in each state, the Reporters Committee for Freedom of the Press has a fantastic 50-state guide to records laws. And, when you’re ready to make a request, the SPLC’s records request generator is a great tool.

For student journalists who find themselves in states where the law is unclear, we always recommend just trying a public records request. These requests usually don’t take much time, so if the police department ultimately denies (or ignores) your request, you’ve usually only lost a few minutes, your reporting is in no worse a position than it was before and, who knows, you may create a basis for litigation to clarify the law. If you file a request and it is denied, you can always reach out to the SPFI hotline at 717-734-SPFI (7734) — we may be able to help.

Student journalists at private colleges and universities in states where the law clearly does not apply to their police departments should take advantage of the Clery Act’s required disclosures in their campus crime reporting. As mentioned earlier, the Clery Act requires nearly all colleges and universities — public and private — to maintain a publicly-accessible daily crime log, which must be updated every 48 hours. Make a habit of knowing where that log is kept and review it frequently for new entries — or the absence of entries that should have been included.

This log isn’t as detailed as other public records from police departments would be, but it must be easily understandable and include the nature of the crime, the date and location of the crime, when the crime was reported, and the disposition of the complaint. College reporters who have trouble gaining access to this information should contact SPFI.

Are you a student journalist, student media staffer, or student media adviser with a legal question? Call SPFI’s hotline day or night at 717-734-SPFI (7734).