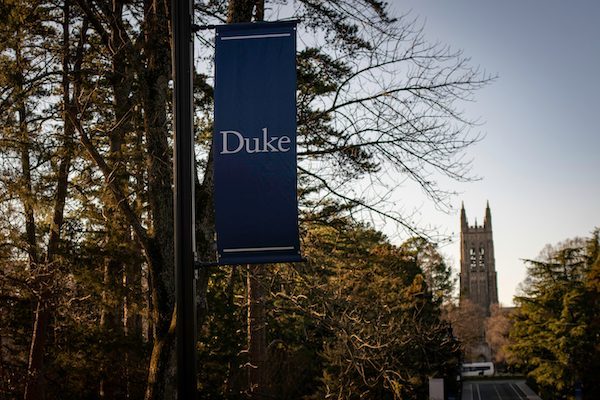 After Duke University’s student government, aggrieved that a pro-Israel club responded to one of its critics by name on social media, denied recognition to the group, Duke’s president has promised to provide the club resources.

That’s a good first step, and it’s important, given that the student government’s actions violate the university’s commitment to freedom of expression (as our letter to the student senate explained), that the university mitigate the damage caused by that denial of recognition. But does that place the group on equal footing with other Duke organizations?

Today, FIRE wrote to Duke University’s administration seeking answers regarding what resources will be provided to Students Supporting Israel, and explaining that the student group may not be denied resources based on its protected speech.

On Nov. 15, Duke Student Government President Christina Wang vetoed recognition to a Students Supporting Israel chapter after the student senate had approved the group’s recognition. Wang cited one of the group’s social media posts, which consisted of a screenshot of a Duke student’s public tweet criticizing SSI’s recognition as promoting “settler colonialism” and a caption from SSI offering to educate the student “on what ‘settler colonialism’ actually is and why Israel does not fall under this category whatsoever.”

Duke must provide SSI with resources commensurate to those recognized student groups receive.

To be clear, the actions of Duke Student Government are independent of, and not determined by or sanctioned by, the university. Nor does a lack of formal recognition by student government prevent students from organizing in groups as they wish; there are many organizations that continue to operate at Duke in different ways without such recognition, and the university has identified options for SSI to secure financial and programmatic support.

While it may be true that Duke’s student government made the decision to deny SSI recognition without input from the administration, the claim that its actions are “independent” of the university is functionally incorrect because it ignores that recognition and funding are actions on behalf of, and facilitated by, the university’s administration. As we said in our letter:

Duke’s assertion that the student government’s actions are “independent” of the university is not entirely true, as the university delegates to the student government its authority to recognize student groups and to distribute the university-collected student fees, which students are required by Duke to pay in addition to tuition and other expenses. The students who attempted to start the SSI chapter on campus pay these student fees. However, they have been deprived the opportunity to access these fees and associate on campus, even though Duke promises its students the right to do so.

Additionally, Duke must provide SSI with resources commensurate to those recognized student groups receive. If SSI does not receive all resources available to other student organizations — including the ability to reserve spaces, apply for funding, or open financial accounts on campus — then Duke is depriving SSI of options based on its speech.

FIRE’s @SabrinaConza: “With this move, Duke’s student government is consciously punishing SSI for engaging in debate and responding to its critics — engagement that should be encouraged, not punished, at an institution dedicated to free expression.”https://t.co/6watPi1yZi

Duke has made clear commitments to students that they have expressive and associational rights. Just as Duke cannot itself violate these commitments, neither can a body like the student government to whom the university delegates authority to administer school resources. If a student government is unable to provide a recognition process that protects the freedom of expression Duke guarantees to its students, Duke should find another process or body through which recognition — and with it, access to the student fees collected by the university — is governed.

It is now incumbent upon Duke’s administration to right the wrongs of its student government. SSI must be provided with all of the resources made available to any recognized student group on campus — not just funding, but also the right to reserve space and open financial accounts on campus, and more. Duke must be fully transparent in identifying what resources SSI will be provided and how these resources compare with the resources available to Duke’s recognized student organizations.

We call on Duke to make SSI whole and to make clear to its students that the university’s free expression promises will be kept.