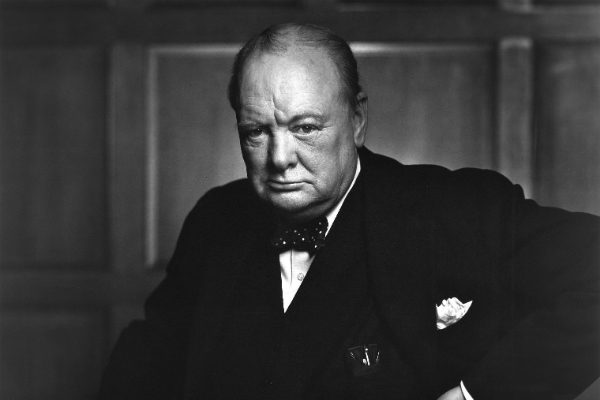 On Monday, the Trinity College Student Government Association announced that it had voted — after weeks of delays, meetings, and public forums — to deny recognition to the Churchill Club. The club is a student organization affiliated with the Hartford-based Churchill Institute, which is “dedicated to the preservation, dissemination and extension of the Western moral and philosophical Tradition.” Shortly after the announcement, the college’s administration said it had previously decided to extend institutional recognition to the student group, spurring a condemnation from the student government. This is a welcome development, but it still leaves the group unable to request funding on equal terms with many other student groups.

The Churchill Club first began to seek recognition early this year. This led to, as the Trinity student newspaper described, questions “about the overlap of the rhetoric used by the Churchill Institute and far-right groups,” and about the club’s “focus on Western civilization, and its conservative leanings.” Students also criticized the club’s faculty advisor, who founded the Churchill Institute, for referring to on-campus cultural houses for ethnic groups as “tribal enclaves.” The SGA then delayed a vote on recognizing the organization, choosing instead to hold multiple meetings and two “town hall” events for students to discuss issues surrounding the approval process.

In early April, FIRE wrote to the SGA, sharing our concern that the SGA’s disparate treatment of the Churchill Club amounted to viewpoint discrimination in violation of Trinity College’s commitments to free expression. Because Trinity has extended to the SGA the authority to recognize student organizations and to distribute student fees collected by the college, principles of freedom of expression require the SGA to exercise that authority in a viewpoint-neutral manner. As we pointed out in our letter, recognition of a student organization in this scenario is properly a ministerial, bureaucratic matter, and not one that should be seen as an endorsement of the group’s views.

On Sunday, the SGA finally voted — via an unusual secret ballot — to deny recognition to the Churchill Club. In a Monday email announcing the decision, the SGA said that “the club completed all of the steps regarding approval.” It nevertheless cited three reasons for the denial of recognition: (1) the “discomfort” expressed by “a wide variety of communities within our campus” over “this club and its rhetoric”; (2) a statement by the Churchill Club that some of its critics were “militant”; and (3) a legal threat by the club’s faculty advisor against student critics, “curbing the rights of those students to exhibit free speech.” The SGA went on to assert that denial of recognition “in no way impacts” the club’s “ability to organize themselves on campus and discuss their thoughts on Western Philosophy.”

Recognizing that the group completed all required steps for approval while citing the “rhetoric” and criticism from the club underscores the SGA’s obvious viewpoint discrimination. A hostile, viewpoint-based reaction to speech by listeners does not constitute a content-neutral basis for regulation. While calling student critics “militant” may be unkind or uncivil, it is protected opinion, and organizations should not be denied recognition on the basis that they engaged in hyperbolic criticism. Likewise, while the SGA is rightfully concerned by the faculty advisor’s allegedly illiberal “legal threat” against the Churchill Club’s critics, a group cannot be denied recognition on the basis that it (or its allies) engage in illiberal, but protected, expression.

Clarification from the President

Trinity’s administration clearly realized something was amiss. Only hours after the SGA’s email to the college community, Trinity President Joanne Berger-Sweeney wrote to the campus, in pertinent part:

As an educational institution, we have an unshakable commitment to free expression and inquiry, open debate and discourse, and the valuing of all voices. It is the administration’s understanding that the group had met the requirements of the college and of SGA and should therefore have received SGA recognition.

In announcing its decision to students today, SGA noted correctly that the vote does not prevent the Churchill Club from organizing on campus. […] Earlier in the semester, [the Office of Student Activities, Involvement & Leadership] reviewed and approved the application materials of the Churchill Club. As such, the club is an officially recognized student group at Trinity. College recognition of a student organization confers certain benefits, such as the ability to reserve college facilities and services, host events, and utilize campus communication channels. Such support of the Churchill Club is meant neither as an endorsement of any ideology, nor a rejection or marginalization of any population.

For those student groups that are interested in obtaining funding from the SGA, there is a second step of seeking recognition from SGA. SGA’s vote last night related to whether the club may seek funding from the Student Activities Fee, which the SGA manages.

Trinity College is right to recognize that the SGA’s denial violates the institution’s commitment to free expression, and formal recognition by the college itself is a positive step in keeping with that institutional commitment. But the college is wrong in its endorsement of the SGA’s assertion that the vote “does not prevent the Churchill Club from organizing on campus.” This misleading statement leaves out the fact that the vote does discriminate against the club and prevent it from organizing on equal terms. The vote to deny recognition means that the organization, because of its views, cannot seek a share of the student fees its members pay to Trinity College, which authorizes the SGA to distribute those fees.

President Berger-Sweeney’s “clarification” nevertheless led to a condemnation and even a scheduled protest from the SGA, which characterized the move as an “irresponsible and unprecedented seizure of authority” intended as “an explicit effort to silence the voice of the SGA.” It’s unclear how this could be a seizure of authority, as Trinity’s Student Organization Policies seem to require the SGA’s approval of a club only “if funds are to be sought from the Student Activities Fee.” In light of its boast that its decision didn’t impact the Churchill Club’s ability to organize on campus, the SGA seems remarkably upset to learn that the college will nevertheless allow the club to reserve space — even as second-class citizens.

There can be no question that the SGA — fully apprised of its obligation to protect freedom of expression — chose to make its decision based on the group’s views and expression. While it is important that institutions respect the autonomy afforded to student governments, the delegation of authority to student governments carries with it the responsibility to exercise that power consistent with the institution’s legal and moral obligations to avoid infringement of students’ freedom of speech.

Allowing the SGA to make decisions in a viewpoint-discriminatory fashion makes a mockery of the colleges’ promises of freedom of expression. If its commitments to free speech are to be worthy of student and faculty trust, Trinity must fully correct SGA’s error.

Fill out the form below to send a letter to Trinity College President Joanne Berger-Sweeney urging her to uphold Trinity’s promise of freedom of expression.