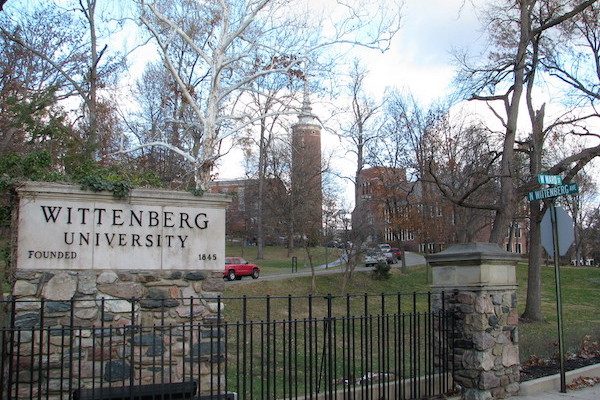 As the COVID-19 pandemic warped higher education over the past year, an occasional point of observation was the effect that the financial strains wrought by the pandemic would have on tenure and shared governance. This has been an abiding concern of the American Association of University Professors, which last September announced an investigation into several institutions’ practices. Last week, the AAUP released its special report on “COVID-19 and Academic Governance” and, not surprisingly, it makes for unhappy, sometimes shocking, reading. As the AAUP’s report extensively chronicles, the institutions unilaterally shuttered academic programs and laid off tenured faculty without declaring financial exigency, a requirement under the AAUP’s best practices. What’s more, they often suspended or rewrote faculty handbooks to give them the leverage to do so.

The AAUP’s report offers in-depth examinations of governance issues at eight institutions. Broadly speaking, there is a certain profile that they fit: Most of the institutions surveyed are smaller, private, and tuition-dependent. What’s more, many of them had struggled financially for some years (the result of factors such as structural deficits and declining enrollments) before the pandemic exacerbated matters further. They are, thus, the type of institutions particularly vulnerable to economic downturns. (The surveyed institutions also include National University, a large private institution with several campuses in California, and the University of Akron, a mid-sized public institution.)

A key concern of the investigation was the institutions’ adherence to the AAUP’s best practices when it comes to laying off tenured faculty and/or discontinuing academic programs, as laid out in its “Recommended Institutional Regulations on Academic Freedom and Tenure.” Those guidelines provide that termination of tenured faculty appointments “may occur under extraordinary circumstances because of a demonstrably bona fide financial exigency, i.e., a severe financial crisis that fundamen­tally compromises the academic integrity of the institution as a whole and that cannot be alleviated by less drastic means.” The AAUP’s “Statement on Government of Colleges and Universities,” which outlines standards for faculty participation and input in university decision-making, also factors significantly.

Overwhelmingly, the institutions did not follow these practices, even as some of their own institutional procedures incorporate them. Not a single one of the institutions, for one, went so far as to declare financial exigency. This, sadly, is not so surprising on its own. As we’ve covered here the last few months, universities have been increasingly willing to degrade their standards to make it easier to shed faculty on short notice. This year, the Kansas Board of Regents passed a policy temporarily removing the requirement that institutions declare financial exigency before removing tenured professors while also making it possible to remove them in a dramatically shorter timeframe. Also this year, John Carroll University established a less exacting category of financial distress (“budgetary hardship”) that makes it easier and quicker to remove tenured faculty without declaring financial exigency. (Both of these examples are observed as well in the AAUP’s report.)

If taking these sorts of budgetary shortcuts isn’t exactly breaking news (it was a rash of these incidents that prompted the AAUP’s investigation, after all), the other means some institutions took to carry out their objectives are shocking in their brazenness. Consider:

The AAUP isn’t blind to the fact that these institutions may have had few good options at their disposal, and it is open to the possibility that some of the outcomes documented in its report would have been more acceptable had they been reached in a more transparent and democratic fashion:

This investigating committee does not doubt, nor does it dispute, the financial challenges faced by colleges and universities in the pandemic, especially the small, private, tuition-dependent institutions that most of this report concerns; nor do we contest the fact that, in the first wave of the pandemic, some decisions, such as to conduct all business remotely, had to be made expeditiously.

And to take the situation at Canisius College, one of the institutions featured in the report, the AAUP said:

There is little dispute that the financial situation at Canisius went from bad to worse as the result of the global pandemic. A careful consideration of how to address this situation, undertaken through proper channels of shared governance and in accordance with AAUP-recommended standards, might well have reached a conclusion on the necessity of academic restructuring and the termination of faculty appointments similar to the conclusion at which the administration actually arrived.

This isn’t what happened, however — not at Canisius, nor any of the other institutions in the AAUP’s report. It’s hard to disagree with the AAUP’s sentiment that in at least some of these cases, institutions used the COVID-19 pandemic as a justification to enact dramatic reforms without interference.

It’s hard to disagree with the AAUP’s sentiment that in at least some of these cases, institutions used the COVID-19 pandemic as a justification to enact dramatic reforms without interference.

A watered-down faculty governance role also jeopardizes academic freedom. If the sense that the faculty’s guidance can easily be discarded becomes institutionalized in the administration, there’s little reason to believe an institution won’t toss aside faculty concerns for academic freedom and appeals to academic expertise when seeking to punish professors whose scholarship or expression they find inconvenient. We’ve seen that happen plenty of times as it is.

The norms of free speech and academic freedom and the best practices of shared governance have an important feature in common: They’re especially important to stick to in difficult times. The faculty at the institutions featured in this report weren’t naive to the fact that they faced some difficult decisions and potential sacrifices, and many tried to work with their administrations to find a better way forward. That faculty were so often treated not as partners but as obstacles may well do more long-term damage to their institutions than can be made up by the short-term fixes sought by their leaders.