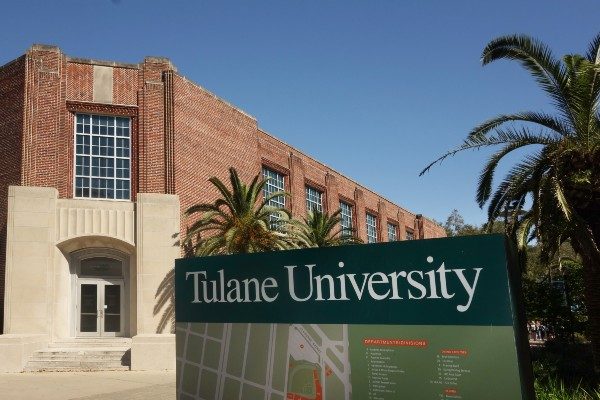 An event aiming to confront one author’s family history of racism is “not only inappropriate but violent,” according to members of Tulane University’s student government who led the charge for its cancellation.

Tulane planned to host an event on “Life of a Klansman: A Family History in White Supremacy” by Edward Ball on Aug. 6, featuring a discussion with the author and Lydia Pelot-Hobbs, an assistant professor of geography and African American and Africana studies at the University of Kentucky. In the book, Ball reckons with his own family’s advocacy of white supremacy.

Now, Tulane has snatched the microphone from Ball and Pelot-Hobbs. In doing so, Tulane proved how easy it is to shut down discussion at one of the top colleges in the South.

On Aug. 4, the student government demanded that administrators cancel the event and instead amplify voices of black speakers. The same day, the university announced it would postpone the event to “reframe” the discussion.

By adding more voices to the dialogue, rather than eliminating perspectives they subjectively deem “violent,” student government leaders can better serve the Tulane community.

That raised FIRE’s eyebrow. We’re wary when administrators scrap plans for events based on objections to the speakers’ viewpoint, and curious how “reframing” could possibly appease students who say the mere discussion of the topic is violent. Of course, students are free to call for the cancellation of any event they disagree with — and FIRE will defend them if they face censorship in this pursuit. But leaders at the private New Orleans university do their students a disservice by catering to the most repressive calls for censorship. Campus discussions should not be canceled based solely on the popularity of a particular speaker’s viewpoint — no matter how loud or numerous the voices of opposition.

Student government members should be mindful, in their well-meaning endeavors to make campus more inclusive, not to deprive their constituents of the ability to hear from speakers who hold a diverse array of viewpoints, whether they personally agree with them or not. FIRE encourages students to take a “more speech” approach and will defend their rights to ask tough questions, organize counterpoint events, amplify the voices of black speakers, peacefully protest the discussion — or simply not attend the event.

Ball joins the ranks of Hillary Clinton, Stanley Tucci, Ivanka Trump, Chelsea Manning, and George W. Bush in being silenced by such calls for censorship. And it’s no new phenomenon. FIRE’s Disinvitation Database tracks 450 such disinvitations and disinvitation attempts from around the country — showing that speakers of every political persuasion have been silenced by this type of censorship.

Reason’s Robby Soave noted that the New York Times lauded Ball’s book as “a haunting tapestry of interwoven stories that inform us not just about our past but about the resentment-bred demons that are all too present in our society today,” and that anti-racism scholar Ibram X. Kendi, author of “How to Be an Antiracist,” participated in a virtual discussion about the book last week. Kendi called the book “a story that every American should know, it’s a history that every American should know, and so every American is going to need to read the book for that.”

“I think it’s useful to take ownership of a difficult past, rather than to deflect and disparage, or disavow it,” Ball said in the virtual discussion. At Tulane, however, it appears that many students would prefer this conversation not happen at all.

Tulane has the opportunity to change that and simultaneously teach students about opposing viewpoints and free expression. And by adding more voices to the dialogue, rather than eliminating perspectives they subjectively deem “violent,” student government leaders can better serve the Tulane community.