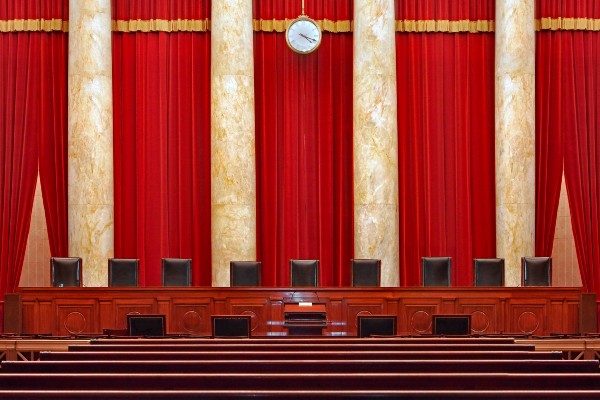 The United States Supreme Court will hear oral arguments this morning in Uzuegbunam v. Preczewski, a case that will decide whether “nominal” damages — that is, a small sum awarded where there are no significant monetary damages — are sufficient to establish standing in civil rights lawsuits. This issue, arising in the context of college students silenced by unconstitutional speech codes, has important implications for whether students, faculty, and members of the public can vindicate their First Amendment and due process rights.

C-SPAN will broadcast the arguments beginning at 10 a.m. ET.

FIRE filed an amicus curiae brief with the Supreme Court in March urging the court to take the case, which the Court agreed to do in July. FIRE then filed a separate brief in September, outlining our argument for how the Justices should approach the narrow legal issue at stake — one that will have far reaching consequences beyond student speech on campus, impacting how government actors are held accountable for constitutional violations.

FIRE has monitored this case with interest since 2016, when Chike Uzuegbunam, a student at Georgia Gwinnett College, was prevented from speaking in the public college’s common areas. The college cited several unconstitutional speech codes to punish the student, who later sued. Georgia Gwinnett quickly agreed to change its policies in an apparent move to avoid litigation, and the district court declared the issue moot. The Eleventh Circuit upheld the mootness ruling.

As we have explained, the particular legal question before the court will have a broad impact on students’ expressive rights:

At issue is whether a claim for nominal damages — that is, a small, symbolic amount of money — can survive when an offending policy has been changed or the student has graduated, or both. Because colleges can change their policies at any time and students often graduate before a case reaches a final resolution, nominal damages are an important tool for ensuring students have their day in court.

In our September brief, FIRE (joined by the Cato Institute) argued that without the legal tool of standalone nominal damages, colleges will be able to violate students’ rights with impunity by simply changing unlawful policies anytime a student sues. The Eleventh Circuit’s holding effectively deems past violations of students’ First Amendment rights as valueless. As we wrote in our brief, such a ruling must not be allowed to stand:

The Eleventh Circuit’s misguided approach [] ignores a critical distinction: unlike prospective equitable relief, nominal damages remedy past violations, not ongoing or potential future wrongs. In this regard, the Eleventh Circuit’s decision fails to appreciate that the deprivation of a constitutional right is an injustice irrespective of whether it results in monetary loss.

Uzuegbunam detailed his reflections on the importance of those rights yesterday in The Washington Post:

My college tried to stop me from speaking about religion, writes Chike Uzuegbunam. Now, we’ll meet in the Supreme Court. https://t.co/MBe6tS1ARK

FIRE is hopeful the Supreme Court will soon settle this important issue by ensuring students maintain a critical avenue for safeguarding their Constitutional rights.

You can read our full brief here: