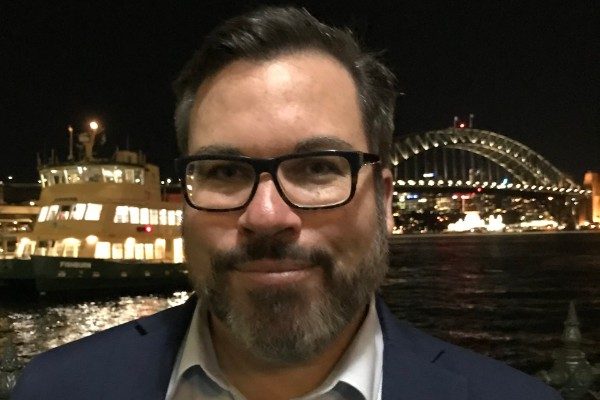 CAIRO, Egypt, July 24, 2019 — A professor at American University in Cairo has fled Egypt out of concern for the safety of his family after a fight to defend his academic freedom rights and a run-in with Egyptian security forces.

Today, the Foundation for Individual Rights in Education wrote to AUC President Francis J. Ricciardone to ask: How did this happen at a university accredited and incorporated in the United States and committed to academic freedom?

Professor Adam Duker’s troubles began in October 2016, when a department chair told Duker his proposed course would be approved only if he cut the film “Super Size Me,” a PG-13 documentary about fast food, from the syllabus. The chair cited the film’s “offensive” elements, including “a graphic medical procedure, and some frank discussion of sexual relations,” and worried that others would find the film controversial, causing AUC “considerable trouble.”

Tarek Taher, the son of the late Abdulhadi H. Taher, who endowed Duker’s chaired professorship, was responsible for the management of his father’s estate. In January 2017, he contacted Ricciardone requesting to learn more about his father’s endowment and to ensure that it “fits within his vision.”

AUC shared copies of Duker’s syllabus with Tarek Taher, who went on to request that Duker use a different translation of the Quran, one that used “Allah” instead of “God.” Duker reported that he met with Taher, who recounted to him a dream in which a celestial being voiced concerns to him about the program. Taher expressed a desire to pre-approve Duker’s lectures and asked that he proselytize for Islam in class. Duker refused Taher’s request that he use the position to convert students to Islam.

On July 11, 2017, Provost Ehab Abdel-Rahman unexpectedly informed Duker that his position as the Abdulhadi H. Taher Chair in Comparative Religion had been revoked at Taher’s request. According to Duker, he was told that the title was removed over his failure to present Islam more favorably than other faiths in class. He was also told to remove any public reference to the endowed professorship.

Taher also reportedly later objected to Duker’s alleged “misuse of the chair” and “Zionist direction,” and said Duker had been “stopped when we found out.”

“Whether at home or abroad, a university’s commitment to academic freedom is only worthwhile if it can withstand donors’ efforts to influence professors’ pedagogical decisions,” said FIRE Senior Program Officer Sarah McLaughlin. “Given the institution’s American accreditation, students and faculty deserve to know if AUC treats their rights like rock-paper-scissors, where donor demands always beat institutional commitments.”

In December, Interim Dean Robert Switzer informed Duker that he was under investigation for continuing to publicly refer to himself as the Taher Chair — his contractually-specified title — which he said caused “considerable embarrassment, and possible further damage” to AUC.

In response to Switzer’s accusations, Duker filed a grievance with the faculty senate, which found that “nothing in [Duker’s] contract” gave AUC “the right to revoke this title” and that his use of it did not constitute faculty misconduct. The senate also expressed concern “that the donor was allowed to interfere in academic matters and influence the Provost’s decision to strip Dr. Duker of his title,” which set “a very dangerous precedent and infringed on Dr. Duker’s academic freedom.”

(The chairman of the University Senate later revoked the report after Duker made it public, claiming that he “compromised the faculty members of the grievance committee” by disclosing their exculpatory findings.)

In May, Duker chose to resign and leave Egypt out of concern for the safety of his family. His decision was prompted by an earlier incident where he was approached by armed members of Egypt’s security forces while leading a class field trip to Cairo’s religious landmarks. Officers, who repeatedly referenced the Taher family, briefly detained him and demanded that Duker follow them to an interrogation room before letting him go.

The following month, AUC found Duker responsible for faculty misconduct over his “continuing use” of the Taher Chair title and “public statements maligning the reputation of Mr. Taher” — even though he had already resigned.

“It is a shame to the Taher family legacy that Tarek betrayed his father’s wishes by demanding that I teach and conduct my research according to his own religious views,” Duker told FIRE. “But it is an even greater shame that the AUC administration would agree to Tarek’s demand that I be stripped of this position.”

Today, FIRE’s letter asks AUC to acknowledge that its treatment of Duker — revoking his title at a donor’s demand and then investigating him for “maligning” that same donor — violated its academic freedom commitments and the requirements of its accreditation.