You’ve probably already seen the image of a University of California, Davis (UC Davis) campus police officer pepper spraying a group of seated student protesters on November 18, 2011. In addition to being one of the most striking images from the past few years, it evoked concern about the way colleges respond to student protests and inspired countless memes: 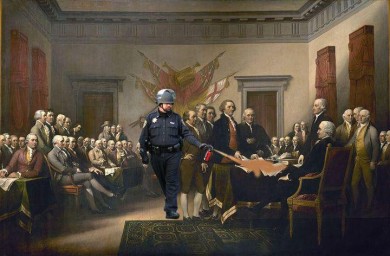 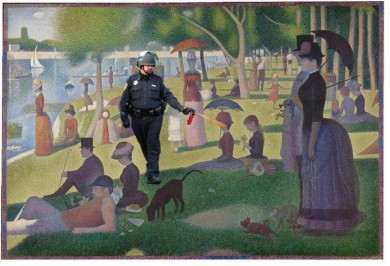 But if the UC Davis administration had its way, we would all just forget it ever happened.

According to The Sacramento Bee, which requested documents from UC Davis under the California Public Records Act, the university paid at least $175,000 to consultants “to scrub the Internet of negative online postings following the November 2011 pepper-spraying of students and to improve the reputations of both the university and Chancellor Linda P.B. Katehi.”

With this contract, the university hoped to enhance its online search results so users would see content more favorable than what one consultant referred to as the “venomous rhetoric about UC Davis and the chancellor” that emerged as a response to the pepper-spray incident. The Sacramento Bee reports that UC Davis also wanted “to improve the school’s use of social media and to devise a new plan for the UC Davis strategic communications office, which has seen its budget rise substantially since Katehi took the chancellor’s post in 2009.” UC Davis, in short, hoped to bury videos like this one:

The condemnation of the university’s decision from those who think this $175,000 was not well spent has been swift and severe—and many members of the UC Davis community think someone should pay for it. The University of California Student Association, legislators, student protesters, and the editorial board of student newspaper The Daily Californian have all called on Katehi—who was also chancellor when the pepper-spraying incident occurred—to resign or be fired.

By accidentally triggering the Streisand effect—the term used to describe the way in which attempts to censor or hide information backfire—UC Davis is now undoubtedly learning a lesson about free speech. And perhaps the school could have found more effective ways to improve the free speech climate on campus with that $175,000, as Popehat’s Ken White suggests:

As one of its responses, UC Davis spent $175,000. Was it on use-of-force training for campus police? Crisis management training for administrators? More classes on constitutional rights for students? Nope. They spent it on an “online branding campaign” to “expedite the eradication of references to the pepper spray incident in search results” about UC Davis.

Outsource your marketing, outsource your ethics and your reputation. Had the leadership of UC Davis consulted with, say, one of its students, they would have learned that this was an extraordinarily foolish plan. But marketeers, who have an incentive to make money (though rarely as much as $175,000), can’t be counted on to tell you about the Streisand Effect or about the limited usefulness of SEO woo or about what happens when a plan like this gets revealed.

By attempting to cover up an egregious abuse of student protesters, and the criticism it garnered, UC Davis has failed to improve its reputation, and instead provided a reminder of the futility of trying to make negative stories disappear. Other colleges should take note—and, unlike UC Davis, should try to avoid pepper-spraying seated protesters in the first place.