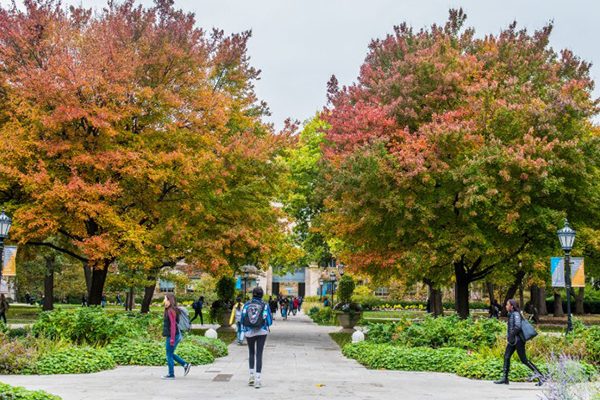 The University of Chicago’s student government and 25 student organizations have joined UChicago student group Phoenix Survivors Alliance in asking the university to make its written policies and procedures relating to sexual misconduct cases clearer and more transparent. Although not all of PSA’s recommendations fall within the scope of FIRE’s mission, most of them further the important goal of ensuring students understand the university’s policies and procedures and are protected against uneven application of those policies.

According to student newspaper The Chicago Maroon, UChicago’s College Council “voted unanimously on Tuesday to approve a statement in agreement with proposed changes to the University of Chicago’s Title IX policy drafted by [PSA].” While the proposal is framed in terms of ensuring fairness for survivors of sexual misconduct, PSA’s goal of clear, consistent policies is one that should be shared by all members of the campus community, and it is certainly a goal that is shared by FIRE.

PSA stated in its proposal, for example:

PSA, College Council, and the 25 organizations that signed on to the recommendations are right to be concerned about these points. In FIRE’s Spotlight on Due Process report, we addressed the problem of unclear policies and provisions that described what might happen rather than what would happen during disciplinary procedures:

Vaguely written provisions, or those that grant broad discretion to administrators, may easily be abused to deprive students of their right to a fair hearing, and therefore FIRE considers them inadequate to protect students and secure fundamentally fair proceedings.

We further pushed back against institutions that, as PSA articulated it, “spread [information] across multiple documents”:

Some institutions rated in this report maintain not one policy, or two, but several that overlap and sometimes conflict with each other. This will inevitably confuse students and make it harder for them to assert their rights to fair disciplinary proceedings. It also increases the potential for procedural inconsistency among similar cases.

Per PSA’s analysis, the current policies seem to suffer from exactly this problem.

PSA also noted that appeals are not likely to be meaningful or fair without an accurate record of the hearing:

We agree that a reliable record of each hearing is needed in order to ensure just results when a case is appealed. While we don’t have personal knowledge of the cases in which PSA says parties were prevented from even taking notes, such an extreme limitation on students’ abilities to memorialize the hearing and ensure their rights are being respected cannot be tolerated.

Beyond PSA’s recommendations, there is much more that UChicago could do to improve its disciplinary policies. Readers can check out our Spotlight on Due Process report to see why we gave UChicago a D grade for its disciplinary procedures. Of course, FIRE is always happy to work with any institution to craft policies that better protect students’ rights.

We hope the UChicago administration takes swift action to make its disciplinary policies and procedures clearer and fairer to all students, and we commend the UChicago students who are pushing towards this important goal.