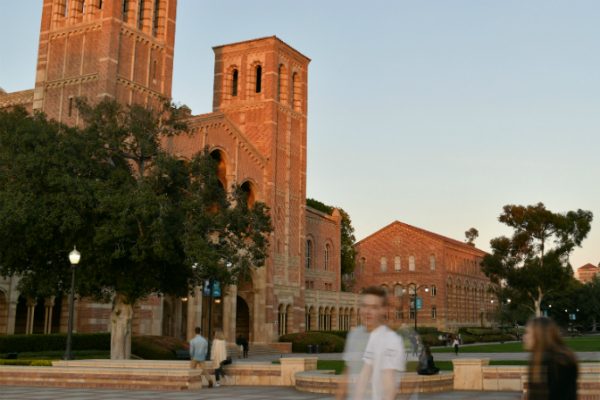 On Tuesday, the Academic Senate Committee on Academic Freedom at the University of California, Los Angeles, released a statement on academic freedom. The statement urges the school to stand by its commitments to free expression in the wake of a highly publicized controversy involving UCLA professor Gordon Klein, who was placed on leave after an email he wrote, declining to alter his final exam schedule and grading procedure for Black students during the protests over the homicide of George Floyd, went viral.

While the statement only refers directly to the situation with Klein, FIRE is also following another case at UCLA, involving a lecturer who is under apparent investigation for quoting Martin Luther King, Jr. Accordingly, FIRE has concerns about the state of academic freedom at UCLA, which earns our highest, “green light” rating for its speech policies.

On June 2, a student emailed accounting professor Gordon Klein, requesting that he accommodate Black students during a time of civil unrest. After refusing the student’s request to alter final exam requirements, a Change.org petition calling for UCLA to fire Klein went viral on Twitter, where it collected over 20,000 signatures. After 39 years of teaching at UCLA, the university placed Klein on mandatory leave effective June 3. FIRE immediately wrote a letter to UCLA, calling on the university to reinstate Klein.

In a blog last month, my colleague Katlyn Patton described both UCLA’s legal obligations and the ways they’ve fallen short in this case:

As a public institution, UCLA is bound by both the First Amendment and the laudable promises of academic freedom it makes to its faculty members. Those obligations and promises are of even more importance during a crisis. Given that Klein followed institutional policy when he refused to alter his final exam procedures, this investigation is almost certainly based on the tone or viewpoint of his email, which was — however brusque — protected expression on a matter of profound public interest. Klein must be immediately reinstated, and UCLA’s leaders must make clear that their commitment to academic freedom is stronger than an online mob.

An academic institution like UCLA must remain a place for the expression of a wide diversity of views and interpretations. It should also be a site of vigorous debate—including by students, by faculty, and by others—so that those exposed to or participating in these discussions have the opportunity to hear a range of opinions as they formulate their own views.

It is especially important to maintain academic freedom in times of controversy. As Katlyn wrote in FIRE’s letter, “Penalizing protected expression is not a cure for addressing the underlying challenges faced by society.”

UCLA should substantively engage with the concerns raised by its faculty members, lest it allow the effects of its responses to controversies to cast a chilling effect on campus discourse. FIRE will be watching as this continues to unfold.