FIRE > Newsdesk > Top Story > UCSD must open segregated orientation to all students, regardless of race 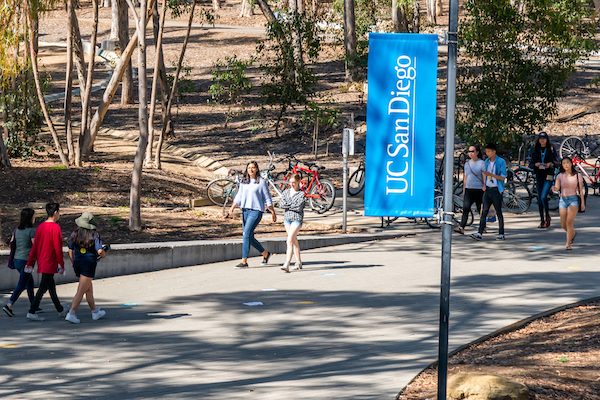 The University of California, San Diego, is the most recent university to engage in the concerning trend of hosting racially segregated campus events. Next month, UCSD is hosting a three-day orientation program called the “Black, Latinx, and Native American Family Orientation,” which the university says is meant to provide “tailored programming for Black, Latinx, and Native American students and their families.” Only students from those racial backgrounds may apply.

FIRE has called on the university to ensure no student is excluded from educational programming because of their race.

Laws enacted to protect students from racial discrimination in higher education have been in effect for more than 70 years. The Supreme Court has reaffirmed time and again the iniquity of educational segregation by — prohibiting separation of a student of color from white students in 1950, and in the 1970s prohibiting segregation against the “white majority.” Decades of case law have made clear that separating students based on race is illegal, regardless of the asserted intention behind the practice, or which race purportedly benefits. As such, UCSD’s segregated orientation is unlawful — even if it represents an arguably well-intentioned effort. Good intentions do not make race-based segregation lawful.

As we wrote to the university:

UCSD can meet the thrust of its goals without violating federal law by simply removing any race-based restriction on attendance in the program’s registration, and by clarifying to admitted students that it is open to any person interested in its content. While programming intended to appeal to or discuss a particular group’s interests is a form of speech the First Amendment protects, federal law and college policy forbid UCSD from denying students access to educational opportunities by virtue of their skin color.

Throughout our country’s history, there have been many attempts to deny students educational opportunities based on their race. FIRE has noticed a resurgence of this trend over the last couple of years as colleges and universities seek ways to offer tailored support to students from marginalized communities. However, institutions of higher education must find ways to do so without banning students of other racial backgrounds from educational programming.

To comply with the law, UCSD must open up its orientation programming to all students, regardless of race.