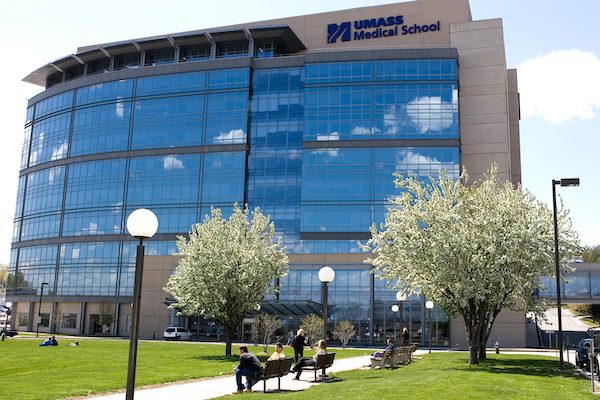 A recently-imposed policy at the University of Massachusetts Chan Medical School imposes tight new restrictions on what information faculty may share about capital punishment.

The “School of Medicine Statement Regarding Teaching Faculty and Capital Punishment,” sent to faculty over the summer, apologizes for the university’s prior failure “to actively oppose the current state of US [sic] capital punishment” and announces that teaching faculty will now be required to “acknowledge and abide by” the administration’s “position” on capital punishment moving forward.

The troubling statement also bans faculty from actions that “could” enable or “contribute” to the use of capital punishment, including “providing . . . information” to “governments engaged in execution by lethal injection.”

The First Amendment protects faculty members’ speech and writing, even if it leads to outcomes that administrators or the public believe to be immoral.

But the policy violates faculty’s constitutional rights by limiting a broad range of speech — for example, research that simply could be used by another to carry out capital punishment — and the university concedes that it reaches “even lawful activities.”

FIRE wrote to UMass Chan last week with our objections, explaining that the First Amendment protects faculty members’ speech and writing, even if it leads to outcomes that administrators or the public believe to be immoral. (Note that UMass Chan was re-named in recent weeks, and both the new policy and our letter use the medical school’s old acronym: “UMMS”.)

“Whatever limits a public university might impose on direct participation in an execution, it cannot restrict faculty members’ speech even if information they impart may ultimately be used by others for purposes that the university, faculty members, or the public believe unjust or immoral,” we wrote to medical school chancellor Michael Collins. “Accordingly, FIRE calls on UMMS to rescind this policy or revise it in a manner consistent with its legal obligations as a public institution.” 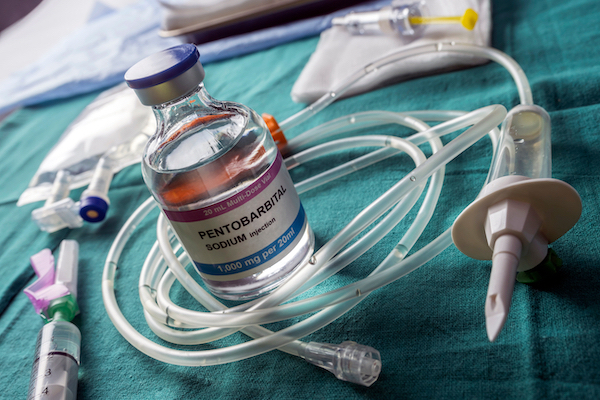 "We see capital punishment as a violent instrument of institutional racism," said a UMass Chan administrator, adding that the school "supports all efforts to see it ended."

The capital punishment policy draws from a recent ethics opinion by the American Medical Association concerning physicians who perform or aid in legally-authorized executions. The AMA notes on its website that its guidance does not have the force of law, but that is not stopping UMass Chan from acting as if it does.

“UMMS holds that its teaching faculty must not engage in any professional activity which could serve to ‘contribute to the ability of another individual to cause the death of the condemned’ or to ‘render technical advice regarding execution,’” wrote Anne Campbell Larkin, the school’s Vice Provost and Senior Associate Dean for Educational Affairs, quoting from the AMA opinion. But the policy goes further than the AMA’s guidance: “This includes, but is not limited to, providing such information to governments engaged in execution by lethal injection.”

As FIRE wrote in our letter, this policy presents a number of legal problems that imperil academic freedom and freedom of expression.

“It is our position,” Larkin wrote, “that the stark racial inequities in the implementation of the death penalty in the US are so egregious that even lawful activities that could enable governments in some way to perform executions is contrary to the professional standard for SOM teaching faculty. We see capital punishment as a violent instrument of institutional racism and support all efforts to see it ended.”

But as FIRE wrote in our letter, this policy presents a number of legal problems that imperil academic freedom and freedom of expression.

As a public university, UMass’s medical school is bound by the First Amendment. That means that any attempt to regulate faculty members’ speech — whether in the classroom, in their publications, and in their speech as private citizens on matters of public concern, like capital punishment — must meet First Amendment scrutiny.

This policy doesn’t come close. While administrators (along with other faculty members and students) may strongly believe that capital punishment should be abolished, administrators at a public university do not have the authority to curtail faculty members’ protected speech. Claiming that authority in order to frustrate other government actors’ ability to carry out capital punishment is short-sighted and prohibited by the First Amendment.

As written, this broadly worded policy would prevent faculty from discussing any information that “could” ultimately “contribute” to capital punishment, even in ways that are unintentional or unforseen. As we wrote in our letter:

The policy would reach any research or publication (a “professional activity”) that “could” contribute to a government actor’s knowledge about how to carry out an execution, even if the faculty member did not intend its use in that manner—or even if that research was intended to dissuade the use of capital punishment. For example, if a faculty member published research on which manufacturers’ drugs are more likely to result in a painful execution, that information “could” be used by government actors in selecting alternative manufacturers to avoid legal challenges under the Eighth Amendment’s prohibition on cruel and unusual punishment.

In addition to its required commitment to the Constitution, the medical school is also bound by the university’s own strong academic freedom policy, which further entrenches faculty’s First Amendment rights to speak and teach on controversial issues.

In short: If moral or ideological opposition alone were sufficient to censor speech, that rationale could be used to censor any controversial topic.

While medical schools may have a cognizable interest in regulating certain conduct to ensure the university’s efficient and effective operation, this policy does not articulate any such interest, “except insofar as failing to expressly oppose capital punishment may be ‘hurtful’ to ‘students, staff, and patients whose race or ethnicity may cause them or their families to be inequitably targeted by’ capital punishment.”

Tinkering with the limits of these protections — particularly abridging them because of the administration’s ideological opposition to capital punishment — will not only imperil faculty rights, but will erode the ability of institutions to defend their faculty members’ rights against internal and external pressures as well.

Administrators cannot now predict what pressures will come to bear on them to censor other research, publications, or speech that some might find deeply objectionable — whether that pressure comes from the left or the right, or from students, faculty, donors, lawmakers, or the general public. FIRE has routinely documented instances of universities imperiling student and faculty constitutional rights because of pressure from others, and it is no secret that others can and will seek to leverage speech restrictions to frustrate conduct they disdain. To name just one example with medical implications, North Dakota lawmakers have limited the ability of public university faculty to work with entities that promote abortion.

And abortion is not the only other topic with moral implications that medical school faculty might wish to discuss. Consider the contentious and ongoing debates surrounding COVID-19 treatments and vaccines, whether and how to intervene when children are gender non-conforming, stem-cell research, physician-assisted suicide, and many more.

In short: If moral or ideological opposition alone were sufficient to censor speech, that rationale could be used to censor any controversial topic.

Finally, the university also appears to be attempting to enforce the AMA’s non-binding guidance on capital punishment as if it were law, suggesting faculty contributions to capital punishment might somehow escape First Amendment protection as unprotected incitement to imminent lawless action.

The First Amendment indeed recognizes that speech can be limited where it causes another to act outside the law. But that limit — the incitement standard — doesn’t apply here.

The publication of research that might inform disapproved practices, for example, does not create the “imminent” likelihood that those practices will be carried out: Years may lapse before a publication’s information factors into a future actor’s decisions. Even if such an outcome were imminent, the incitement exception prohibits advocacy of “lawless” conduct, not legal executions carried out after due process of law.

Capital punishment is legal in 27 states and in the federal carceral system.

If administrators and others believe activities like capital punishment should be unlawful, they may use their own First Amendment rights and other lawful means to work toward that goal. But the First Amendment prohibits them from eroding faculty rights as a means to that end.

FIRE has asked UMass Chan to respond to our concerns by Sept. 24 and agree to rescind or revise the policy consistent with the university’s legal obligations.