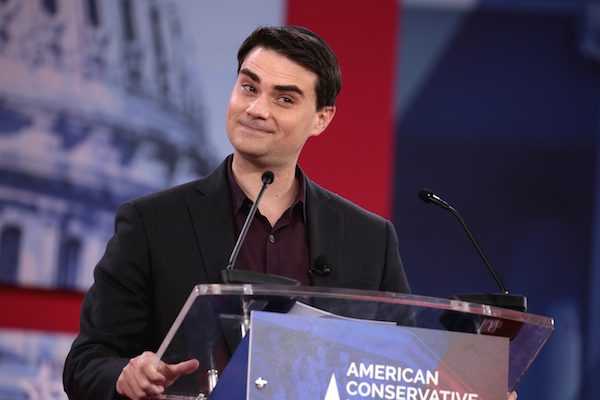 The University of North Carolina at Greensboro lived up to its “green light” rating last week when it affirmed the First Amendment rights of students to invite Ben Shapiro, podcaster and cofounder of conservative news media company The Daily Wire, to speak on campus. The event went off without a hitch, and the university’s response to Shapiro’s appearance should serve as a model for institutions nationwide when controversial figures are invited by students to speak on campus.

Back in February, UNC Greensboro’s Young Americans for Freedom chapter invited Shapiro to campus. To advertise the event, the group posted a photo of Shapiro with a quote: “Men cannot become women. Women cannot become men. Men who believe they are women are not real women.” Other students at the school responded by starting a petition to have the chapter “disbanded” and argued that the chapter violated policies against harassment and discrimination.

One YAF member, who is also a member of the Student Government Association, responded by introducing a resolution affirming students’ free speech rights at UNC Greensboro. YAF reports that the SGA voted overwhelmingly to table the resolution and, ultimately, the controversy resulted in the YAF chapter working with Shapiro to host him on campus.

Faced with numerous pleas for censorship, the university held firm. Not only did the school resist pressure to abridge fundamental rights — notable in light of routine compromises elsewhere — it also took the opportunity to reiterate its commitment to free speech through a shared statement and answers to related FAQs. FIRE applauds this response.

In response to the question “How can I stop this?” UNCG provides resounding clarity:  “The speech and display are protected. You cannot stop it.”

The answer continues, “You can voice your opinion, you can join or host a counter-demonstration, you can educate others, but you cannot enact a ‘heckler’s veto’ where you block the view of a display, impede walkway on the public sidewalk, shout down speakers, or in any other way interfere with the Constitutionally-protected free speech.”

That’s exactly right. By plainly laying out avenues for peaceful protest, students were able to make their own views known by engaging in lawful activities that embraced free speech principles of “more speech.” For example, although the event did not directly address Shapiro, a “Queer Celebration” event was hosted nearby by the Campus Violence Response Center, the Dean of Students Office, and Spartan Open Pantry, among others.

Shutting down opposing viewpoints is a counterproductive approach to persuading others. In contrast, free speech principles embrace the idea that individuals at odds with certain messages maintain their own free speech rights to counter those views. Further, by having an opportunity to listen, those with conflicting beliefs are better able to come to their own conclusions.

Despite the opportunity to join active and lawful counter-activities, one student attended the speech and was escorted out of the building after shouting “Fuck you” at Shapiro multiple times during his presentation, to which the podcaster responded, “Fuck you is not an argument.”

The university’s FAQ also highlighted the value of academic inquiry, stating, “We believe there is no better place than a college campus for thought-provoking discussions.”

Similarly, the FAQs make clear that “[f]ree speech is essential to a healthy Democracy, and we protect it because we believe speech is one method for learning and growth. Censorship of speech is illegal, violates our Democracy, and has no place in a University.”

In response to the question “How can I stop this?” UNCG provides resounding clarity:  “The speech and display are protected. You cannot stop it.”

UNC Greensboro’s efforts helped mitigate unlawful conduct by drawing the lawful parameters for response and reminding students of the reciprocal benefits of free speech ahead of Shapiro’s visit.

In the past, the on-campus presence of Shapiro, or other Daily Wire contributors, has raised concerns of violence — not because words themselves are violence, but because, as was the case at UC Berkeley in 2017, banned weapons carried by demonstrators could result in it. At the time, hosting Shapiro on the California campus cost the university $600,000 in security fees and led to the arrest of nine individuals.

Violent protests are not unprecedented on campus. Some administrators take this concern as an excuse to waffle on the free speech rights of students to host certain guest speakers, which rightly raises concerns over viewpoint discrimination. Research conducted by FIRE suggests that disinvitations of guest speakers have become more common over the last twenty years and disinvitation efforts, from 2000 to 2013, were three times as likely to target speakers with views more conservative than their own than speakers with views more liberal than their own.

UNC Greensboro is a green light institution, meaning the university is one of the elite few that doesn’t have any policies that seriously threaten campus expression. However, a green light rating only considers an institution’s written policies, not their enforcement. Therefore, it is encouraging to see the university stick to its First Amendment commitments. By doing so, the university honors its legal obligations and preserves the academic benefits that freedom of expression affords students — benefits which other universities too often deny their students.

Kudos to UNC Greensboro. Shoring up policies and educating students on their rights — and where they end — before highly publicized events protected the free exchange of ideas on campus and ensured that the university met its mission to “prepare students for meaningful lives and engaged citizenship.”

As always, FIRE stands ready to assist schools with revising their policies and speaker protocols so that students from across the ideological spectrum can hear from their invited guests without interference.