PHILADELPHIA, Pa., Aug. 29, 2017 — The University of North Carolina Wilmington and Appalachian State University have both earned the Foundation for Individual Rights in Education’s highest, “green light” rating for protecting student and faculty free speech, a distinction held by only 35 institutions nationwide. With eight institutions earning FIRE’s top rating, North Carolina leads the country as the state with the most green light institutions.

“FIRE is excited to see so many universities in North Carolina stand up to protect student and faculty First Amendment rights,” said Azhar Majeed, FIRE’s vice president of policy reform. “The important efforts taken by administrators at UNC Wilmington and Appalachian are proof that, from the mountains in the west to the coastal areas of the east, free speech rights matter in North Carolina.” 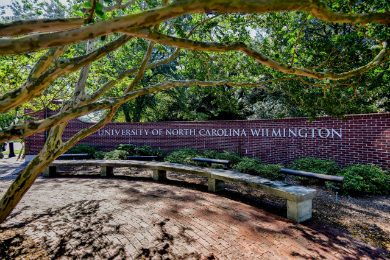 The campus of the University of North Carolina Wilmington. Credit: UNCW

Working with FIRE over the past year, UNC Wilmington clarified the language in nine speech-related policies that previously earned a “yellow light” rating, which denotes policies that could be interpreted to suppress protected speech. Majeed collaborated with John P. Scherer II, general counsel at UNC Wilmington, to revise speech-related policies ranging from residence hall policies to harassment policies and a facility use policy.

“We are pleased to have this opportunity to reaffirm our commitment to free speech and to its practice within a safe and productive learning environment,” said Scherer. “This freedom of expression is a critical part of a comprehensive academic experience for our students and a robust environment of critical inquiry for our faculty and staff. We will continue to welcome the thoughtful and respectful exchange of ideas on our campus.”

Appalachian, likewise, reformed several yellow light speech codes in consultation with FIRE, starting in June. Those policies included a harassment/discrimination/retaliation policy, a computer use policy, and a facility use policy. Vice Chancellor for Student Affairs J.J. Brown led the efforts on Appalachian’s campus, with support from the university’s Office of General Counsel. 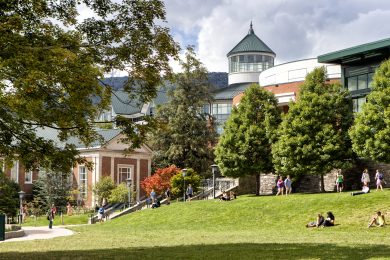 “As Appalachian has explored issues of free speech faced by college campuses across the nation, we took a second look at some of our policies, and determined they needed to be clearer and more concise,” said Brown. “Achieving green light status with FIRE affirms Appalachian’s longstanding commitment to open discussion, academic freedom and respect for differences of opinion and belief.”

To learn more about the state of free speech on college campuses, see FIRE’s “Spotlight on Speech Codes 2017” report.