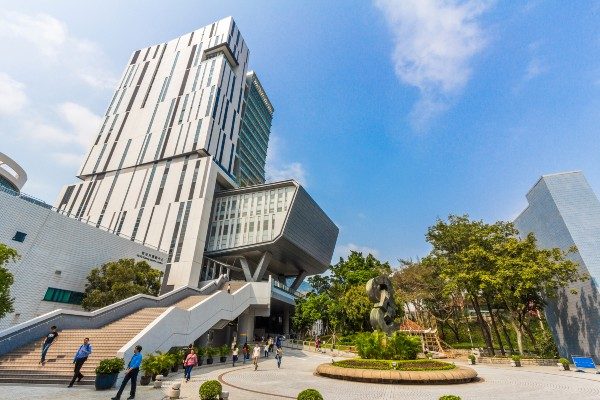 Last week, China enacted a National Security Law that is already having deep impacts on political and expressive rights in Hong Kong. American universities with partnerships in the region must now address the effects the new law will have on student and faculty rights.

Self-censorship will be the rational result for many academics concerned about the threat of prosecution and imprisonment — and that’s likely the intended result.

Police quickly made hundreds of arrests under the new law shortly after its passage, including arrests of protesters carrying signs supporting independence for Hong Kong and criticizing Beijing. Books from pro-democracy activists have begun disappearing from shelves in Hong Kong’s libraries, and schools have been warned to remove books that could “possibly violate” the law.

A number of American universities had already temporarily suspended their programs in Hong Kong last fall during widespread demonstrations, some of which had turned violent on area college campuses, and many study abroad programs are currently on hold while the COVID-19 pandemic continues. But universities must now consider how the National Security Law will impact the safety of students and faculty — as well as their right to teach, study, and speak freely — when widespread international travel resumes.

The law imposes steep consequences on political expression that falls under vaguely phrased bans on separatism and subversion — and applies to non-residents, too. According to the New York Times:

The four major offenses in the law — separatism, subversion, terrorism and collusion with foreign countries — are ambiguously worded and give the authorities extensive power to target activists who criticize the party, activists say.

The new rules apply even to those who are not residents of Hong Kong, with Article 38 suggesting that foreigners who support independence for Hong Kong or call for imposing sanctions on the Chinese government could be prosecuted upon entering Hong Kong or mainland China.

The law also states that national security officials in Hong Kong will “take necessary measures to strengthen the management” of foreign nongovernmental organizations and news outlets in the territory. And, the legislation does not offer specifics.

The legislation seems to be aimed at silencing criticism of the party’s policies in Hong Kong among rights activists, journalists and government officials outside China, experts said.

Academics have expressed concerns that this law, and its malleable wording, could severely threaten academic freedom. After all, who can feel confident openly discussing politics, economics, history, science, research, religion, and other topics when government criticism could constitute “subversion”? Self-censorship will be the rational result for many academics concerned about the threat of prosecution and imprisonment — and that’s likely the intended result.

Considering the impact this law will have on academic freedom and its application to non-residents, which presumably would include international students studying in Hong Kong, universities need to think carefully about their partnerships and study abroad programs in Hong Kong.

FIRE has repeatedly encouraged American universities to take concerns like these into account in our “Commitment to Campus Free Expression at Home and Abroad,” which asks institutions to ensure that their contracts and agreements “do not and will not threaten the academic freedom or expressive rights of any members of its academic community.” At the very least, universities need to ensure that students are fully aware of the legal risks of studying and speaking in Hong Kong.

Authoritarianism isn’t going away any time soon, and universities that commit to protecting free expression must be conscious of their community members’ rights as they engage in education abroad.