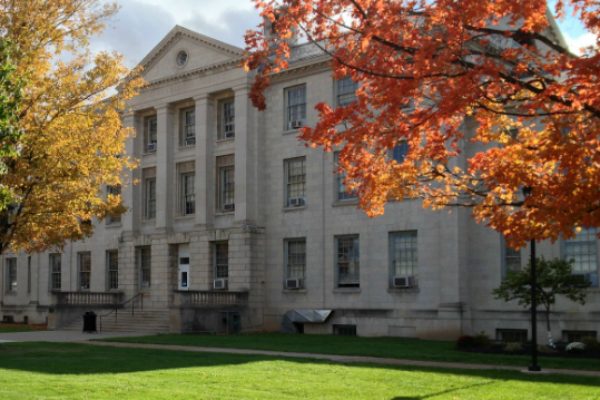 Students at the University at Buffalo received a crash course in petty authoritarianism last week when student journalists for The Spectrum, UB’s award-winning independent student newspaper, were denied access to a student event following a dispute with student government leaders about the tone of the paper’s coverage.

The facts are straightforward. Members of the Student Association, UB’s student government, have been critical of The Spectrum recently. The paper’s editorial board recounts an example from February:

Just last month, one SA council coordinator banged on our office walls and criticized co-senior news editor Jacklyn Walters’ grammatical choices. The behavior was egregious and shocking not only for an SA official but for a student, in general. The coordinator said they don’t typically read The Spectrum but when they do, they only see “negative” content.

Wall-banging notwithstanding, this tension is fairly unsurprising. Whether on campus or off, an adversarial relationship between the free press and government is a natural consequence of journalists doing their job. Like their counterparts in local, state, and federal positions, student government officials must recognize that they’ll be asked tough questions and face criticism. It comes with the territory.

But what happened next is a problem.

Locked out, The Spectrum was unable to cover the Korean Student Association’s victory in the competition. The paper ran a blank space on its front page where coverage of International Fiesta had been scheduled to appear. Leaving a space blank is a common form of protest by newspapers facing chilly responses from officials, high or low.

Hannah Stein, The Spectrum’s editor-in-chief, acknowledges that her staff didn’t apply for the pass, which the editorial board regards as a “courtesy,” not a requirement. But as she argues, that shouldn’t have been a problem. After all, the paper covers the event every year, the student government officials knew the reporter and had worked with him previously, and Spectrum reporters have been allowed into student government events without press passes in the past.

In an open letter, Stein writes:

Gunnar [Haberl, Student Association president] and his staff did everyone a disservice by shutting us out.

He should have stood up for the student body and for press freedom and let us in.

Covering an event like International Fiesta should be simple. It’s a win-win for everyone. There’s little controversy –– although we do always include the budget and report on how the evening transpired. Interestingly, this year, the Korean Student Association, with only $352.36 –– the second-lowest budget of any club according to the SA General Ledger –– pulled off the win. But we couldn’t tell you that since we didn’t see the event.

We tried explaining our role as journalists to our SA officers. All Elise [Helou, Student Association International Coordinator] and Gunnar wanted discussed was protocol. Indeed, our arts editors forgot to apply for a press pass. We admit, our editors should have done that. But editors have forgotten in the past without being turned away. We cover many events all over the city without press passes. On campus, we are all students, we know each other. This was not a high-security event with press jockeying for angles.

We were the only journalists there.

And when it comes down to it, a press pass is a formality. It’s useful to separate real press from outsiders. Gunnar knows who we are. He knows what we do. He should have helped us, not blocked the door.

So is the paper’s editorial board, which took aim at the Student Association’s attempt to argue that its own marketing team provided all the press attention the event needed:

SA officials insisted that since they had allowed their marketing team and the university’s UBNow staff in, the event received coverage.

The argument made no sense. It’s rather frightening and disheartening that they put it forward. It shows us that the student leaders in charge of more than $4 million of our money do not know the difference between news and public relations. Both their staff and UBNow are versions of marketing and PR.

SA has seven paid positions for its media and marketing staff. At least $10,900 combined goes toward SA’s media director, public relations director and head outreach coordinator, according to the SA 2018-19 budget. That’s a lot of money for publicity.

But a buzzy social media post isn’t valuable to the university’s history.

Publicity offers a “positive” spin, not honest critiques. It doesn’t have to be balanced or fair.

We ask tough questions and are critical.

The bottom line is that the Student Association’s decision evinces a disregard for the important function served by the student press. Given that these student politicians might well hold elected office beyond UB’s campus in years to come, they should realize now that freedom of the press is a vital component of our democratic system. As The Spectrum’s editorial board writes: “If SA leaders can’t understand the media’s responsibility to report on campus life, they’re going to have a tough time in the real world.”

Shutting out journalists is an abdication of the responsibility elected officials hold to lead with accountability and transparency. Their constituents should demand better, and we’ll hope that a lesson has been learned.