FIRE > Newsdesk > Top Story > University of Cambridge planning massive deal with the UAE, which jailed a UK doctoral student in 2018 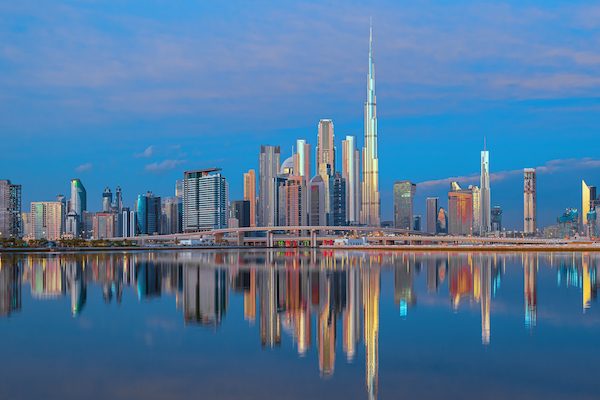 The University of Cambridge is currently under the spotlight over its plans for a £400m collaboration with the United Arab Emirates. While international academic partnerships are common, Cambridge’s deal with the UAE — reportedly the biggest ever donation to Cambridge — would be a hefty financial contribution from a country with a deeply concerning track record on human rights and freedom of expression.

Last week, The Guardian reported that internal university documents suggested the partnership with the UAE, which awaits approval from Cambridge’s general board, “would help Cambridge, one of the wealthiest higher education institutions in the U.K., ‘weather the challenges faced by universities as a result of Covid, Brexit and a constrained funding environment’.” The UAE would commit to funding £312m into the collaboration and Cambridge would contribute £90m through staff time to create the UAE-Cambridge Innovation Institute, which would eventually develop into a staffed physical location within the UAE.

But Cambridge’s plan is marred by well-founded concerns about the ethics of initiating such a major deal with a country known for its human rights violations — including its 2018 arrest of U.K. doctoral student Matthew Hedges, who was held in poor conditions in solitary confinement for months, sentenced to life imprisonment on falsified spying charges, and only pardoned after sustained public pressure.

Cambridge appears to be aware of this ethical challenge. The Guardian reports:

Cambridge University documents acknowledge the risk of reputational damage posed by the collaboration. They also raise concerns about a “values gap”, “academic freedom and institutional autonomy”, and “the potential burden such a large partnership could place on parts of the university and attendant mission drift”. The project is said to have the full support of the vice-chancellor, Prof Stephen Toope.

The documents state: “We are fully aware of the UAE’s recent treatment of U.K. researchers and other visitors, which reflect a dramatically different cultural and legal context than that which may be familiar to our staff and students. We will put in place sufficient support to ensure that our staff are prepared before their work in the UAE begins.”

Hedges’ arrest was a shocking illustration of the risks academics can undertake in states with few protections for their rights,

Cambridge may recognize the potential for a “values gap,” but is the university equipped to overcome it? Critics — including Hedges — are unconvinced.

Hedges told student newspaper Varsity that Cambridge’s acknowledgment of the ethical issues the deal poses is “probably the worst bit of it.” Hedges explained, “It is the fact that there is that self-acknowledgement. And despite that fact, they’re continuing to go forward.” Hedges also challenged Cambridge’s ability to protect the safety and academic freedom rights of its community in the UAE:

When asked if he believes the “sufficient support” promised by the University will be enough to keep academics safe in the UAE, Hedges stated that the phrase “is legitimizing the self-repression and the degeneration of human rights of Cambridge academics and students.” He believes that the University is “trying to absolve themselves of responsibility”, in the case that anything should happen to a student or academic working under the collaboration.

Hedges also responded to the risks highlighted by the University, that is “reputation”, a “values gap” between the UK and UAE, “the potential burden such a large partnership could place on parts of the University and attendant mission drift”, as well as “academic freedom and institutional autonomy”. Highlighting the placement of “reputation” as the first risk, he told Varsity: “you’ve [the University of Cambridge] made your bed, now lie in it.”

Hedges’ arrest was a shocking illustration of the risks academics can undertake in states with few protections for their rights, but concerns about universities’ partnerships in the UAE existed long before it. For years, New York University’s satellite campus in Abu Dhabi has been a target of critics, including from within NYU’s own faculty, due to the country’s denial of entry to some professors — likely on the basis of their criticism of the UAE’s labor practices or their religious views. And, as Scholars at Risk reminded this week, former lecturer Dr. Nasser bin Ghaith has been imprisoned in the UAE since 2015 for his political expression.

Partnerships in countries with severe censorship or human rights concerns will at best raise questions about their institutional values, and at worst directly violate them.

As FIRE has frequently argued, universities do not need to wholly abandon international engagement because it poses risks to student and faculty rights. But they also cannot ignore the simple fact that partnerships in countries with severe censorship or human rights concerns will at best raise questions about their institutional values, and at worst directly violate them.

Universities going forward with such collaborations should, at minimum, allow their communities to participate in the planning process and make public the conditions of the grants or partnerships. They should also be upfront about what precautions they will take to protect their communities and what their plan of action will be should those protections fail. It’s not just universities’ reputations that can suffer in cross-border academic collaborations — like Hedges, individual students and academics will likely suffer the most serious consequences.