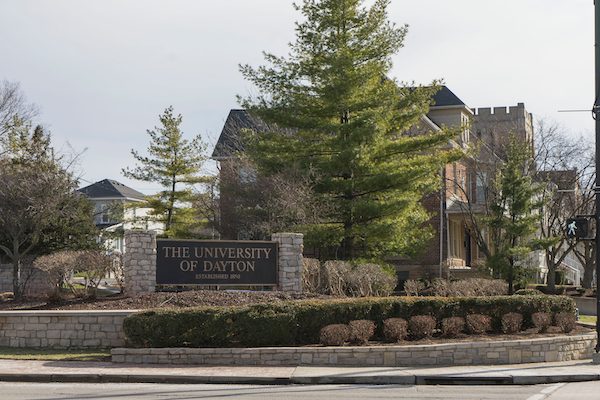 Last October, the University of Dayton’s Human Rights Center announced that Dr. Tlaleng Mofokeng, United Nations special rapporteur on the right to health, had been invited to speak about the impact of the COVID-19 pandemic on human rights at the center’s biennial conference. Soon enough, her name and bio were quietly scrubbed from the list of keynote speakers after the university’s administration unilaterally canceled her appearance, citing her “background and work related to reproduction.” Yesterday, FIRE called on the University of Dayton to reaffirm its commitment to protect freedom of expression — because canceling Mofokeng’s speech isn’t consistent with that commitment.

UD’s Human Rights Center — which is run by full-time university faculty with the aim to create a “positive change through research, education and dialogue” about human rights — planned to host its biennial conference in December, focusing on challenges and opportunities the pandemic has created for human rights advocacy. Mofokeng, one of three invited keynote speakers, anticipated speaking on “Covid’s impact on human rights” — which she believes is  “determined less by biological factors and more by public health policy, leadership, socioeconomic inequality, systemic racism and structural discrimination.” The center also invited professor Erica Chenowith to speak about civil resistance, and Nathan Law, a dissident from Hong Kong, to speak about pro-democracy activism.

But Mofokeng’s invitation to appear would be short-lived, because administrators objected to her views.

On Oct. 11, several weeks after the Human Rights Center announced Mofokeng’s appearance, UD’s administration informed the center’s leadership to “stand by and wait to hear” as administrators considered disinviting Mofokeng. Weeks later, the censors came to a decision. The administration issued a statement that it had unilaterally disinvited Mofokeng from the conference, because Mofokeng’s “​​background and work related to reproduction is inconsistent with the University’s Catholic, Marianist mission and identity.”

There would be no barrier to the university’s administration simply saying as much — criticism, after all, isn’t censorship. But disinvitations by administrators do constitute censorship. They also violate UD’s longstanding affirmative promises that its students and faculty enjoy expressive rights, including that made through the university’s adoption of the 1940 Statement of Principles on Academic Freedom and Tenure, which guarantees faculty “full freedom” in teaching, research, and extramural expression.

University of Dayton must recommit to the principles that in the future it will not disinvite speakers based on viewpoint and will protect faculty academic freedom.

This commitment, at its core, denies administrators the authority to limit expressive activity on the basis that speech or a speaker is morally objectionable. It’s a recognition that students and faculty can learn from people who hold or express views objectionable to other members of the community, and that permitting someone to speak doesn’t mean their views are endorsed by the institution. In many respects, it’s a sign of confidence that the views of the institution, or of the majority, will withstand criticism or countervailing views.

In other words, institutions that commit to expressive freedom can’t then grant themselves the authority to break that promise whenever speech is contrary to their own views.

Yet, this is exactly what UD did by disinviting Mofokeng. That is why FIRE wrote UD yesterday explaining that the university contravened its academic freedom promises by disinviting a faculty-invited speaker solely based on her viewpoint.

That Mofokeng may hold viewpoints that some, including administrators, may find objectionable is not a principled basis to bar faculty from hearing her speak. This is pointedly so where the anticipated topic of her speech appears unrelated to the views that administrators find objectionable. In blocking Mofokeng from speaking about COVID-19-related health issues because of opposition to her stances on other issues, UD restricted its faculty members’ rights to contribute to free and open dialogue on campus.

MIT disinvited University of Chicago professor Dorian Abbot from speaking about climate science due to his stance on DEI initiatives. Now, speech advocates are rallying @MIT to adopt the Chicago Statement.https://t.co/LPS4kXyS1e

Disinvitation of speakers because of their views — motivated either by anticipation that they will air those views or by the fact that they simply hold them — isn’t limited to a particular political affiliation. Indeed, at about the same time that UD’s administration deliberated whether (or how) to disinvite Mofokeng, MIT weathered a whirlwind of criticism for disinviting Dorian Abbot from a talk about climate science because of his unrelated views on diversity, equity, and inclusion. In 2019, the University of Northwestern denied the funding request of its Young Americans for Freedom student chapter to host conservative columnist Star Parker, based in part on Parker’s pro-life viewpoints. Also in 2019, John Carroll University canceled a student-organized drag show to avoid “divisiveness” on campus. In each of these cases, in an effort to prevent disruption and disagreement, university administrators instead stifled protected expression, including expression related to contested political and ideological matters — exactly the kind of debate that should be encouraged on a university’s campus.

(FIRE’s disinvitation database tracked 26 speakers in 2021, from all ideological viewpoints, who were disinvited from appearing on college campuses.)

As we said in our letter (with links added):

These principles have protected the right to invite speakers who offer dissenting, unorthodox, or controversial views. These include including religious speakers,  conservative commentators, civil rights activists,  anti-war activists, those who had refused to testify about suspected “Communist or subversive connections,” those convicted of felonies or crimes of moral turpitude, advocates of the overthrow of the government,  advocates of the “Occupy” movement, and, perhaps most controversially, candidates for public office.

By unilaterally disinviting Mofokeng, UD not only prevented Mofokeng from speaking but also infringed on the right of the university’s students and faculty to listen. As Justice Thurgood Marshall aptly observed, “The freedom to speak and the freedom to hear are inseparable; they are two sides of the same coin.” This freedom isn’t subject to moral litmus tests.

The conference is over, and UD can’t unring the bell. But it is now incumbent on its administration to make clear to faculty that the university’s promises to protect freedom of expression actually mean something. Otherwise, what good are they in the first place? UD must recommit to the principles that in the future it will not disinvite speakers based on viewpoint and will protect faculty academic freedom.

UPDATE (Feb. 15, 2022): On February 10, UD responded to FIRE’s letter, arguing that it canceled its faculty members’ invitation of  Dr. Mofokeng because of her work as an abortion provider, not because of her viewpoints, and seeking a correction to that effect — while otherwise failing to respond to the central point of our letter regarding the university’s interference with academic freedom. Compounding its error, UD’s administration also asserts that its censorship is justified by faculty members’ failure to inform the administration of invited speakers in advance — suggesting that UD subjects speakers to prior restraint, the “most serious and least tolerable infringement” on expressive rights.  The “clarification” UD offered, and asks FIRE to accept, is a distinction without a difference, and raises new concerns about the extent to which the university’s administration’s fidelity to the expressive rights it promises is unserious. As we explained in a follow-up letter to the university, “UD plainly believes that Dr. Mofokeng’s ‘background and work related to reproduction’ implies a certain viewpoint regarding abortion” that UD’s administration — again, overruling its faculty members — did not want represented at the conference. Given the inadequacy of the response offered by UD’s administration, FIRE renews its call for UD to reaffirm and recommit to its promises of free expression and academic freedom by making clear that it will not disinvite or exercise prior review of student- or faculty-invited speakers.