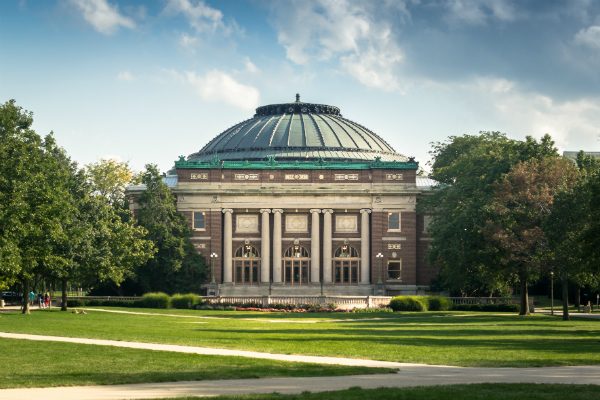 The system-wide policy mandates that nearly all employees “must immediately report any allegations of sexual misconduct to [their] university’s Title IX Coordinator.” The policy refers to these mandatory reporters as “responsible employees,” which includes faculty, staff, and even some student employees. And, as was revealed last week in an open letter, these “responsible employees” include journalists at NPR Illinois, which is housed at UI’s Springfield campus.

Only the following employees are exempted from the policy:

It’s no secret that college campuses have struggled to implement fair sexual misconduct policies and procedures. Both victims’ rights and due process advocates have decried colleges’ lack of transparency in Title IX adjudication. Colleges across the United States have been accused of sweeping allegations of sexual misconduct under the rug and using unfair procedures that run roughshod over the rights of the accused to determine outcomes in Title IX matters.

Given that virtually all interested parties criticize campus handling of sexual misconduct allegations, it’s understandable that those who experience sexual misconduct may not trust the system. Instead of reporting allegations to university authorities, victims and witnesses may feel more comfortable speaking privately to a trusted professor or resident advisor, perhaps while determining whether to report to law enforcement. In some situations, these individuals might want to gather perspectives on how their campuses handle sexual misconduct allegations before moving forward with a formal complaint.

Requiring these conversations to be reported to campus authorities interrupts the trust between students and faculty and harms student and faculty autonomy. Universities should trust professors to act in the best interests of students who come to them with difficult personal stories. Sometimes, the best interest of a student is not served by reporting allegations to the university’s Title IX Coordinator for further investigation, especially in cases in which the victim does not want an investigation to take place.

Mandatory reporting policies that bind faculty also harm classroom discussion, as classroom learning may at times be served by candid discussions of sexual assault. Students who have witnessed or experienced sexual misconduct may feel comfortable discussing their experiences in the safe confines of a classroom, but not having their experience investigated by campus authorities. The UI policy harms the trust between students and faculty by interrupting these conversations.

It may also lead to absurd outcomes. The policy does not distinguish between when campus employees are acting in their employment capacities and when they are on personal time. This means that if a student told her best friend about an experience with sexual misconduct, and the best friend happened to also be a resident advisor, the best friend would be obligated under the policy to report the allegation to university authorities. Similarly, if a student’s father happens to be a professor and the student shares an experience of potential sexual misconduct with his father, the father would be required to report.

Mandatory reporting policies like the one at the University of Illinois threaten to quiet these important conversations by forcing victims to choose between sharing their stories with a large group of campus administrators charged with managing Title IX investigations or keeping their experiences to themselves. In an attempt to encourage transparency about sexual misconduct on its campuses, UI — and other universities with similar policies — instead further silence those who experience sexual misconduct.

Given mistrust of Title IX investigations and adjudications from both victims’ rights and due process advocates, those who have experienced sexual misconduct may also wish to speak to the media rather than file a report with the university. Perhaps a victim has previously gone through the Title IX investigation process, only to experience flaws in the system that prevent her from wanting to go through the process again.

That’s exactly the type of case NPR Illinois was reporting when reporters were told they could not confidentially speak to sources about sexual misconduct on UI campuses.

While reporting on UI-Urbana-Champaign’s alleged mishandling of sexual misconduct allegations involving a number of professors at the university, NPR Illinois, in conjunction with ProPublica, had included a questionnaire for victims of sexual misconduct at UI to report their experiences to journalists. The questionnaire included an offer of confidentiality. But then, according to NPR Illinois, the university got involved:

Within days, the University of Illinois Springfield, where NPR Illinois is based, raised an objection to this practice. Specifically, the Title IX coordinator told station leadership (in person and in writing) that virtually all university employees – referred to in policy as “responsible employees” – including journalists, are required to report alleged sexual misconduct that we are told about to the Title IX office. The ethics officer later reached out with a similar message to the journalists and leadership at NPR Illinois.

The journalists in question asked for an exemption. As discussed earlier, the policy explicitly exempts counselors and those legally prohibited from sharing information.

While journalists aren’t legally barred from breaking promises of confidentiality, journalists in Illinois are covered by the state’s statutory reporter’s privilege. The privilege prevents courts from ordering journalists to betray their sources’ confidence, except where “all other available sources of information have been exhausted” and “disclosure of the information sought is essential to the protection of the public interest involved.”

The reporter’s privilege — generally a matter of court procedure — does not squarely apply to the UI policy. However, the purpose of the statute makes clear that UI’s mandatory reporting policy, as applied to reporters, violates the spirit of the privilege. The statutory reporter’s privilege “reflects ‘a paramount public interest in maintenance of a vigorous, aggressive and independent press capable of participating in robust, unfettered debate over controversial matters, an interest which has always been a principal concern of the First Amendment.’”

Even given the history of deference to reporters’ promises of confidence, though, UI has refused to extend an exception to its mandatory reporting policy to NPR Illinois journalists, saying:

Given the importance of this topic and the importance of safety at each of our universities, it is critical that Title IX Coordinators receive information regarding potential misconduct. By being informed of potential sexual misconduct, the University may respond appropriately from both an investigative and support perspective.

But in situations where victims and others who have witnessed or experienced sexual misconduct are approaching the press precisely because the university has allegedly mishandled the matter or previous matters, alerting university officials that someone has blown the whistle is a problem.

This policy affects not only the journalists who must report allegations to campus authorities, but also the students who wish to speak to the press. Under the UI policy, student whistleblowers must be careful that journalists with whom they speak have no university affiliation.

It’s not just the professional press that may be affected by UI’s overbroad mandatory reporting policy. Student media advisers who serve on the faculty also appear to be “responsible employees” mandated to report allegations of sexual misconduct under the policy.

Most student employees are exempted from mandatory reporting, with each UI campus setting its own list of “responsible” student employees. This includes, for example, graduate employees and medical residents at UI-Chicago, resident advisors at UI-Springfield, and multicultural advocates and student teaching assistants at UI-Urbana-Champaign. Thankfully, it appears student journalists — even in cases in which they may be paid by the university — would not be considered “responsible employees.” Their faculty advisers, however, are not so lucky.

FIRE’s concerns about the negative impact mandatory reporting policies have on student-faculty interaction only expand when considering the potential impact on student journalist-adviser relationships. In addition to often serving as a confidant for student journalists, student media advisers help guide young reporters toward more professional, more ethical, and overall better journalism. But this growth can only happen when student journalists feel at liberty to actually speak to their advisers.

This concern was raised by college media advisers in Texas in the wake of a new state law taking effect Jan. 1, which closely reflects UI’s mandatory reporting policy by making most Texas college employees mandatory reporters. Student media advisers told The Texas Monitor that previously student journalists would freely discuss reporting on Title IX issues in order to seek counsel from their advisers, but now advisers would need to caution student journalists against this practice.

Without guidance from advisers, other student journalists may wholly abstain from covering issues related to Title IX. They may believe covering sexual misconduct, or problems with their universities’ handling of sexual misconduct allegations, is just too risky to their advisers’ jobs. And given the rise in colleges retaliating against advisers for the content of student publications, this fear would not be unfounded.

On the other hand, mandatory reporting policies like UI’s, which apply to all employees, threaten victim autonomy and student-faculty relationships, imperil student attempts to reach out to the professional press, and harm the relationship between student journalists and their advisers.

UI and other universities with similar policies should revise their mandatory reporting procedures in a way that defaults to providing individual autonomy and free expression, empowering students to share their stories only by their own choice.

Schools:  University of Illinois at Urbana-Champaign