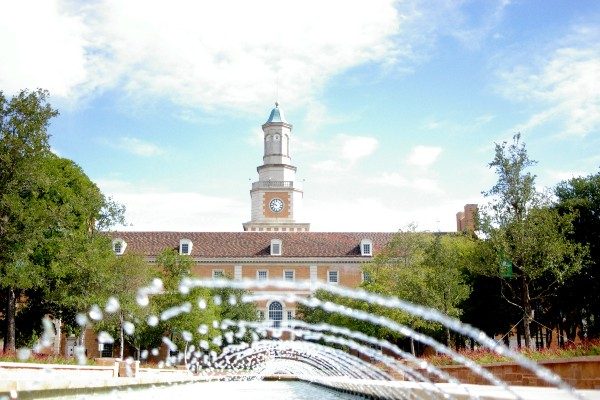 DENTON, Texas, Aug. 6, 2020 — Today, the Foundation for Individual Rights in Education is defending a Schenkerian music theory journal at the University of North Texas, and its editors, from an unwarranted investigation into alleged racism.

“This just goes to show you that no area of academia, however obscure, is immune to those who demand that opposing viewpoints be silenced,” said FIRE Executive Director Robert Shibley.

UNT’s Journal of Schenkerian Studies is under investigation following calls from around the country for it to be shuttered and for one of its advisers, UNT music theory professor Timothy Jackson, to be fired. The journal’s sin? Following criticism by scholar Philip Ewell that 19th century music theorist Heinrich Schenker, whose influence on music theory is “hard to overstate,” was an “ardent racist and German nationalist,” the journal presented an edition including debate among scholars on racial issues and music theory.

The issue led a group of graduate students to write to UNT College of Music Dean John Richmond on July 29, expressing concerns about the journal and, in particular, Jackson’s involvement in the issue. The students called for the journal to be dissolved, Jackson investigated and potentially fired from his teaching position, an anonymous contributor to be unmasked, and the issue to be publicly condemned by the university.

“If this doesn’t send chills down your spine, I suggest you take another look at history,” said Samantha Harris, FIRE senior fellow. “Each of us holds views that someone else would deem controversial. If we don’t see our own freedom as threatened by this situation and the countless others like it, that freedom will perish swiftly and silently.”

The graduate students claimed that Jackson had used the journal “to promote racism” by defending the music theorist after Ewell wrote that Schenker’s “racist views infected his music theoretical arguments.” Jackson’s article, one of several defending the composer in the 2019 edition of the journal, contextualized Schenker and his changing views on race, which were partially due to the rise of Nazi Germany. (Schenker was Jewish; his wife was arrested by the Nazi regime and died in Theresienstadt concentration camp.)

On July 31, after receiving similar calls for investigation and punishment from a group of faculty members, Richmond announced “a formal investigation” into the journal.

“Students and faculty can challenge the journal’s assertions and criticize Schenker as much as they want, and the journal is free to resolve internal disputes as it pleases — and we’ll defend its right to do so,” said Lindsie Rank, author of FIRE’s letter. “But UNT is violating core principles of academic and editorial freedom — and the First Amendment — by initiating an investigation into the journal. Rigorous debate and discussion, not administrative censorship, is how we find truth.”

FIRE’s letter to UNT President Neal Smatresk reminds him of the public institution’s unassailable responsibilities to uphold the First Amendment rights of its faculty and students, and demands the immediate cessation of the investigation into the journal. FIRE also reminds Smatresk that the freedom to publish is protected not only by the First Amendment, but also by UNT’s own policies. If any editors acted in contrast to the journal’s editorial structure or internal policies, the resolution must be handled internally within the journal to preserve its right to editorial independence, but the university may not step in without violating its First Amendment obligations.

Even without formal punishment, an investigation can chill expression in violation of the First Amendment. Recent months have seen an alarming spate of such investigations. Last week, Auburn University announced it is “considering options” on how to respond to a lecturer’s anti-police tweets. On July 14, Fordham University investigated and punished a student for holding a legally-obtained gun in an off-campus Instagram memorialization of the Tiananmen Square massacre. On July 7, FIRE called on UCLA to end its investigation of a professor for quoting Martin Luther King, Jr.’s use of a racial slur in “Letter from a Birmingham Jail.”