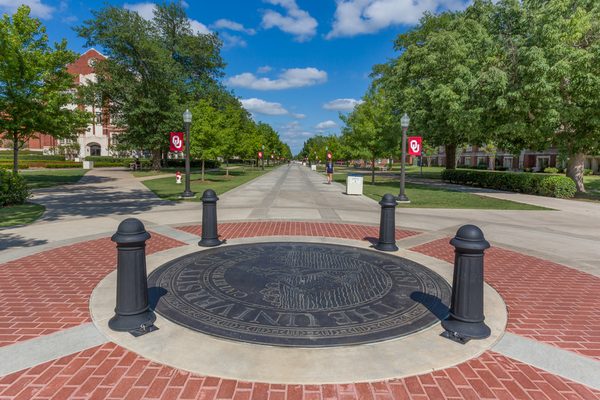 Colleges and universities often mandate that students and faculty complete diversity training as a requirement for enrollment or employment. These trainings also typically include questions that test participants’ understanding of the material.

But the University of Oklahoma’s mandatory diversity training modules go further, requiring students and faculty to answer questions in a manner that expresses agreement with the university’s viewpoints on thorny and difficult issues. Viewpoints with which students and faculty may not actually agree.

In order to view public records, the University of Oklahoma would require a FIRE staff member to fly across the country (FIRE is based in Philadelphia) during a global pandemic. That approach all but ensures that public records remain private.

At a public university, requiring students and faculty to express agreement with the university’s position, viewpoint, or values in this manner runs headlong into the First Amendment right against compelled speech — as the First Amendment protects not only the right to speak but also the right not to speak. Famously, in ruling that schoolchildren cannot be compelled to salute the American flag, the Supreme Court held in West Virginia State Board of Education v. Barnette (1943) that it’s unconstitutional for the government to require a person “to declare a belief [and . . . ] to utter what is not in his mind.” The Court, correctly, held that compelled speech “would strangle the free mind at its sources.”

FIRE wrote to OU on Nov. 16, 2020, calling on the university to either make its diversity training optional or allow participants to select the answer choices that most closely reflect their beliefs. Nearly five months later, OU still has not responded to our letter.

Along with our letter, FIRE submitted a records request to OU — which, as a public university, is subject to the Oklahoma Open Records Act. We asked OU to produce all materials used to train students, faculty, or staff about diversity, equity, and inclusion.

The university’s March 23 response — more than four months after our request — said that FIRE would be permitted to view the training materials, but only in person on OU’s campus in Norman, Oklahoma. In other words, in order to view public records, the University of Oklahoma would require a FIRE staff member to fly across the country (FIRE is based in Philadelphia) during a global pandemic. That’s not exactly a transparency-friendly approach to public records, and it all but ensures that public records remain private.

Luckily, FIRE was able to review most of the materials with the help of Elizabeth Owen, a graduate student and staff member at OU. 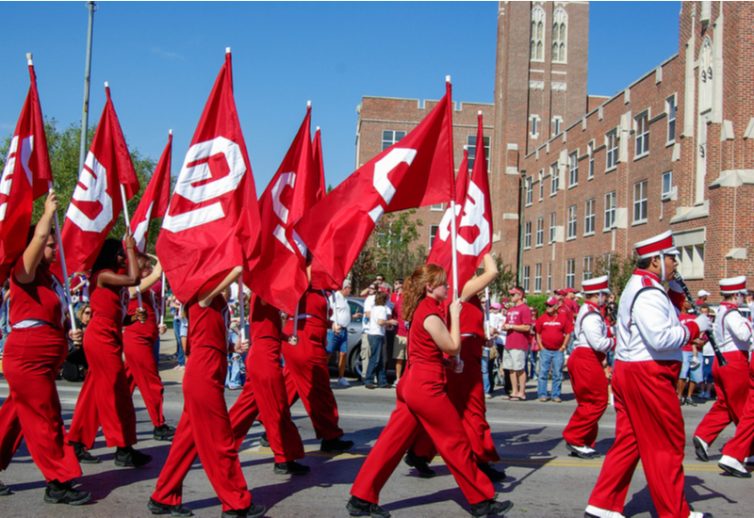 In one of these hypothetical situations, Owen was required to communicate with a fictional colleague named Michael. It showed a video of Michael saying he was “tired of all this transgender stuff” and gave Owen options to select in response. When Owen selected the response that she felt was most similar to her feelings (“I agree. Political correctness can be so tiring”), she was told that her opinion was not the “best choice.”

Had the video simply proceeded, there would arguably be no abridgment of Owen’s rights: She had chosen the answer she thought was best, the university disagreed, and the training would continue. That is similar to how an in-person training would likely work. (Assuming, of course, that the university did not find some other way to take adverse action against those giving “wrong” answers.)

Instead, however, the video automatically rewound, forcing Owen to select the answer choice that OU preferred — “You seem upset. What’s the matter?” — in order to continue. Owen was required to select the preferred answer in order to complete the mandatory training. In doing so, the university, an agency of the state, compelled Owen (and who knows how many others) to express a viewpoint with which she did not agree.

OU’s student training, in contrast, includes a quiz at the end that students are required to take in order to complete the mandatory training. However, because students appear to be permitted to select any answer that best fits their beliefs and still complete the training without issue, this would not amount to compelled speech. (Again, this assumes adverse action of some other kind is off the table.) If the faculty and staff training had allowed them to complete the training while selecting their own preferred answer choice without penalty, then that likewise would be permissible.

This is not a close call. As Justice Robert H. Jackson wrote in the most famous passage in the famous Barnette decision,

If there is any fixed star in our constitutional constellation, it is that no official, high or petty, can prescribe what shall be orthodox in politics, nationalism, religion, or other matters of opinion or force citizens to confess by word or act their faith therein. If there are any circumstances which permit an exception, they do not now occur to us.

If forcing schoolchildren to salute the flag with the goal of building national unity amidst the destruction of World War II did not make the cut for an exception, then neither does diversity training, however well-meaning, permit such an exception now. FIRE again calls on OU — and any other public college or university that uses similar training materials — to immediately remove any requirement that faculty or students agree with the university’s viewpoints and to commit to protecting its students’ and faculty’s rights.