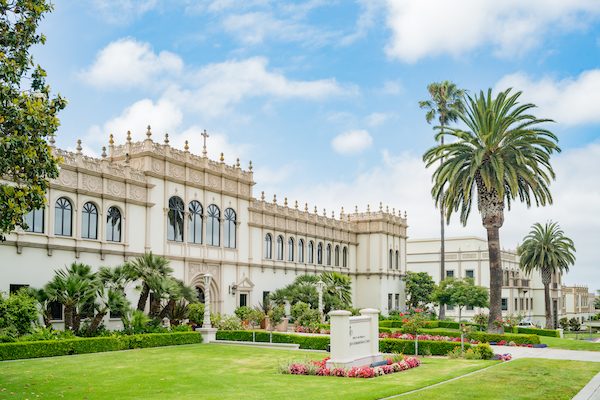 After two months and two letters from FIRE, the University of San Diego has finally ended its investigation into professor Thomas Smith and determined that he cannot be punished for a personal blog post.

On March 10, Smith posted to his blog an excerpt of a Wall Street Journal article criticizing the Chinese government’s response to the COVID-19 pandemic.

“If you believe that the coronavirus did not escape from the lab in Wuhan,” Smith wrote, “you have to at least consider that you are an idiot who is swallowing a whole lot of Chinese cock swaddle.” 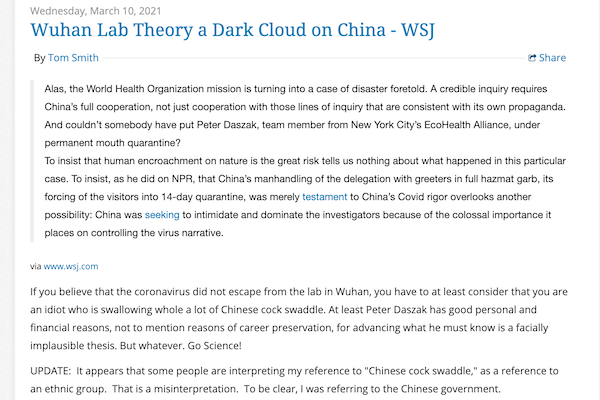 The post drew criticism based on a misunderstanding of what Smith meant by the phrase “Chinese cock swaddle” and whether or not it was an anti-Asian slur.

FIRE first wrote to USD on March 22 urging the university to end its investigation into Smith’s speech, which is protected by the university’s commitments to free expression and academic freedom. We wrote again on April 1 after the university responded that it would continue to review the matter.

Academic freedom lies at the core of the mission of the University of San Diego. At the same time, we are committed to providing an educational environment that honors the dignity of every individual. Those two commitments can and must co-exist. It is important that members of the university community exercise their freedom in a responsible fashion, attentive to the impact of their protected opinions and sensitive to all members of the community, especially those who may feel vulnerable, marginalized or fearful that they are not welcomed. Members of the university community may feel an obligation, and certainly have the freedom, to criticize opinions that they believe demean the dignity of others.

USD calls for a more speech approach when individuals are offended by others’ speech, something that FIRE has advocated for time and time again.

Although we appreciate that USD eventually came to the correct conclusion, the university’s decision to leave Smith in the dark for months as it investigated what was clearly protected speech is impermissible and has almost certainly caused a chilling effect on the university’s students and faculty who wish to express their opinions.

Smith had more than just FIRE’s support throughout USD’s monthslong investigation; he also had the support of colleagues as well as the newly-formed Academic Freedom Alliance, and was represented by former FIRE attorney Samantha Harris.

Although USD’s investigation into Smith should never have begun, FIRE applauds USD for ending the investigation and coming to the correct conclusion: Faculty cannot be punished for protected expression just because some may be offended.