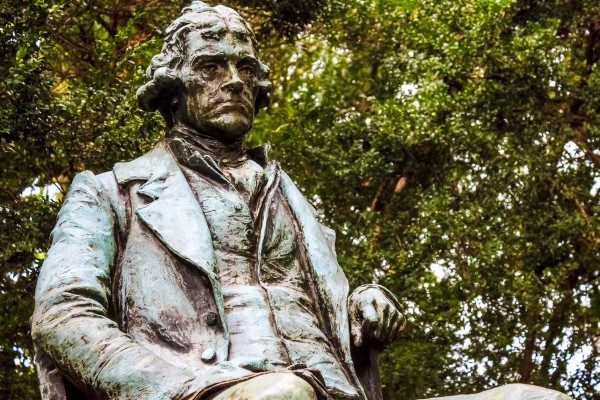 This weekend, Azher tweeted a photo of her most recent doorway display and a letter from the university’s housing authorities directing its removal:

The unsigned letter argues that the university needed to remove the display — and that it had previously removed a “similar” display — because it “advocates physical violence” and “therefore has the potential to provoke violence,” citing the “race-based violence” in August of 2017, when a white supremacist murdered protester Heather Heyer.

The sign has apparently been removed, although it’s not clear by whom.

Yesterday, FIRE sent a letter to UVA, explaining that the university’s assessment that the display amounts to unprotected “incitement” is erroneous. The sign’s content would be understood by observers as political rhetoric, not as a student’s literal exhortation that others burn down the building in which she resides. Even assuming it were read literally, it is not likely to actually lead anyone to burn down the University of Virginia, much less do so immediately upon reading the sign.

Others have argued that the university’s status as a UNESCO World Heritage Site authorizes or requires the university to remove offensive or otherwise objectionable displays. Treaties, like the UNESCO World Heritage Convention, are subordinate to the Constitution. It would be no small sense of irony if recognizing the legacy of Thomas Jefferson — the principal author of what became the First Amendment, and renowned for his remark that “the tree of liberty must be refreshed from time to time with the blood of patriots and tyrants” — meant censoring student speech that echoes his refrain.

UVA has rightfully rejected that argument, and there is no indication that it is enforcing a content-neutral time, place, and manner restriction — indeed, its statement on Azher’s previous display recognized that students can post displays on their exterior doors. That policy has since been amended to place some limits on the size and materials used, but that amendment will presumably take effect in the fall. In any event, the university’s prohibition isn’t concerned with how the message is displayed. It’s concerned with what is displayed — and that message is protected speech.

That concern also doesn’t significantly change if she were to post that message elsewhere: incitement is unprotected whether it’s on a door, spoken through a bullhorn, or posted to social media, although that context may weigh on whether it constitutes incitement at all. But this display doesn’t meet that standard. FIRE calls on UVA to recognize as much.

Cases:  University of Virginia: Student’s “Burn It All Down” Sign Ordered Removed As Incitement