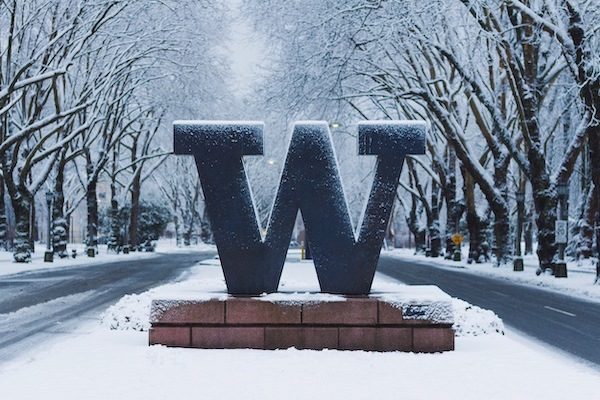 Almost 48 hours after FIRE called out the University of Washington for its requirement that faculty syllabi include the university’s land acknowledgment on their syllabi or remain silent on this issue, the administrator who created the rule is already digging her institution a bigger First Amendment hole.

In statements to media outlets, UW’s Paul G. Allen School of Computer Science & Engineering Director Magdalena Balazinska claims that a “syllabus for an intro to computer programming course” is “not the appropriate place or manner for a debate about land acknowledgements” or “to express personal views unrelated to the course[.]” If that’s so, why does she require faculty to choose between silence on this topic or the university’s equally-irrelevant land acknowledgment statement?

Professors have a choice: Toe the party line or shut up.

According to Balazinska, the university’s land acknowledgment statement is allowed on course syllabi, even though it is purportedly a political issue irrelevant to course material, solely because the university’s administration agrees with it. Professors have a choice: Toe the party line or shut up. Got it.

Additionally, to dispel any illusion about what is driving this censorship, Balazinska publicly revealed her personal objections to allowing dissent statements:

The statement [that Allen School Professor] Stuart Reges included in his syllabus was inappropriate, offensive and not relevant to the content of the course he teaches. The invocation of Locke’s labor theory of property dehumanizes and demeans Indigenous people and is contrary to the long-standing relationship and respect the UW has with and for the Coast Salish peoples and the federally recognized tribes within the state of Washington.

To recap, Reges wrote: “I acknowledge that by the labor theory of property the Coast Salish people can claim historical ownership of almost none of the land currently occupied by the University of Washington.”

If professors at @UW want to include a land acknowledgment statement on their syllabi, they must parrot the administration’s viewpoint or shut up. https://t.co/3AeBJRlN25 #academicfreedom #FreeSpeech @uwcse

Is it the University of Washington’s position that faculty cannot invoke Locke’s labor theory, or use it to criticize land acknowledgments? Let’s assume that the university’s assertion — that Reges’s statement is inappropriate not because of its view, but because it is printed in a syllabus for a computer programming class — is true. Would a professor of a relevant history or law class be permitted to include a statement in their syllabi that deviates from the administration’s preferred statement? The requirement that faculty only use the university’s statement, and the objections to the argument made by Reges’ statement, strongly suggest that the answer is no.

Balazinska’s commentary compounds her violations of the First Amendment, which does not tolerate such hamfisted, transparent attempts to force professors to adopt or parrott  university viewpoints. UW cannot boost its land acknowledgment statement at the expense of its faculty’s right to free expression. As the United States Supreme Court, in holding that the First Amendment protects schoolchildren from being forced to salute the flag and recite the Pledge of Allegiance, proclaimed in West Virginia State Board of Education v. Barnette, 319 U.S. 624, 642 (1943):

If there is any fixed star in our constitutional constellation, it is that no official, high or petty, can prescribe what shall be orthodox in politics, nationalism, religion, or other matters of opinion or force citizens to confess by word or act their faith therein.

Troublingly, Balazinska’s statement also suggests that administrators believe they can interfere with individual faculty members’ academic speech. Balazinska claims “[t]he Allen School and the UW reserve the right to amend academic materials in this way,” presumably referring to how she censored Reges’s statement and sent his class a revised syllabus along with an apology. This raises chilling questions about what academic discussion and materials, other than syllabi, UW administrations mistakenly believe they have the right to censor.

To UW, FIRE must ask: Does Balazinska speak for you? Does your institution tolerate viewpoint-discriminatory rules dictating what faculty must say, or must not say, in their academic writings? Are your faculty members’ First Amendment rights important to you, or is it worth violating your legal obligations to get your precious land acknowledgment statement out there?

If there is one thing UW must acknowledge, it is the expressive freedoms of its professors.