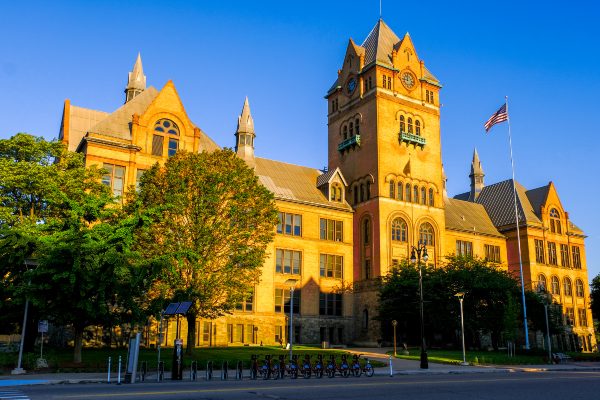 Wayne State Law School tells FIRE it will “ardently” support its students’ First Amendment rights — even if they express concerns about having to take the Michigan State Bar Examination during the ongoing pandemic.

FIRE wrote to Wayne Law last week after reports emerged that graduating students received an official email from the law school warning them about discussing the bar’s decision not to offer an “emergency diploma privilege” option in lieu of taking the bar exam. Wayne Law’s email troublingly suggested that criticizing the bar’s decision — or students who disagreed with them on the issue — might jeopardize their ability to pass the “Character & Fitness” portion of their bar screening. The published portion of Wayne Law’s email read, in relevant part:

[W]hile you have every right to criticize the bar exam, the Board of Law Examiners, or the State Bar of Michigan online, it may not be a smart strategy for passing Character & Fitness with ease.

FIRE sent copies of our letter to officials at both the Michigan State Bar and the State Board of Law Examiners, asking the law school to clarify its stance on students’ First Amendment rights.

“Wayne State Law School ardently supports and will actively defend our students’ First Amendment expressive rights,” Bierschbach wrote. “We are proud of our students’ long history of zealous, vigorous, and thoughtful advocacy for a wide range of causes — including their recent advocacy for a diploma privilege —  and consider that advocacy to be an important part of our identity as an institution.”

Diploma privilege — once employed widely in the U.S., but now only in the state of Wisconsin — allows qualifying graduates of an in-state law school to seek admission to the state bar without sitting for a bar exam. Students nationwide have been advocating for this option in light of the health implications of taking a bar exam during the COVID-19 pandemic.

FIRE is pleased that Wayne Law has strongly committed to upholding its students’ right to advocate for causes of their choice — particularly ones that directly impact their health and ability to practice in their chosen profession.