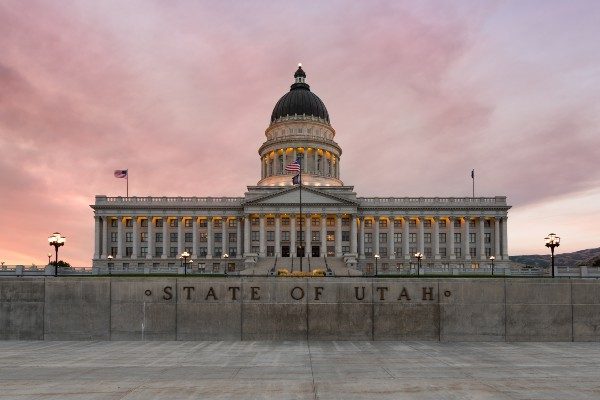 SALT LAKE CITY, Utah, Mar. 17, 2021— On Tuesday, Utah Gov. Spencer Cox signed HB 159, which codifies into state law the speech-protective definition of student-on-student harassment set forth by the United States Supreme Court in Davis v. Monroe County Board of Education. The bill was sponsored by Rep. Jordan Teuscher and Sen. Todd Weiler and earned bipartisan support in the House while passing the Senate unanimously.

The bill enacts language directly taken from the Davis opinion, defining student-on-student harassment as expression that “is so severe, pervasive, and objectively offensive, and that so undermines and distracts from a student’s educational experience, that the student is effectively denied access to an institution’s resource or opportunity.”

“Public institutions of higher education have a legal and moral responsibility to end discriminatory student-on-student harassment and to abide by the First Amendment,” said Joe Cohn, legislative and policy director at the Foundation for Individual Rights in Education, a campus civil liberties organization. “By adopting the framework provided by the Supreme Court of the United States, Utah has made sure its public colleges and universities will meet those twin obligations.”

FIRE sees no shortage of cases when students’ First Amendment rights are trampled by overbroad harassment policies. It has long been a champion of the Davis standard as both the optimal, and constitutionally-required, standard for determining when student expression crosses the line into unprotected harassment.

As FIRE wrote in its Spotlight on Speech Codes 2021 report, “[C]olleges and universities often fail to limit themselves to the narrow definition of harassment that is outside the realm of constitutional protection. Instead, they expand the term to prohibit broad categories of speech that do not even approach actionable harassment, despite similar policies having been struck down by federal courts years earlier.”

HB 159’s success is the result of years of FIRE advocacy and negotiation in the state to ensure that student rights are protected and constitutional obligations are fulfilled.

As has already been the case with dozens of institutions across the country, FIRE stands ready to assist Utah colleges as they revise their policies in light of the law’s requirements. This work is performed free of charge to institutions or taxpayers, in accordance with FIRE’s charitable mission.