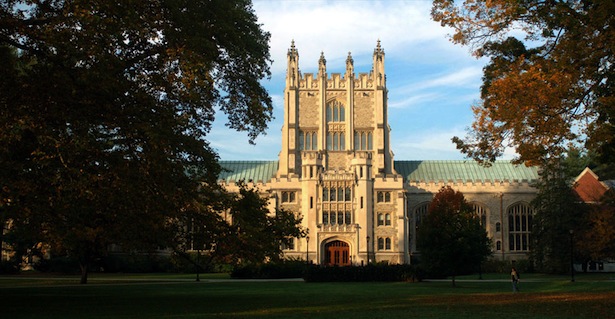 Last week, Vassar College filed its answer to former student Peter Yu’s Title IX complaint against the school for allegedly expelling him without a fair hearing. As KC Johnson noted yesterday in an article forMinding the Campus, Vassar remains secretive about the procedures of its Interpersonal Violence Panel (IVP), the members of which served as the fact-finders for student Mary Claire Walker’s sexual assault case against Yu. I am not sure why student disciplinary procedural rules at Vassar or at any college should ever be secret, but Vassar’s reply does illuminate a few notable facts:

Vassar’s reply does (inadvertently, perhaps) leak one element of IVP procedures—that either party can object to having a student be part of the disciplinary panel. Yu wanted a student. Walker didn’t. And even though Walker’s father is a professor at the college, the college bowed to her wishes, subject only to a claim that no professors from the father of the accuser’s department was on the panel. Vassar thus admitted that Yu was denied the opportunity to be judged by a jury consisting even partly of his peers. What’s notable, moreover, is what Vassar doesn’t admit—it did not claim that the faculty members who deemed Yu a rapist didn’t know Walker’s father, or didn’t serve on college committees with Walker’s father, or hadn’t encountered Walker’s father at social or professional events on campus. Instead, it suggests that there’s no problem with a procedure that allows an accuser to request a panel that consists solely of her father’s colleagues, as long as members of the specific department in which the father teaches aren’t part of the panel.

Despite these circumstances, Vassar stated: “Vassar’s actions were justified by legitimate, non-discriminatory reasons.” The college flatly denied the worrying allegations that cast doubt on this assertion, including claims that IVP found Yu responsible despite a lack of evidence against him and without allowing a proper cross-examination of his accuser. As the complaint alleges: