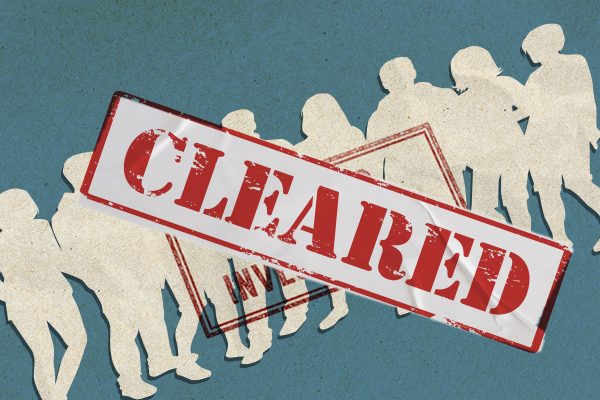 Washington, D.C., July 8, 2022 — On Thursday — after more than six weeks of investigation — American University administrators finally cleared a student of a bogus harassment charge for sharing his pro-choice opinions in a private group chat.

Daniel Brezina is one of eight law students who’d been under investigation since May 25 for commenting in a back-and-forth about abortion. Another student said their pro-choice commentary in the student-created group chat harassed and discriminated against him based on his religious, pro-life beliefs.

“I’m glad that the school has cleared me, but this investigation should never have happened in the first place,” Brezina said. “If American doesn’t commit to changing the way it handles these investigations, other students will still have to fear being investigated for pure speech.”

Brezina worked with the Foundation for Individual Rights and Expression to vindicate his rights. It is unclear whether American also cleared the other seven students on Thursday.

“Law students should be encouraged to passionately debate the day’s big legal issues without the threat of a formal investigation looming over every disagreement,” said FIRE attorney Alex Morey. “American’s discriminatory harassment policy still suggests students can report their peers who offend them, and that a single offensive comment can equal discriminatory harassment. That’s a totally incorrect interpretation of the law and American needs to revise this bad policy now so this doesn’t happen again.”

The student complainant has until July 15 to appeal the decision.

On May 2, in their class section’s GroupMe chat, students criticized the leaked Supreme Court opinion and discussed options to protest and donate money to abortion advocacy groups.

The student who later filed the harassment complaint wrote that, “as a Republican, I find it insulting that conservatives would be thought of as overturning people’s civil rights…”

Another student responded, “Can we shut the fuck up about personal opinions while people process this?”

Everyone is entitled to their opinion and you all are more than welcome to protest. I find it interesting how the call to silence our personal opinions happens after I defended my deeply-held religious beliefs and yet nobody has mentioned that same sentiment about the pro-abortion posts. I was raised to stand up for my values, so baseless claims that abortion bans are “class warfare” is deeply offensive to both me and my Greek Orthodox faith.

The other students didn’t mention the complainant’s faith, and continued discussing protests and blaming conservatives for the then-impending reversal of Roe v. Wade.

The eight accused students received a notice from American’s Office of Equity & Title IX on May 25 saying they were under investigation for “harassing and threatening messages” that “unreasonably interfered with [the complainant’s] educational experience.”

American investigated the students under the university’s sweepingly broad “non-Title IX harassment” policy, which bans all speech and conduct that subjectively “offends.”

Today, FIRE wrote to American to explain that merely offensive expression does not meet the legal definition for discriminatory harassment. Investigations into clearly protected speech, even when they don’t result in further punishment, violate the university’s robust promises of free expression and create a chilling effect among students — a punishment in itself. FIRE’s letter demands that American revise its policy.

FIRE has repeatedly warned American that its policies are ripe for abuse. The school earns FIRE’s “yellow light” rating, denoting maintenance of policies “that too easily encourag[e] administrative abuse and arbitrary application.” The consequences of maintaining such policies are on full display here: One student’s subjective offense to a conversation provided grounds for a formal university investigation.

“The goals of preventing discriminatory harassment and protecting free expression on American’s campuses need not be in tension,” FIRE wrote in today’s letter. “[T]he right to an educational atmosphere free from discrimination and harassment is of critical importance. So too is justice for students promised the right to speak authentically about controversial legal issues as part of their law school education, yet subject to a formal investigation for doing so.”