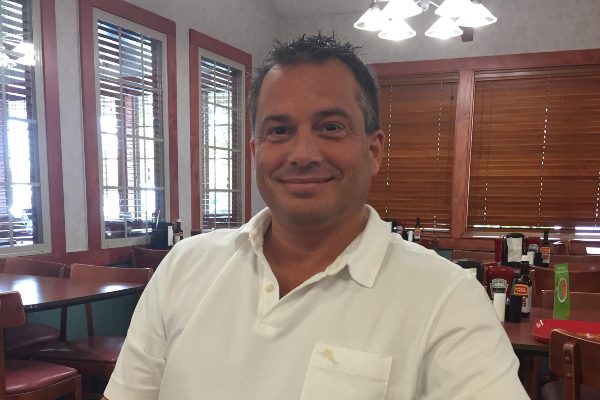 SCOTTSDALE, Ariz., May 11, 2020 — Scottsdale Community College’s mishandling of a professor’s academic freedom drew an apology from the district’s interim chancellor Monday, just days after the Foundation for Individual Rights in Education sent a letter defending the professor’s rights. The college tried to force professor Nicholas Damask to apologize for three quiz questions about Islamic terrorism that a student said were “in distaste of Islam.” Damask added that the college suggested he would be required to meet with an Islamic religious leader to review the content of his course.

“I’m happy that the Maricopa Community College governing board has acknowledged the importance of the First Amendment and academic freedom, even into subjects that may be controversial — without that freedom of thought and inquiry, America just isn’t America anymore,” said Damask, who has been teaching at SCC for 23 years. “And I’m grateful for groups like FIRE that are willing to stand by me in the fight to defend that freedom.”

FIRE sent an urgent letter to SCC on Thursday, outlining the college’s free speech and academic freedom missteps and demanding that it abandon any suggestion that it will investigate or suppress his teaching.

Damask, chair of the Department of Political Science at SCC, exchanged emails with a student on April 29 about three quiz questions in an international relations course. Within a day, someone shared this student’s concern about Damask’s quiz questions online, and the questions generated negative attention on the school’s official Instagram account.

The quiz questions asked about the context in which terrorism is justified by some in the Islamic religion, where in Islamic doctrine and law terrorism is encouraged by those who justify it, and who terrorists believe they are emulating, based on the material assigned in the course.

On May 1, SCC responded to the criticism with an Instagram post of its own, promising a forthcoming apology from Damask, and that students would receive full credit for the three questions. Within days, Damask said he was told that he’d need to work with a leader in the Islamic faith on future course content and that he would be investigated by the governing board of the Maricopa County Community College District, of which SCC is a part. He then received a draft apology letter from the college’s marketing department, with instructions to send it to the student involved.

“I apologize, personally, and on behalf of the Maricopa Community Colleges, for the uneven manner in which this was handled and for our lack of full consideration for our professor’s right of academic freedom,” he wrote in an email sent Monday.

Gonzales also announced an independent investigation to identify the college’s failures and the formation of a committee “to champion academic freedom education and training and to resolve academic freedom disputes in the hope of ensuring this fundamental academic value is better understood and realized alongside our longstanding commitment to the value of inclusion.”

“We’re pleased that the district is not only taking responsibility for SCC’s failure to respect professors’ academic autonomy, but is also actively working to identify missteps to ensure this doesn’t happen in the future,” said Patton. “FIRE will continue monitoring the situation, but we’re heartened that professor Damask can now focus on his teaching instead of defending his basic rights from his own institution.”