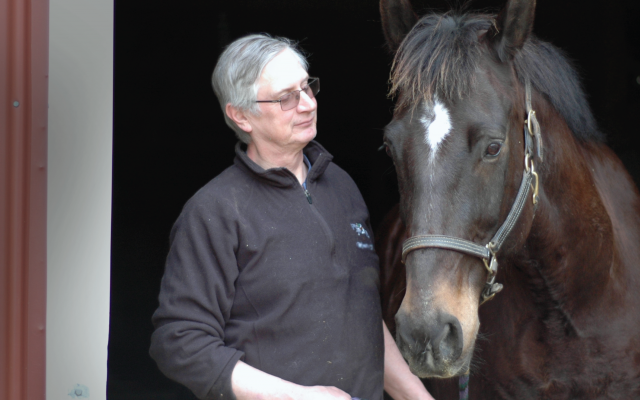 CEDAR RAPIDS, Iowa, April 27, 2020 — Kirkwood Community College avoided a First Amendment lawsuit on Friday by finalizing an agreement to pay $25,000 to an adjunct professor fired after his political statements on Facebook sparked criticism.

In August 2019, Kirkwood told adjunct English professor Jeff Klinzman to resign or be removed from the classroom after news outlets singled out his social media posts criticizing President Donald Trump and evangelical Christians. The Foundation for Individual Rights in Education provided legal representation to Klinzman to vindicate his First Amendment rights.

“Public colleges simply cannot fire professors because a small, vocal group of people online get upset. We are grateful that we were able to work with Kirkwood to resolve this matter and secure a good result for Jeff,” said Greg Harold Greubel, staff attorney for FIRE’s Stand Up For Speech Litigation Project. “Ultimately, this is a victory for Jeff. More broadly, we hope that Jeff’s story will remind colleges that all of their professors have the right to express their political opinions online, and FIRE will be ready to act if colleges violate those expressive rights.”

Although Klinzman will not return to work at Kirkwood, the school agreed to pay $25,000, which is approximately the amount it would have paid Klinzman to continue teaching for over three and a half years.

In July, Trump tweeted that antifa is “a major Organization of Terror” whose members go around hitting “people over the heads with baseball bats,” Klinzman commented in the Iowa Antifa Facebook group, “Yeah, I know who I’d clock with a bat…” His other “offending” post — from 2012 — was a critical assessment of the anti-gay climate in Minnesota.

On Aug. 22, a Cedar Rapids television station ran a segment on Klinzman’s Facebook posts to the “Iowa Antifa” Facebook group. When the reporter reached out to Klinzman, he defended his comments and responded: “I affirm that I am antifa.” Kirkwood received complaints about Klinzman’s posts as the story spread among national conservative media outlets. The outcry spurred administrators to ask for his resignation and tell him that he could not teach because of safety concerns. Klinzman resigned to avoid being fired.

“My struggle with Kirkwood was never about money, but about protecting my right as a college faculty member to exercise extramural free speech,” said Klinzman. “I served my colleagues and students at Kirkwood for over 16 years, and wish the college had agreed to reinstate me. However, I am profoundly grateful to Greg, Marieke, and all the folks at FIRE who helped vindicate me by making sure the college had to pay a price for trampling on my free speech rights.”

FIRE wrote to Kirkwood President Lori Sundberg on Aug. 27 to condemn the college’s actions and call for Klinzman’s reinstatement. FIRE reminded Kirkwood that Klinzman’s speech is protected by the First Amendment, and that public institutions like Kirkwood cannot punish professors for remarks made as public citizens and related to matters of public concern. FIRE also noted that a faculty member’s First Amendment rights cannot be sacrificed at the altar of public outrage.

FIRE’s Stand Up For Speech Litigation Project is a national effort to defend student and faculty First Amendment rights at our nation’s public colleges and universities.  Since 2014, FIRE’s litigation has netted more than $2 million in settlements and led to campus policy reforms protecting more than 500,000 students and faculty.

If you are a student or faculty member facing censorship on campus, FIRE and its Legal Network partners stand ready to protect your First Amendment rights in court. Students and faculty members interested in submitting their case may do so through FIRE’s online case submission form.