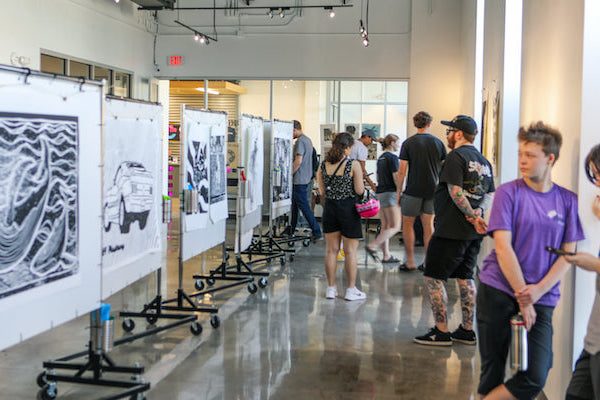 A qualified free speech win for a student-run art gallery at Wichita State University, reported earlier this month, is raising questions about the expressive rights of other students who criticize the school’s student government.

“This is the support we are getting from our fine arts senator, John Kirk. He’s up for re-election. Let’s show him how ignoring and neglecting a significant portion of his constituency affects his poll numbers,” ShiftSpace wrote in a Facebook post.

As a public university, Wichita State is bound by the First Amendment.

The gallery later edited the post to remove the criticism, but it was too late. The SGA said ShiftSpace, “as a University entity,” violated a policy stipulating that “No faculty or staff member can utilize University resources to support specific candidates.”

But ShiftSpace’s post was protected speech. That means Wichita State can’t punish the group for the post. As we argued in our April 28 letter to the university:

First Amendment standards for student speech should apply here insofar as ShiftSpace’s description specifically lists “social media manager” as a role filled by a student, and it is abundantly clear that the Facebook post thus came from a student—not a faculty or staff member. As the speech is protected in that it does not fall into any of the “historic and traditional categories” of unprotected speech such as obscenity, defamation, incitement, and fighting words, it cannot constitutionally be punished on any of the grounds advanced here.

“It is improper to punish ShiftSpace under a policy implicating Wichita State faculty and staff speech because doing so would rest upon misapprehension of ShiftSpace’s organization and operation,” our letter continued. “Moreover, punishing a student-run gallery for protected speech by revoking its funding, thereby threatening its very existence, is an egregious violation of ShiftSpace’s First Amendment rights.”

As a public university, Wichita State is bound by the First Amendment and has further committed itself “to preserving and supporting freedom of thought, speech, and expression on our campuses,” according to its free expression policy.

The SGA’s own policies similarly stress the importance of free expression:

As citizens, students shall enjoy the same freedom of speech, peaceful assembly, and right of petition that other citizens enjoy and as members of the academic community, they are subject to the obligations which accrue to them by virtue of this membership.

FIRE urged the SGA to reverse its decision. If it failed to do so, we called on the university, or the Student Government Association Supreme Court, to step in to ensure the art gallery did not lose funding for engaging in constitutionally protected speech.

The SGA Supreme Court reversed the SGA’s decision and voted to restore ShiftSpace’s funding. While this represents a victory for free expression, it is a qualified one, as the court determined — we think improperly— that ShiftSpace did violate the SGA’s policy but simply incurred too harsh a penalty for doing so.

This is not the first time the SGA Supreme Court has had to intervene to overrule the SGA’s decisions. Late last year, in a unanimous decision, the court determined that the SGA Senate  unconstitutionally denied recognition to a campus chapter of Turning Point USA. The SGA Supreme Court also intervened when the SGA denied official recognition to a prospective chapter of Young Americans for Liberty in 2017 because of the group’s viewpoint.

We are encouraged that ShiftSpace will continue to receive funding.

Student organizations shouldn’t be forced to appeal to the SGA Supreme Court every time the SGA incorrectly punishes protected expression. Instead, the SGA should get its act together and start recognizing and upholding the First Amendment rules under which it operates.

While the court did determine that ShiftSpace had violated SGA policy, we are encouraged that ShiftSpace will continue to receive funding. But it’s long past time that the SGA upholds the free speech rights that the First Amendment, Wichita State, and the SGA promise to Wichita State students.

This blog has been updated to clarify that the SGA’s election commission, not the student senate, was responsible for taking away ShiftSpace’s funding after Shiftspace’s Facebook post.