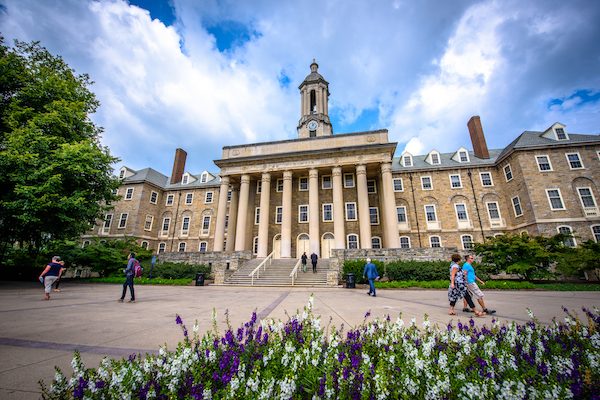 Penn State is lifting the excessive security fees it imposed on the student group Uncensored America, marking a win for free expression in the Keystone State.

On July 14, Penn State responded to FIRE’s letter that objected to the post hoc imposition of the excessive security fees by confirming the levy imposed on the student group for its on-campus event in late April will be discharged. This solution, also confirmed by the group on Twitter, will allow Uncensored America to escape the hold on its account with the university and thereby enable it to schedule and fund events on campus next semester.

By rescinding the fees, Penn State got it right: It responded commendably to a student group fighting for its rights.

We previously warned Penn State that imposing excessive security fees after an event can violate students’ First Amendment rights, because it allows an audience’s reaction, anticipated or real, to dictate the cost of hosting an event. Such an approach can facilitate a “heckler’s veto” by pricing student groups out of holding controversial events. We wrote to Penn State on June 30 explaining as much, and calling on it to resolve the situation by either lifting or significantly reducing the fees.

Penn State’s response models how other universities should respond when the cost of providing security for student events threatens students’ expressive rights. Penn State acknowledged that communication with the student group ahead of the event was unclear with regard to the cost of security, and pledged that administrators will work with Uncensored America “to see that this unexpected bill does not hinder the organization’s opportunity to host future events on campus.”

Universities and colleges have a difficult task in protecting student free expression and ensuring that events with controversial speakers can proceed. If there are legitimate safety concerns about an expressive event, the university must address those concerns while respecting student expressive rights. In this situation, Penn State rescinded the fee and vowed to communicate more clearly about security fees in the future. And as we wrote to Penn State, any such fees must be viewpoint- and content-neutral, and should accord with a public university’s obligations under the First Amendment.

By rescinding the fees, Penn State got it right: It responded commendably to a student group fighting for its rights. In the future, such fees must also be reasonably calculated. We’re optimistic the university will follow through on its promise to work with Uncensored America to ensure future events do not run into the same problems.