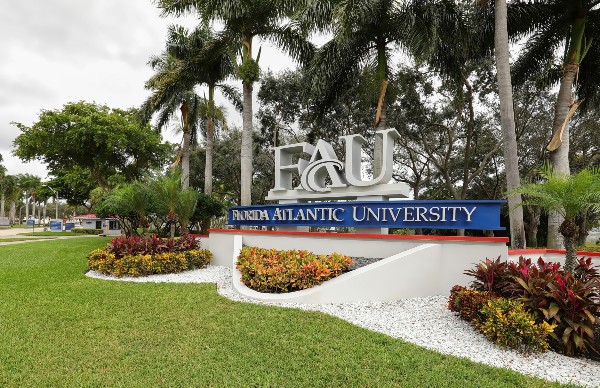 BOCA RATON, Fla., June 23, 2021 — Florida Atlantic University has implemented a revised set of media policies that will protect the rights of student journalists, faculty, and staff. The policy change came on June 17 and was made possible with the help of the Foundation for Individual Rights in Education and a Florida Atlantic University attorney.

This victory for individual rights was 17 months in the making: In November 2019, FIRE called on FAU to revise the policies, which inhibited the student press by routing all interview requests through the administration, crippling the student press and curtailing academic freedom.

“University administrators have a responsibility to their students to be transparent, and the student press is the watchdog that holds them accountable,” said FIRE Program Officer Lindsie Rank, who wrote the 2019 letter to FAU. “This accountability wasn’t possible under the old FAU policies, which silenced faculty, staff, and even student employees, cutting off vital sources of information for journalists. We’re thankful that the school will finally allow student journalists to do their job.”

Rank called the new media relations policies “a model for other institutions in Florida and around the country to follow.”

FAU enforced the policies by asking journalists from the student newspaper, the University Press, to copy media relations on any emails requesting interviews with university personnel. Similarly, media relations insisted on monitoring the interview questions and responses.

“During my time working for the University Press, censorship of faculty and staff was always one of the biggest obstacles to reporting,” said Cameren Boatner, a former journalist for the University Press who alerted FIRE to the problematic policies. “I reached out to FIRE before I graduated to help the future student journalists by removing or at least chipping away at this roadblock.”

As a public university, FAU is bound by the First Amendment, which promises faculty members and student employees the freedom to speak to the media on matters of public concern. Policies and practices that inhibit the ability of students, faculty, and staff to speak freely with journalists chill speech on campus and run contrary to FAU’s obligations under the First Amendment.

FAU’s new policies enshrine freedom of expression for the FAU community, stating that “FAU encourages faculty and students to speak freely on, and seek changes in, academic and institutional policies and to exercise constitutional rights without institutional censorship or discipline.”

“These policies provide clarity to our campus community on the principles that govern interactions with the press, protect the First Amendment rights of individuals, and ensure we effectively communicate FAU’s mission to become the fastest-improving public research university in the country,” said FAU General Counsel Daniel Jones, who worked with FIRE to revise the policies.

Boatner, now an FAU alumna, is hopeful that the new policies will protect both student journalists and FAU employees.

“I hope that the students can use the revised policy to better their reporting for the sake of transparency and accountability,” she said. “And more importantly, I hope FAU faculty and staff are no longer afraid that they’ll get fired for talking to the press.”