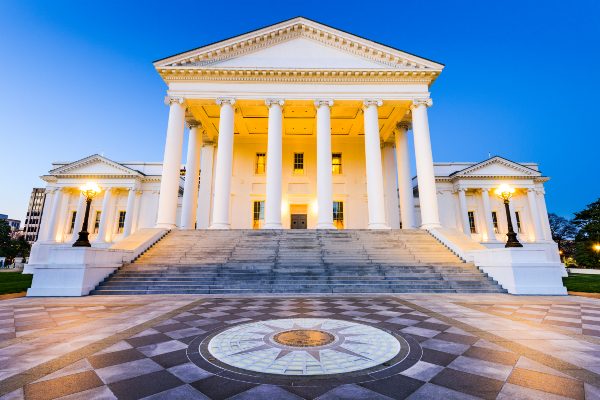 In January, we wrote about a bill that was pending in the Virginia legislature aimed at better protecting the rights of student journalists at the public institutions of higher education in the state. Happily, Gov. Ralph Northam signed HB 36 into law on April 9, following the bill’s passage in the state’s House of Representatives by a vote of  79–16 and in the Senate 28–11. It earned bipartisan support in each chamber.

HB 36 protects student journalists working for public university-sponsored publications from prior review and prior restraint by campus administrators. The relevant provision for students reads:

[A] student journalist has the right to exercise freedom of speech and the press in institution-sponsored student media, including determining the news and opinion content of institution-sponsored student media, regardless of whether the media is supported financially by the governing board of the institution, supported through the use of campus facilities, or produced in conjunction with a course in which the student is enrolled.

It should be noted that HB 36 originally tackled censorship of student journalists in both public high schools and colleges. Addressing censorship of high school students was a primary goal of the bill because legislation is necessary to neutralize the effects of the Supreme Court’s 1988 Hazelwood v. Kuhlmeier decision, which allows K–12 administrators to censor school-sponsored media when there are “legitimate pedagogical reasons” for doing so. But the provisions protecting K–12 student journalists were cut from the final bill, leaving the important provisions preventing the Hazelwood rationale from being applied in the higher education context, as the U.S. Court of Appeals for the Seventh Circuit did in its 2005 decision in Hosty v. Carter.

Virginia joins 14 other states that have enacted “New Voices” bills to protect student journalists, and several other legislatures are considering similar bills this session. We’ll be sure to keep readers updated on the progress in other states as well.